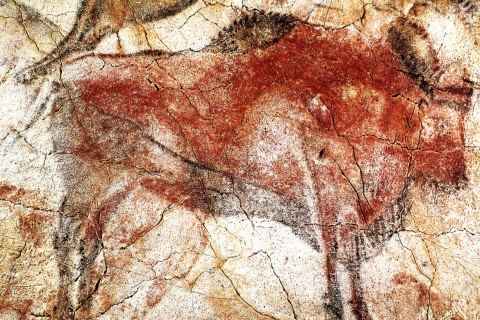 Detail of the Altamira caves in Santillana del Mar, (Cantabria)

In Spain, you can get a history lesson while you enjoy your holiday. Let us show you places to visit where you can discover milestones of human development, like the earliest humans, the birth of art, and the power of the great civilisations.

1) A long time ago… When “Homo Antecessor” roamed the Earth

Take off your suit, put on some furs and grab a spear, because we're going straight into Prehistory. All right, you don't have to wear the furs, you just need to visit the Archaeological Site of Atapuerca, in Burgos. This is one of the most important sites in the world, where fossils of five different hominids have been found, including ‘Homo Antecessor’ and ‘Homo Heidelbergensis’. You can visit certain sites, as if you were a professional archaeologist, and then carry on to the city of Burgos (about 20 kilometres from Atapuerca) to see the Museum of Human Evolution. 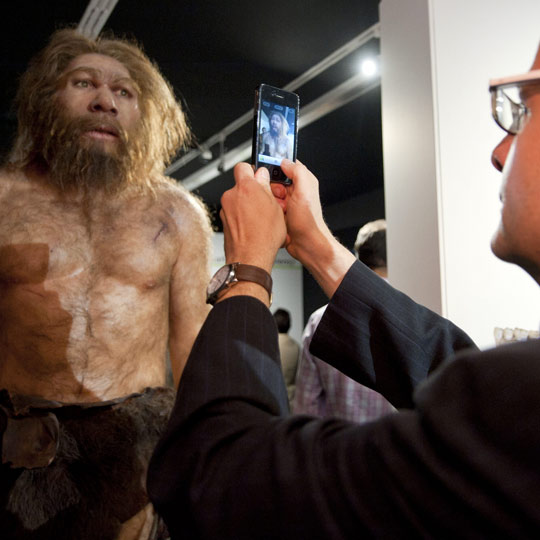 2) And then, humans suddenly discovered art

There are few experiences as thrilling as standing under rock ceilings decorated with cave paintings. Suddenly, you can feel the weight of history. And if we had to pick the ideal place in Spain for an experience like that, it would be Altamira and its caves, in Cantabria. Oddly enough, the first person to see these famous paintings, in the first place in the world where Upper Palaeolithic cave art was discovered, was a little girl. The figures of bison, horses. deer, and hand shapes are so well preserved that it's staggering to think they were painted between 35,000 and 13,000 years ago. Access to the cave is limited. so an exact replica was created in a museum, which is also well worth seeing. If you want to find out more about this story, you might be interested in the recent film Altamira, starring Antonio Banderas. 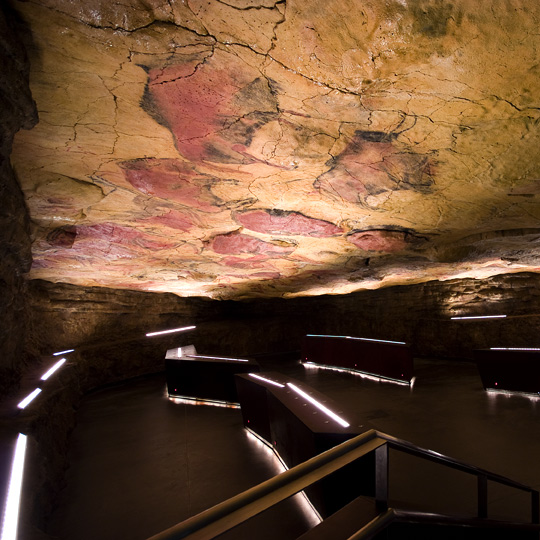 3) In the footsteps of the Phoenicians

Did you know the oldest city in the western world is thought to be in Spain? That city is Gadir, now known as Cádiz, which was founded by the Phoenicians in 1100 BCE. You can visit an archaeological site, on what was once the highest point of the island of Erytheia, and see what streets, homes, and household items were like in the 9th century BCE. The Phoenicians also settled in another wonderful part of Spain, the Mediterranean island of Ibiza. On the south coast of the island, in the municipality of Sant Josep de sa Talaia, you can visit the Phoenician settlement of Sa Caleta, dating back to the late 8th century BCE, and imagine what life was like at that trading outpost. And of course you must see the Phoenician necropolis of Puig des Molins, of great value to studies of the era. 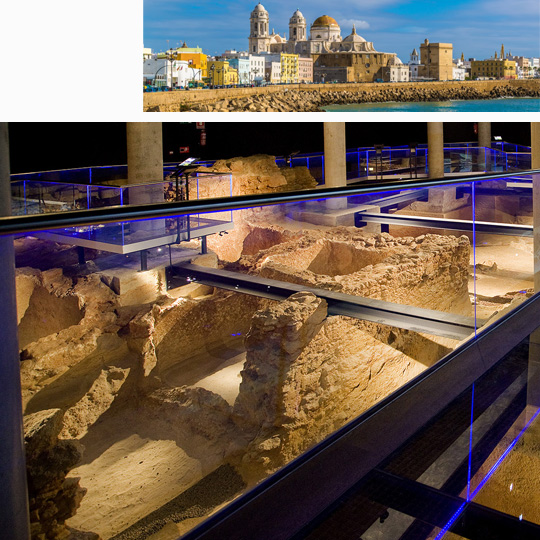 Now we'll jump through time and space to Galicia in north-west Spain, to discover the castros. We are now in the Iron Age, and the castros are hill forts or fortified villages, which were in use for over 1,000 years (from the 6th century BCE to the 6th century CE). One of the best things about visiting these hilltop sites are the fantastic views they offer. There are hundreds in Galicia, although some of the most famous are at San Cibrao de Las, Viladonga, Baroña, and Santa Trega. You can also find them in Asturias, where the Castro de Coaña is probably the most important. 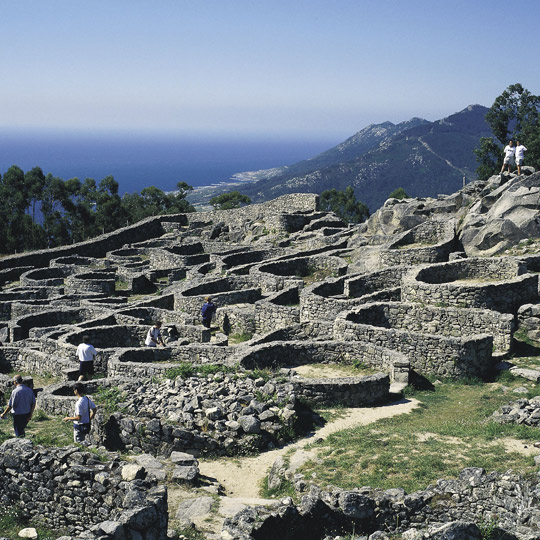 Celtic hill-forts in A Guarda

5) The only Egyptian temple in Spain

Now it's time to solemnly enter a temple dedicated to the gods Amun and Isis. You might think we're talking about Egypt, but no, this is Madrid. In the city centre, near Plaza de España, stands the mighty Temple of Debod, which was begun in the 2nd century BCE and enlarged during the rule of the Roman emperors Augustus and Tiberius. So how did it end up in the capital of Spain? It was donated by the Egyptian government in 1968, to save it from disappearing under the waters of the Aswan Dam. As well as studying the scenes painted inside, we recommend a visit timed to see the sunset. It's quite spectacular!

6) The legacy of the Roman Empire: Hispania

We continue moving forward along the time line. In Spain, there are still traces of the Roman colony of Hispania that have survived the ravages of time. This is the era of gladiators, emperors and impressive feats of building and engineering. We're going to look at two monuments which would take anyone's breath away. First: the Aqueduct of Segovia. 167 unmortared stone arches held together by the balance of forces. Not surprisingly, local legend said it had been built by the devil. Second: the Roman Theatre of Mérida. It was built in 16-15 BCE, to hold an audience of 6,000 people! A magical place, where plays are still staged today. 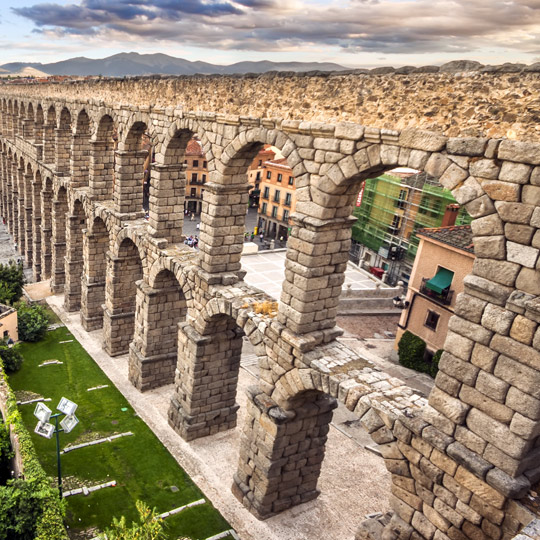 7) The world of the Visigoths

After the fall of the Roman Empire, the Visigoth Kingdom ruled Spain from the 5th to 8th centuries. They chose Toledo as their capital. This fascinating “City of the Three Cultures” has a museum of Visigoth culture in the Church of San Román, and its streets are full of art from that period. Another intriguing site is Recópolis (in Guadalajara), a city founded in 578 by King Liuvigild, which is now an archaeological site. And to round off the Visigoth experience, be sure to see the Treasure of Guarrazar, which on display in the National Archaeological Museum in Madrid. The jewel-studded golden votive crowns are fabulous. 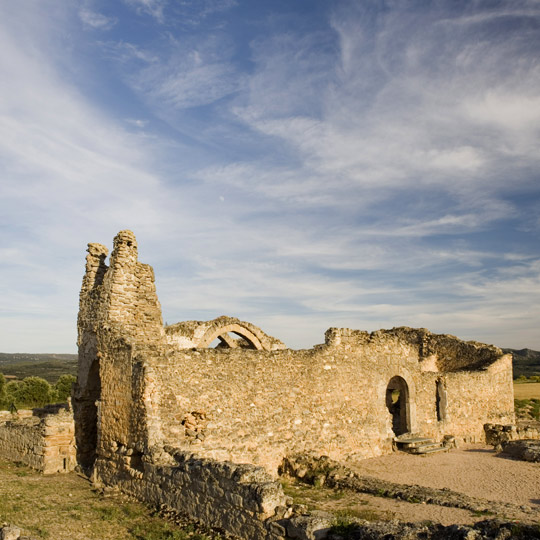 The arrival of the Arab invaders in 711 was the start of a long period which left us some awe-inspiring monuments. We have chosen two magnificent sites for you to visit, both in Andalusia.  We begin with the Great Mosque of Cordoba, regarded as the most important monument of the Western Islamic world. Its history (from the 8th to 18th centuries) is a summary of the Umayyad style's evolution in Spain. When you enter the building and find yourself among over 1,000 columns and red-and-white arches, you'll think you're in another world. Very close by, about 10 kilometres away, the archaeological site of Medina Azahara is also a must-see. Not far away, the city of Granada is home to what many people believe is the most beautiful monument in Spain: the Alhambra. It was begun in the 13th century, in the era of the Taifas. The Alhambra's palaces and gardens are so beautiful, they will make you wish you could stay there forever. 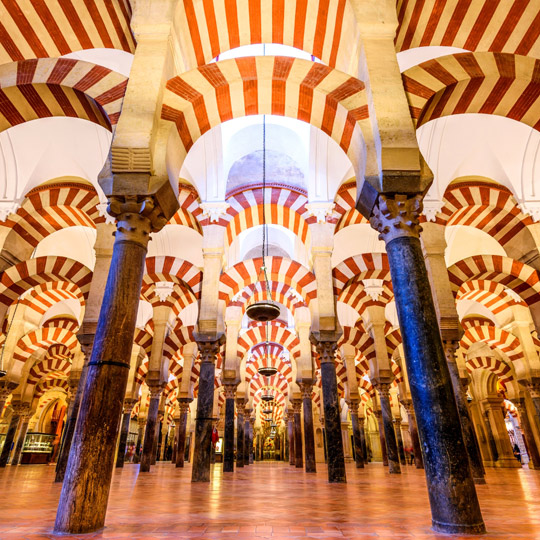 9) The time of the Christian kingdoms

In 1492 the Islamic period ended with the conquest of Granada by the Catholic Monarchs and the discovery of the Americas, when present-day Spain began to take shape. In the arts, Spain would embrace the two major medieval styles: Romanesque and Gothic. For Romanesque art, there is one city we recommend above all others: Santiago de Compostela, in Galicia. Apart from its beauty, the cathedral, begun in 1075, has a special status as the final destination for pilgrims following the Camino de Santiago, as legend says that the Apostle's relics were discovered there. Gothic churches were built as tall as possible, with huge stained-glass windows. Some of the finest examples are the cathedrals of Burgos, León and Toledo. 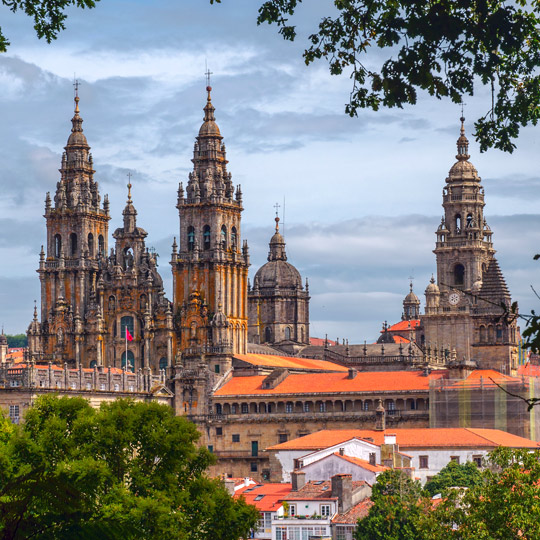 10) To infinity and beyond

Before it became the country we know today, Spain experienced the rule of two great dynasties, the Hapsburgs and the Bourbons. For example, Hapsburg Madrid [‘Madrid de los Austrias’] was dominated by the immense Alcázar, fortress, until it burned down in 1737, to be replaced by the imposing Royal Palace of Madrid and its gardens, which can still be visited today. All the artistic movements that came after the Gothic period left their mark on Spain. From the Renaissance (the lovely towns of Úbeda and Baeza are pure Renaissance) through Baroque and Neoclassicism to Art Nouveau, known in Spain as ‘modernismo’, in the late 19th and early 20th centuries. This last style can be seen at its very best in one city above all: Barcelona play a match. Have you seen Gaudí's masterpieces, such as the Sagrada Familia, Park Güell and Casa Milà? 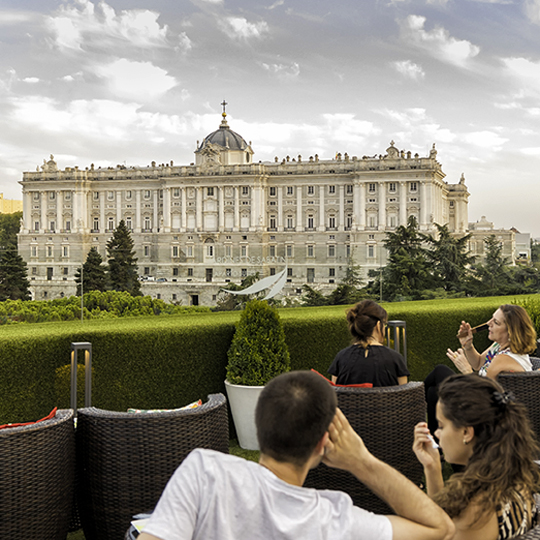 We don't know what great civilisations will flourish in Spain in the future . What we do know is that we've seen Ice Ages, discoveries, different cultures, different ways of thinking… The journey has been eventful, and above all, fascinating.

Güell Park, in Barcelona
Find out more about...
What to do