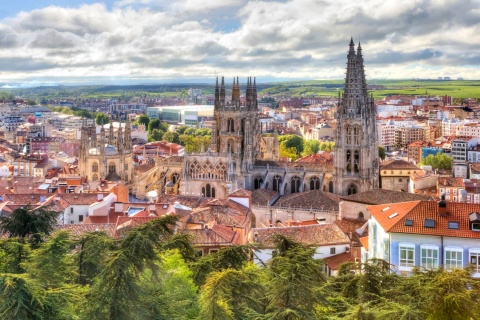 One of the finest examples of Spanish Gothic art.

This cathedral is outstanding for the elegance and harmony of its architecture, and it is the only one in Spain which, for its cathedral building alone, has received the UNESCO World Heritage designation.

Although it is predominantly Gothic, the cathedral also displays other artistic styles, given that it was built over a period lasting from 1221 to 1795. Its main façade is the Puerta del Perdón, with a starred rose-window and a gallery of statues of the Castile monarchs. On either side are its 84-metre towers, crowned by magnificent 15th century spires with open stonework traceries.

Its most beautiful group of sculptures, however, is to be found on the Puerta del Sarmental façade, with the image of a Pantocrator surrounded by the apostles and evangelists. Inside, special mention should be made of the dome of the main nave, topped with a beautiful Mudejar vault. Beneath it lie the remains of Rodrigo Díaz de Vivar, known as “El Cid Campeador”, and his wife, Doña Jimena. Close by you will find the beautiful Escalera Dorada (golden staircase) by Diego de Siloé, built in the 16th century and inspired in the Italian Renaissance. In the side-naves of the cathedral there are 19 chapels, with the Condestable and Santa Tecla chapels standing out especially. There are also valuable works of art to be enjoyed: a unique collection that includes altarpieces, paintings, choir stalls, tombs and sculptures, amongst other objects. 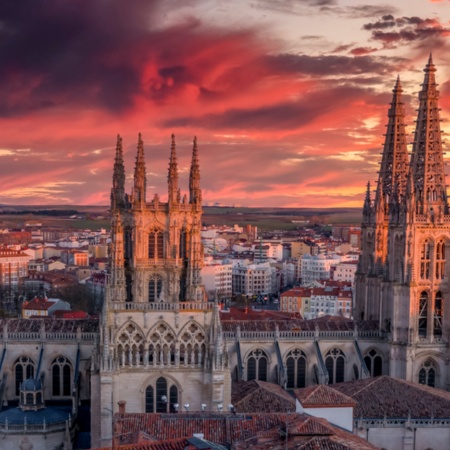 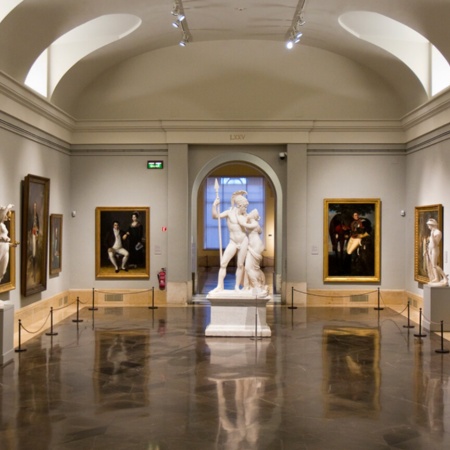 These art treasures are housed in the church of San Esteban.

This is a Gothic church whose greatest treasure is the High…

This is one of the most beautiful Gothic churches in Burgos.…

This Gothic-style church has an open floor plan.

An educational centre to understand the evolution of man thanks…