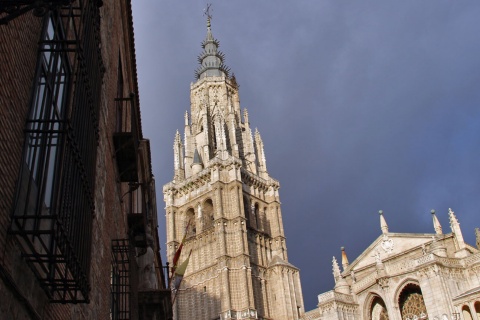 The temple dates back many centuries, but has only existed as a Christian church since the nineteenth century.

The temple was actually built on top of a Muslim mosque, and before that it had been a church in the sixth century during the reign of the Visigoth King Recaredo. King San Fernando and the archbishop began building the new church in 1226. The fifteen chapels of the ambulatory were subsequently completed. In the year 1300 the transept nave was completed, although work continued on the church for the next two centuries.

The church has five naves and measures 120 metres long and 59 metres wide. The roof is supported by 88 columns. The polychromatic stained glass windows date back to the fourteenth, fifteenth and sixteenth centuries. The altarpiece in the main chapel has five sections, depicting scenes from the New Testament, along with life-sized polychromatic sculptures made of gilded wood. It was commissioned by Cardinal Cisneros and made between 1497 and 1504. The fifteenth century Santiago Chapel, has a flamboyant Gothic style and houses the sarcophagi of Alvaro de Luna and his wife Juana de Pimentel. The impressive choir is considered as one of the grandest in all Christendom. The grille that surrounds the choir is by Domingo de Cespedes. The lower choir stalls were begun in the fifteenth century depicting scenes of the surrender of cities and fortresses up until the conquest of Granada.

The upper choir stalls are made up of 72 ceremonial chairs that were designed by Alonso de Berruguete and Felipe Vigarni, in the sixteenth century. The so called 'Ochavo' is a large sumptuous room from the sixteenth century dedicated to the martyrs and witnesses of Christ, housing invaluable works of art, such as the reliquary of San Luis, a bust of St. John the Baptist and the cross of Cardinal Mendoza. It is possible to view works by Lucas Jordan and el Greco in the main sacristy. 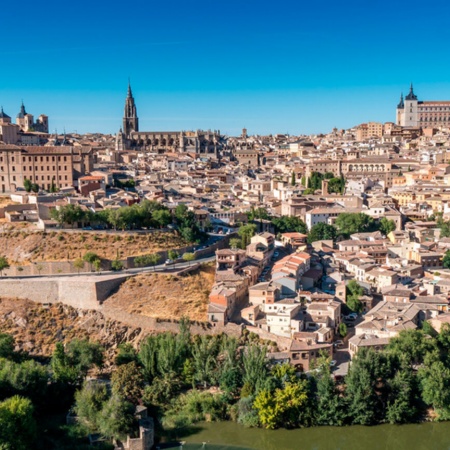 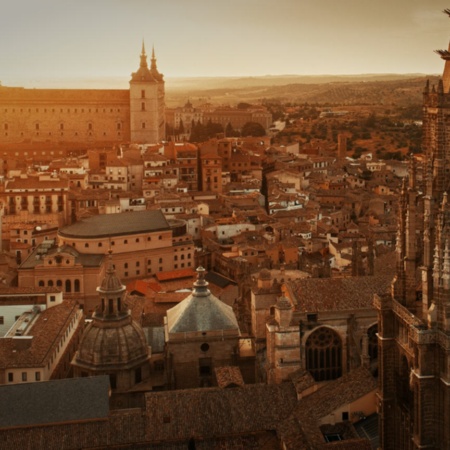 Museum of Visigothic Councils and Culture

The museum contains treasures and replicas from this…

Located in the Cathedral, it includes several interesting areas,…

It dates from the year 999 and remains intact to this day.…

Considered one of the most striking Mudejar temples in Toledo.…

Built in the fifteenth century by the first count of Fuensalida.…

Is it possible to find a gastro-market built over archaeological…

The Cathedral's Tapestry and Textile Museum

The collection includes tapestries and textiles from Toledo…