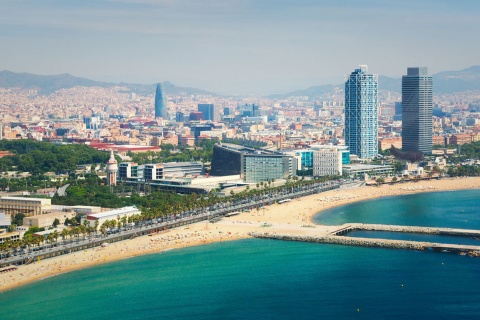 One of the most beautiful cities in the world

The wide array of cultural and leisure activities make Barcelona one of the most visited cities in the world. In fact, as a cosmopolitan destination, you can find almost any type of plan in Barcelona. If you are visiting for the first time, perhaps you want to make the most of the weekend, enjoy the main attractions and soak up the atmosphere of the city to return again in the future. The truth is that two days is not much time to explore the city, but at least you can try.

The old town, the maritime area and views from Montjuïc are the basis of our first day in Barcelona.

A walk round the historic centre

The first thing to do in the morning is have a spot of breakfast in the most charming area of Barcelona, the Gothic quarter, because of the plethora of traditional chocolate and cake shops. After this you can lose yourself among the Roman and medieval alleyways. Walk around and take in the Plaza del Rey, the Cathedral, the Sant Felip Neri Church, the palaces of the Generalitat and the City Hall, and the Santa María del Pi Church. There are scenes that seem to come from a fairytale world, such as the beautiful Bisbe bridge which connects the Generalitat with Casa dels Canonges.

From here you can make your way to the most famous street in the city: La Rambla, 1,200 metres long and any visit to Barcelona would be incomplete without walking along it. Terraces, streets artists, florists and kiosks are spread out along the road and as you move along you will find some very famous places including the Boquería Market (interested in doing a Spanish cooking workshop?), the Plaza Real and the Gran Teatre del Liceu. When La Rambla reaches the sea you will come across the Colombus Monument with views of Barcelona from its viewing gallery.

At the end of La Rambla is the area known as Port Vell (old port). If you keep walking through Moll de la Fusta (wooden dock), you will see contemporary sculptures, moored boats, and much more. And you can keep going until you reach Barceloneta beach. Make the most of it by reserving a table in one of the area’s restaurants specialising in paella, ‘fideuá’ and sea food. And you'll be even luckier if there is a terrace with a view of the sea. If the weather is good enough you can also take a dip in the sea.

View from the cable car to Montjuïc in Barcelona, Catalonia

If you have time before dinner and want some special views of the port and the city then why not climb up the Montjuïc mountain. It is easy to get to with the funicular or cable car from Paral·lel station. This is where you will find the National Art Museum of Catalonia and the Joan Miró Foundation.If you are pushed for time then it might be better to just stroll around the beautiful Parc de la Ciutadella, the lungs of Barcelona.

Magic Fountain and dinner in El Raval or El Born

If you have been to Montjüic then you will definitely like watching the show of lights, music and water at the Montjüic Magic Fountain at night (depending on the season it usually occurs between 8 pm and 10 pm).

When it is time to have dinner you can head to El Born, a charming, cool neighbourhood that also includes some of the city’s major attractions, such as the Picasso Museum and Santa María del Mar church. It is, without doubt, an ideal place to have dinner and a drink. 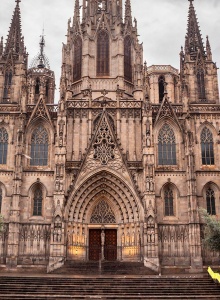 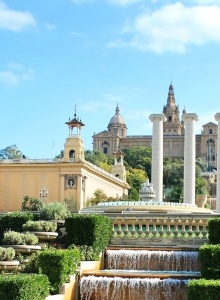 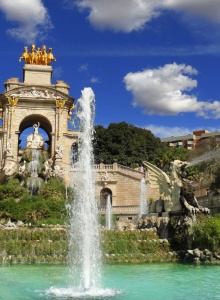 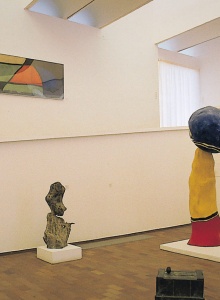 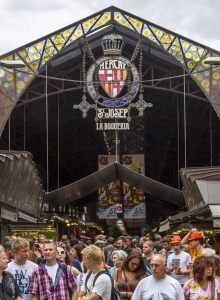 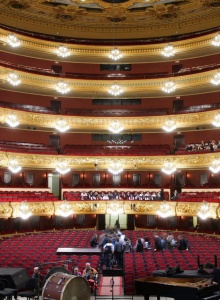 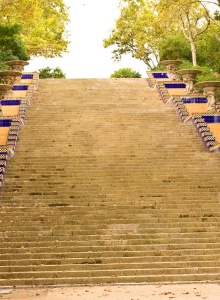 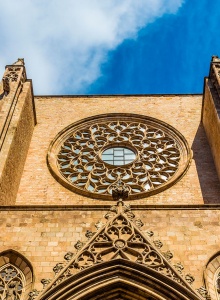 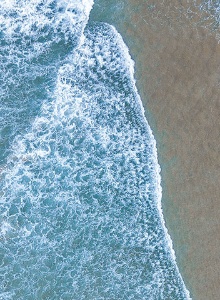 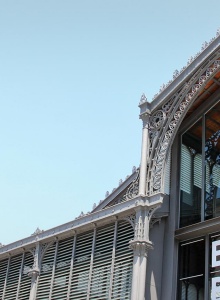 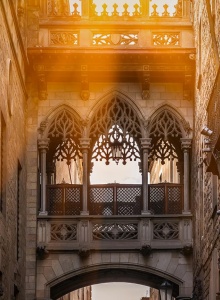 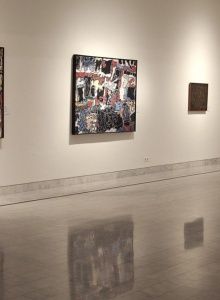 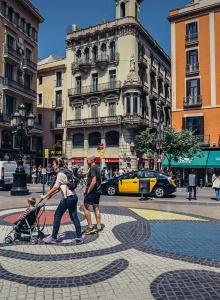 Modernism, and in particular the works of Antoni Gaudí, is the main feature of our second day in Barcelona.

Morning at the Casa Batlló and La Pedrera

We start today's journey in Plaça de Catalunya with some pa amb tomàquet (bread with tomato) for breakfast, and walk 10 minutes to Casa Batlló, halfway up Passeig de Gràcia. Casa Milà, also known as La Pedrera, is a bit further on, on Carrer de Provença. These two Art Nouveau buildings are part of the UNESCO World Heritage Site of works by Gaudí, with stunning exteriors. If you have more time, we recommend going inside to learn even more about the imagination and impossible shapes of Gaudí.

You can also sign up to the Barcelona Walking Tours Modernism route through the Quadrat d’Or to learn everything about Catalan Modernism. And as you are already on Passeig de Gràcia and surrounded by some of the most exclusive brands in the city, why not spend some time shopping!

The Blue Route on the Barcelona Tourist Bus stops opposite the Sagrada Familia, a UNESCO World Heritage site, and we recommend buying your ticket for the monument in advance. This is a special moment of the trip as we are about to discover an international symbol of architecture as well as Gaudí’s most famous work. Although construction has been ongoing since it was started in 1882 (it is forecast to be completed in 2026), it is worth climbing to the top of the original towers to check out the magnificent view of Barcelona. And here's an interesting fact: did you know that Gaudí’s body was buried here after he was hit by a tram?

Lunch in Gràcia and Park Güell

The same Blue Route on the Tourist Bus drops us off in Park Güell. But first, we need to stop in the Gràcia neighbourhood for lunch. This is one of the most charming areas of Barcelona. People tend to say this neighbourhood has a community feel because the neighbours all get along and, alongside the traditional bars and restaurants, you will find shops opened by new designers and multicultural restaurants.

After lunch, you could stroll around Park Güell, also by Gaudí and one of the best spots to enjoy an afternoon. You will definitely want to take photos on the Dragon Stairway and in the Hypostyle with the panorama of the city in the background. There are 50-minute guided tours of the park in several languages if you want to discover its secrets.

To finish your trip in the best possible way, and if you like fine dining, is to indulge yourself at one of the most famous restaurants in the city. Some of them are in the Eixample area: Lasarte, Moments, Caelis, Hofmann, Disfrutar, Cinc Sentits, Tickets, Via Veneto… There are plenty to choose from. If not, you can enjoy the sea breeze on the Mediterranean coast at Port Vell or spend some quality time in a bar in the Maremàgnum.

It is difficult to see everything Barcelona has to offer in just two days. So if you can give yourself more time (for example, arriving on Friday evening if you are coming for a whole weekend), we can recommend two spots a bit further from the centre that are also very interesting.

Left: Views of the Tibidabo / Centre: View of Barcelona from the bunkers of Carmel / Right: Outside the Camp Nou Stadium in Barcelona, Catalonia

The first plan consists of taking the funicular up Mount Tibidabo, to the theme park. This is perfect if you are travelling with children. The second idea is less well-known but more original, especially for children - a visit to the Carmel Bunkers, which many say is the best viewpoint of Barcelona, despite being a bit further away. The bus services V17, 24, 92, 114 and 119 will leave you close by, but you still have to walk for 10 minutes. It is unmissable if you want to see how the city is lit up at sunset!Of course, we cannot forget the football fans. If the FCB stadium is calling you more than culture, the Camp Nou tour, the Camp Nou Experience, includes a visit to the museum, the trophy room, the tunnel to the pitch, the press room, and much more. 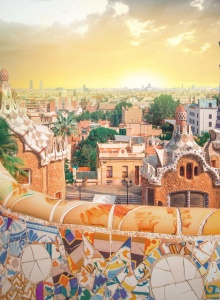 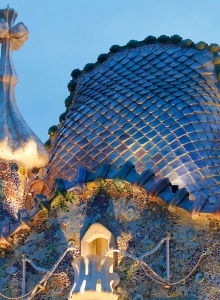 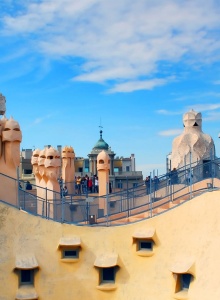 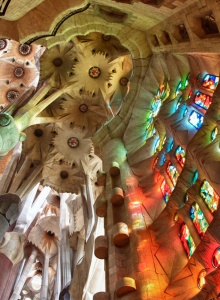 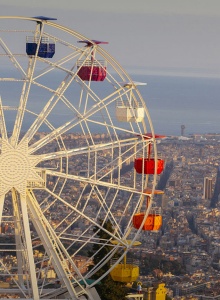 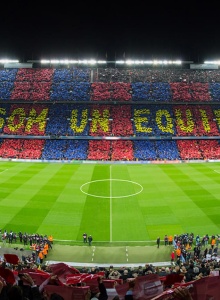 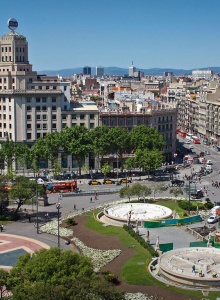 If you are visiting Barcelona for the first time or you don’t have very long to see it, we recommend that you take a tour on the Barcelona Tourist Bus, the best way to see all the sights and places of interest.Here you can find a selection of the different tours and guided tours that you can do in the city.Some of the most popular excursions you can do from Barcelona are: Figueres and the Dalí Museum, Port Aventura and Ferrari Land (especially if you are travelling with children) or Montserrat and its famous monastery.

When to go on the trail

Two special dates for getting to know the city could for example be to coincide with two of its most popular festivities: Sant Jordi (23 April and Book Day) and La Mercé (the week of 24 September). 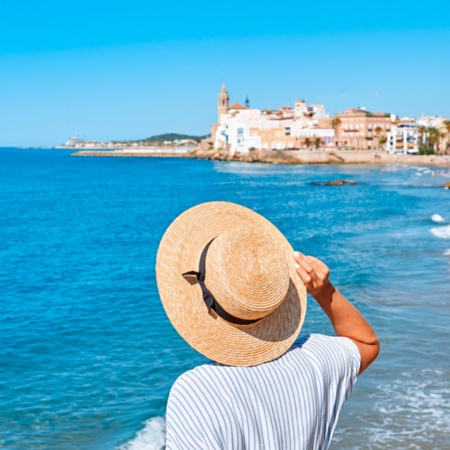