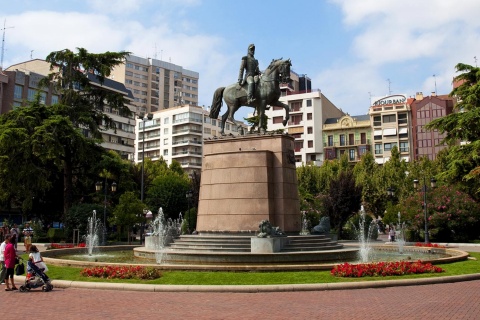 Logroño is a city rich in history and traditions which have been preserved since the Middle Ages. The Pilgrim's Route to Santiago de Compostela made this one of the most important towns on the route, leaving an interesting monumental legacy closely linked to the traditional passing of the pilgrims.

The history of Logroño cannot be separated from the Pilgrim's Route to Santiago de Compostela. Such much so that the city did not gain importance until the rise in popularity of the route, beginning in the 11th century.

The Codex Calixtinus (12th century), the first guide to the Pilgrim's Route to Santiago de Compostela, makes mention of Logroño in its pages. And it is a fact that the passing of merchants, artists and pilgrims through the cobbled streets of the capital of La Rioja for centuries has made the city a crossroads of considerable cultural importance. The river Ebro passes through the city and spanning it are two bridges which are used to connect Logroño with Navarre and Álava. The oldest of them is the Puente de Piedra (stone bridge), which takes the Pilgrim's Route to Santiago de Compostela into the city. Originally (in the 11th century), it was fortified by four arches and three towers. Another bridge, this time made of iron and built in the 19th century, also crosses this tidal river. Still standing from the old walls which surrounded the city are the Revellín wall and the Carlos I gate. During the festivals to honour Logroño's patron saint, this site is the scene of ceremonies which commemorate the French seige of the city. Around the Rúa Vieja, traditional thoroughfare of the pilgrims bound for Compostela, the most significant examples of St. James architecture appear, such as the Pilgrim's Shelter or the famous Pilgrim's fountain. Nor does the church of Santiago leave any doubts as to the importance of this pilgrim's road. This monumental building, erected in the 16th century, has a single nave and its façade displays a tremendous image of Santiago Matamoros. Inside, the image of Logroño's patron, the Virgen de la Esperanza, is venerated. The historic centre has significant cultural sites, such as the Cathedral of Santa María la Redonda (15th-18th centuries), whose baroque towers rise above the Market square. The current cathedral premises stand on the site of old circular Romanesque church. Outstanding among the major sculpture work present in the building are the carvings of Gregorio Fernández and a representation of the way of the cross by the Renaissance maestro Michelangelo. There are many churches in Logroño and prominent among them is Santa María de Palacio, the oldest in the capital of La Rioja, which dominates the city's skyline with its Gothic spire. Inside, there is a magnificent cloisters, a Flemish reredos and several Romanesque pieces to admire. Close by is the Mudejar tower of the church of San Bartolomé, devoted to the patron saint of the city. Built in the 12th century, it preserves an exquisite sculptured main front and is the only example of Romanesque art in the city. Logroño also has fine examples of civil architecture, such as the palaces of the Marquis of Legarda, Los Chapiteles or the Museum of La Rioja, located in the palace of Espartero, a baroque construction from the 18th century. The avenues and squares of Logroño are also a good alternative for enjoying the atmosphere of the streets. The Paseo del Espolón is one of the emblematic centres of the city and the Market square a popular meeting place for its inhabitants.

The rich soil of La Rioja enables the preparation of some of the specialities which make up its recognized culinary tradition. Asparagus, beans, peppers, artichokes and other vegetables and pulses are the basic ingredients of a long list of dishes such as vegetable stew, potatoes "a la riojana", lamb and kid cutlets with vine shoots or stuffed peppers. The traditional desserts are pears in wine, the almond pastries from Arnedo or the marzipan from Soto (made with sugar and ground almonds). La Rioja is synonymous with great Spanish wines. For decades, wines from La Rioja, protected by their own Designation of Origin standard, have been an obligatory reference throughout Spain and beyond. The deep tradition of devotion to St. James which exists in La Rioja is felt in each and every one of the towns which the Pilgrim's Route to Santiago de Compostela crosses in this province. Leaving Logroño behind, the French Road passes through Navarrete, with the remains of a pilgrims' hospital, and Nájera, a former royal court. In this latter place, we can stop to admire the Monastery of Santa María la Real, which is noteworthy for its splendid cloisters and its use as a pilgrims' shelter. Continuing along this route, walkers must branch off a few kilometres to San Millán de la Cogolla to admire the incredible beauty of the site formed by the Monasteries of Suso and Yuso, declared World Heritage Sites.Santo Domingo de la Calzada is the last great staging post of the Road in La Rioja. Outstanding in this well-looked after town are its walls, its Roman road and the Cathedral of San Salvador. Welcoming the visitor are a Casa del Santo and the Parador de Turismo, a former pilgrims' hospital built in the 12th century next to the cathedral premises. Off the Pilgrim's Route to Santiago de Compostela, other towns of major importance in La Rioja are Calahorra, capital of Lower Rioja, which has a Parador de Turismo; neighbouring Alfaro, in whose historic quarter stands the collegiate church of San Miguel Arcángel (16th-17th centuries); and Haro, a stately town which has become the centre of the Rioja region's wine production. To the south of the region you can tour the Route of the Dinosaurs, an itinerary which takes in the tracks left by these prehistoric animals. Another of La Rioja's attractions is its wealth of nature. The Sierra de Cebollera National Park, in the Los Comeros region, bordering on the province of Soria, is home to one of the greatest examples of glacial scenery in the peninsula. 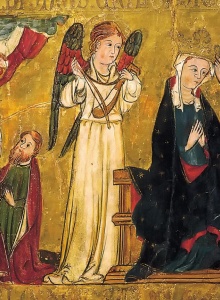 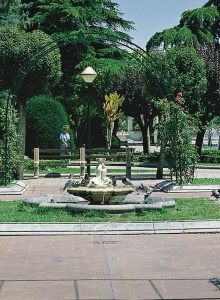 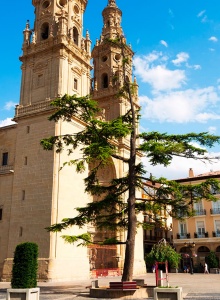 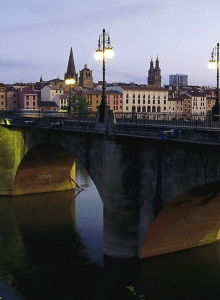 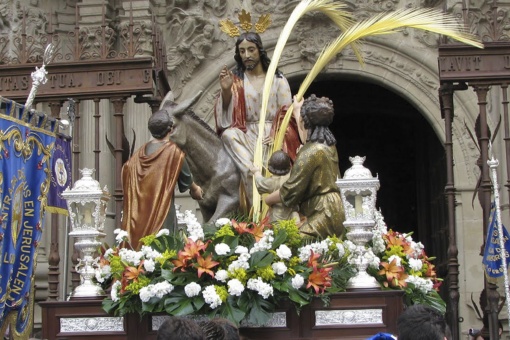