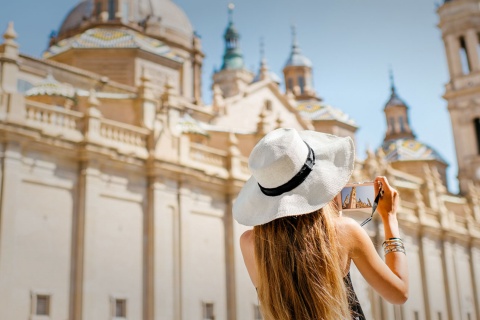 Tourist taking a photograph of the Basílica del Pilar in Zaragoza, Aragón

The city of El Pilar

Zaragoza is the perfect destination for a city getaway. Here, you will find the best way to discover the city in two days and endless ideas for your next visit. Exploring Zaragoza on foot is easy, since most of its tourist attractions are found in the old town, one of the largest in Spain. And that's where we begin this route through Zaragoza in two days:

If this is your first time in Zaragoza, spend the first day getting to know the old town and the surroundings of Plaza del Pilar.

Places not to be missed: The Basilica and the Seo

Among the many must-see sights, there are two you simple cannot miss, the two cathedrals of Zaragoza: the Basilica de Nuestra Señora del Pilar and the Cathedral of El Salvador.In the Basilica of El Pillar, pay attention to the details of the 16th century main altarpiece, the works of Goya, the lookout tower of San Francisco de Borja and, of course, the beautiful carving of the Virgen del Pilar.

Close to the basilica, you can find other iconic buildings: the building of the Zaragoza city council, the Lonja of merchants, the Goya cenotaph, the archbishop's palace with the Alma Mater Museum and the Caesaraugusta Forum Museum.The Cathedral of El Salvador, the city's main temple and a jewel of Aragonese Mudéjar art, is your other unmissable stop. Inside, you can also find the magnificent Museum of Flemish Tapestries.

The pleasure of eating in Zaragoza

In Zaragoza, you can choose from a multitude of restaurants, taverns and bars to enjoy the local gastronomy, from the most traditional tapas to the most innovative creations. You can also choose between a traditional meal or a tapas crawl through the most famous areas: Tubo, Plaza San Miguel, Magdalena, Plaza Santa Marta, the Central Market, Plaza San Francisco and many more. Zaragoza is a great city, with a lot of social live and constant animation. Its always vibrant streets invite you to enjoy the rich taste of tapas in the outdoor sitting areas.

An afternoon of culture and local colour

Without leaving the old town, you can keep enjoying the history of Zaragoza by visiting the Roman remains of the ancient Caesar Augusta in the museums of the Port, the Theatre, the Forum and the Baths. But you can also opt for other artistic styles in author-themed museums: the mastery of Francisco de Goya at the Goya Museum, the avant-garde art of Pablo Gargallo at the Pablo Gargallo Museum, located in the Renaissance palace of the counts of Argillo, or the genius of Pablo Serrano at the Aragonese Institute of Contemporary Art and Culture, IAACC Pablo Serrano.You can also choose among the many cultural venues, exhibition rooms and museums/monuments found in the city to satisfy our cultural curiosity: the Museum of Zaragoza (with archaeological items from the province of Zaragoza and an important Goya collection, among other pieces), the Museum of Natural Sciences, the Patio de la Infanta (room of the old Zaporta house-palace), the Caixaforum or the Real Maestranza de Caballería, among others. Now take a tram or go for a pleasant stroll away from the city centre, until you reach the Grande Jose Antonio Labordeta park, Zaragoza's main park. A space that stands out for its diverse settings designed in detail, as well as its fountains, outdoor sitting areas and viewing points. Its streets and gardens showcase events, live music, temporary exhibitions or even festivals like Zaragoza Florece.

In Zaragoza, you can choose between different areas to have a succulent tapas dinner. Whether in the beautiful Plaza San Francisco, on Calle Bretón, in the Delicias neighbourhood or in La Bombarda, in San José, in Torrero or even back in the old town with the Tubo, Magdalena, San Miguel, etc. In any of these areas, you can enjoy the nightlife of the outdoor areas and the gastronomic fusion of tradition and avant-garde.

Begin the second day on the banks of the Ebro, next to the Roman wall of Caesar Augusta.

Walking along the banks of the Ebro

From the top of the Zuda fortified tower, in the natural viewing point of the four cultures, you can appreciate the greatness of the Roman buildings, the majesty of the Plaza del Pilar, the modernist beauty of the Central Market and the wide riverbed of the Ebro as it passes through Zaragoza.Walking along the banks of the Ebro, you reach another essential jewel of Zaragoza, the Arab palace of Aljafería. This 11th-century building is one of the northernmost Islamic constructions in Europe. Its fortified exterior contrasts against the dazzling beauty of its interior craftwork: its Mudéjar art declared a World Heritage site by the UNESCO, the breath-taking myrhab, its alveolate arches, the orange tree patio, the golden hall and the solemnity of the hemicycle of the Cortes de Aragon, whose seat is this "palace of joy".

A journey through nature

Leave the palace for the Ebro river to reach, on its other bank, the largest natural space in Zaragoza: the Luis Buñuel water park. After its refurbishment as the venue for the Expo 2008, the natural meander of the Ebro as it flows through Zaragoza has become a green space of wild nature located just a few minutes from the city centre.Inside the old Expo site, you can still enjoy the contrast created by the modern buildings built for the exhibition, such as the water tower, the beautiful bridge pavilion by Zaha Hadid or river Aquarium, and the wild nature of the Ebro's riverside flora.To take a break and replenish your energy, you can enjoy a relaxing meal with views of nature from one of the establishments with an outdoor sitting area, or even on the roof of the Aquarium. In the afternoon, you can learn about the fauna of the river Aquarium, with animals from the largest rivers of the five continents: the Nile, the Mekong, the Amazon, the Murray-Darling and, of course, the Ebro.To end the day with the best of images, head back to the basilica on the left bank of the Ebro. As you walk along the riverbank, you can enjoy beautiful panoramic views of the buildings near the riverbed. From the bridges over the Ebro (Puente de Piedra and the natural viewing point of San Lázaro, Puente de Santiago and Puente de la Almozara), you can capture the best farewell images of Zaragoza, with the Basilica of El Pilar, the town hall and La Lonja reflected on the river. 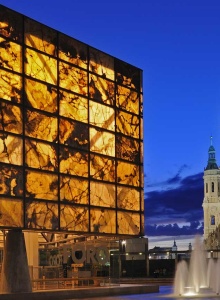 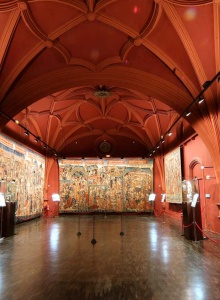 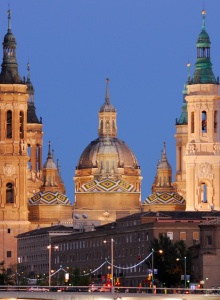 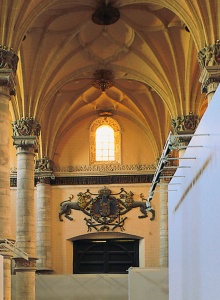 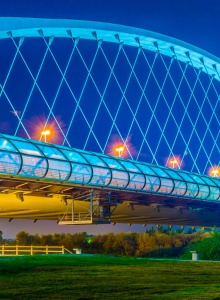 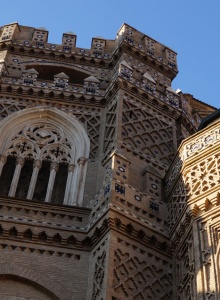 The Seo, or Cathedral of San Salvador 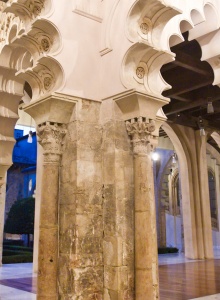 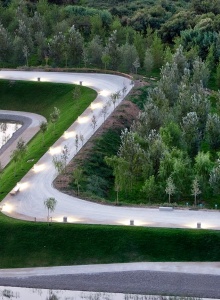 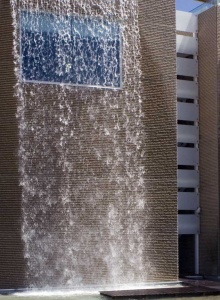 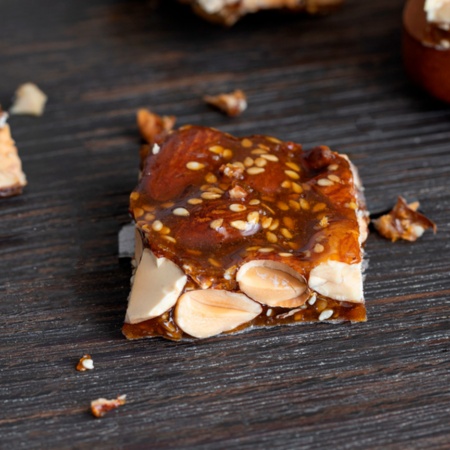 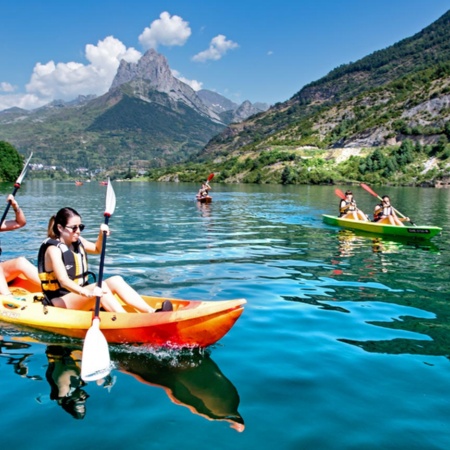 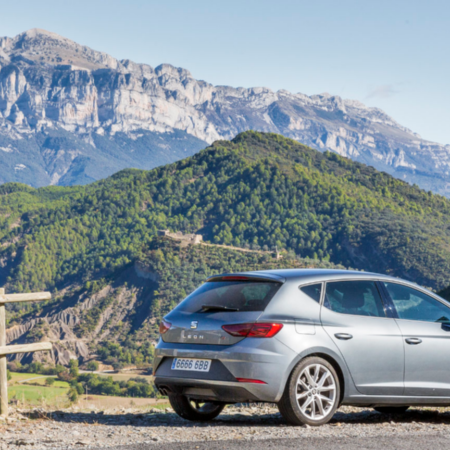 Slow driving in Aragon: routes for enjoying the road