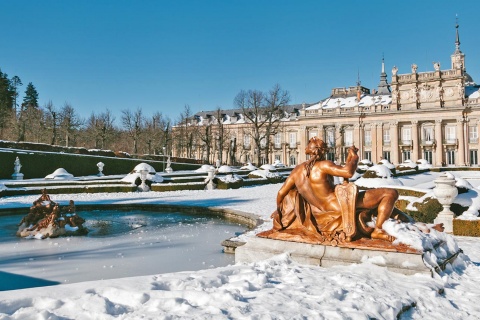 Plans to show that the cold is no excuse

Winter, which officially starts around 22 December and ends around 21 March, is a great time to travel to Spain for many reasons. For one thing, you can enjoy everything you love about winter, but it's usually sunny, with milder temperatures than most of Europe and not much rain. In many places cold weather means snow and winter sports, and everywhere there are traditional seasonal dishes to warm you up. And if you would really rather skip winter and go straight to spring, you can visit the Canary Islands to enjoy a perpetual gentle 24 degrees centigrade and spend some pleasant days on the beach.This season is full of traditions you will love, from the fun of Carnival to Christmas or Easter, which is often celebrated in late winter or early spring. We are going to tell you about some of the travel plans that make Spain a fantastic winter destination.

The calendars for large cities, such as Madrid, Barcelona, Bilbao, Valencia, Seville and Malaga are packed during these months. Escape to one or more of them this winter and as well as sightseeing, you'll find infinite possibilities for entertainment, such as a musical at the theatres on Madrid’s Gran Vía, a Barça football match in Barcelona, the latest exhibition at the Guggenheim Museum in Bilbao, an opera at the Palau des Arts in Valencia, a flamenco show at a “tablao” in Seville, or rediscover the works of Picasso in his birthplace of Malaga with temporary exhibitions at the Picasso Museum. All these cities have international airports and most of them have high-speed train connections. 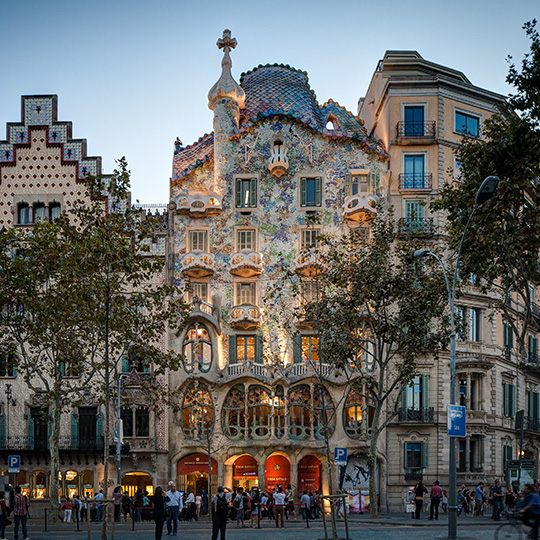 These islands off the south-eastern cost of the Iberian Peninsula (less than three hours by plane from Madrid) boast what many describe as one of the best climates in the world. The average temperature is around 22 degrees centigrade, so even in winter most people wear summer clothes. Thanks to the mild climate, winter is as good a time as any to explore the landscapes of their four National Parks or to have special experiences like seeing out the year with a swim and sunbathing on 31 December on one of their beautiful beaches. 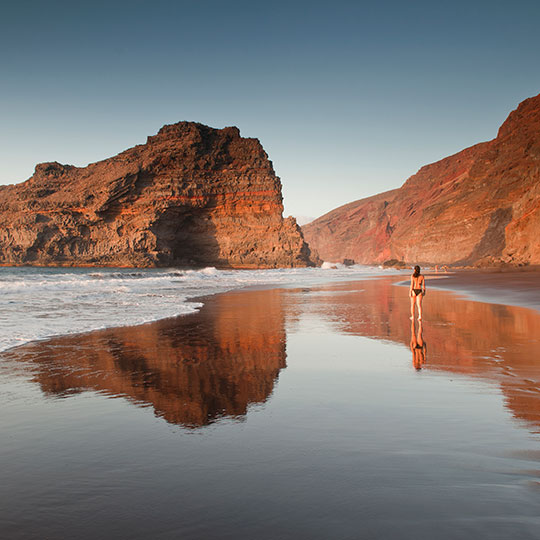 A SWEET CHRISTMAS IN SPAIN

From the end of November, you can already feel the Christmas atmosphere in Spain. The streets are adorned with lots of lights and decorated Christmas trees, and the squares in many cities are full of markets selling all types of traditional foods and crafts, fairs and ice-skating rinks. If you decide to spend Christmas here, you can have some truly Spanish experiences: seeing enormous nativity scenes, running the famousSan Silvestre Vallecana race, eating 12 grapes during the 12 strokes of midnight on 31 December to see out the year (we call New Year’s Eve “Nochevieja”, or Old Night), receiving gifts from the Three Kings on 6 January...and why do we call it “sweet Christmas”? Because sweet treats, such as “turrón”, “polvorones” and marzipan, are an essential part of the festivities. 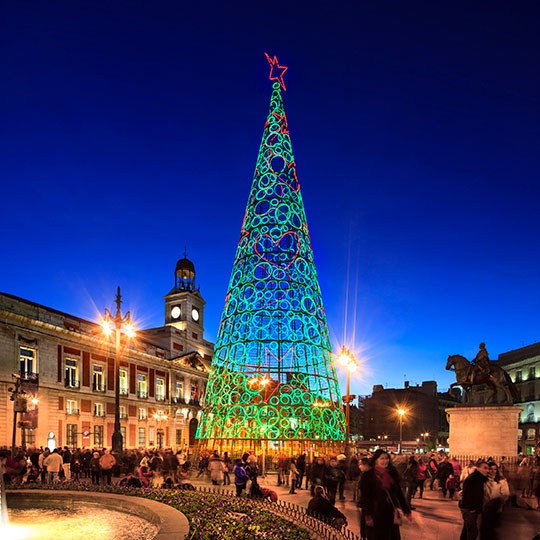 GO SHOPPING AND ENJOY THE SALES

If you are someone who loves shopping, please note that the best sales in Spain are held in winter. They normally begin on 7 January, although certain cities like Madrid bring them forward, to as early as 1 January. Depending on the region of Spain they may go on longer and even last until the end of March. 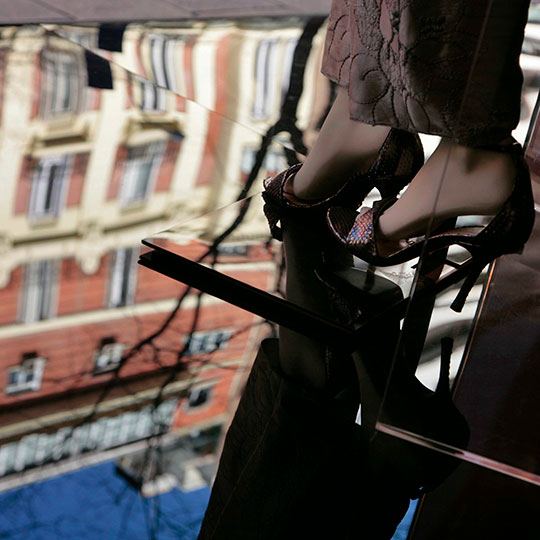 Why not? St. Valentine’s Day comes around on 14 February and can be an excellent excuse to gift someone a romantic getaway in Spain. What experiences are especially romantic? It depends on what you like, but there are always safe bets, such as a ride in a horse-drawn carriage around the old quarter in Seville, seeing the sun set over the Alhambra in Granada dusted with snow, a night-time stroll by the Royal Palace in Madrid, spending the night in a castle or palace (many Parador Hotels are restored heritage buildings) or curling up by the fire in a country guesthouse or a cosy little hotel in an enchanting village, such as Aínsa, Albarracín, Ronda, etc. There are hundreds of them! 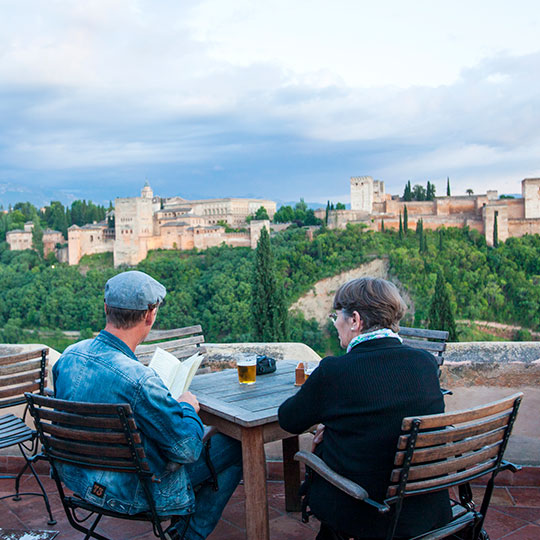 SEE TWO OF THE MOST TRADITIONAL FIESTAS

These traditional events are as old as they are fascinating. In February, the whole country celebrates Carnival. This is a time for fancy dress costumes and partying in the streets. The most popular Carnivals are in Santa Cruz de Tenerife (on the island of Tenerife in the Canary Islands), Cádiz (in Andalusia), Águilas (in the Murcia region) and Xinzo de Limia (in Ourense, Galicia). After Carnival, in late March or April, Holy Week, is one of the most traditional and deeply felt events on Spain's calendar, filling the streets with passion, religious processions and the sound of drums. The Easter traditions in Andalusia, Aragon, Castilla y Leon, Castilla-La Mancha, Cantabria, the Community of Valencia and the Region of Murcia are especially well-known. 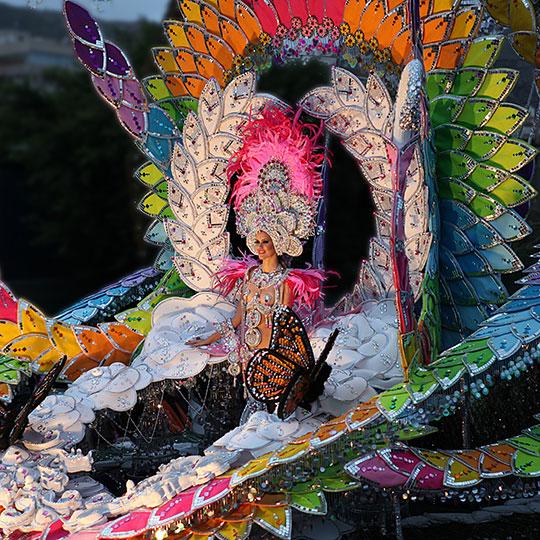 “Spring is the season of flowers” - that’s what we have always heard since we were little... But this is not entirely true, as two of the most beautiful floral spectacles in Spain take place in winter. The first features hundreds of varieties of camellias in Galicia, filling with colour the gardens of "pazos" or country houses such as the Pazo de Rubiáns (Vilagarcía de Arousa, Pontevedra) and the Pazo de San Lourenzo (Santiago de Compostela, A Coruña). The second is the flowering of thousands of almond trees on the island of Mallorca in early February. This is also a great time to enjoy the Balearic Islands in peace and quiet. Meanwhile, winter still lingers among the snowy peaks of the Pyrenees (in Aragon, Catalonia and Navarre) and Sierra Nevada (in Granada, Andalusia), and in many other places. There are also major ski resorts here where you can enjoy winter sports. 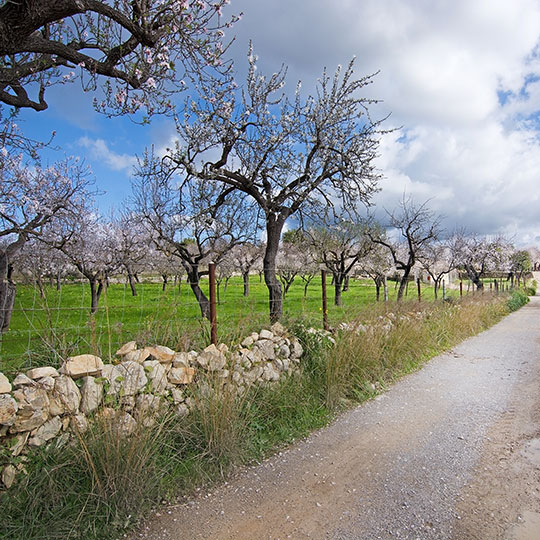 Going to Spain in winter and not having churros with hot chocolate would be a mistake... and the numbers of charming cafés where you can enjoy them are increasing all the time. While we are on the subject of eating, winter in Spain is synonymous with roast chestnuts and hearty, delicious meals: cocido madrileño (Madrilenian stew), fabada asturiana (Asturian pork and bean stew), caldo gallego (Galician broth), escudella catalana (Catalan stew), etc. There are even several festivals devoted to products such as Festival of the Exaltation of the Botillo, (a typical sausage) in Bembibre (León). As we say here, qué aproveche (enjoy)! 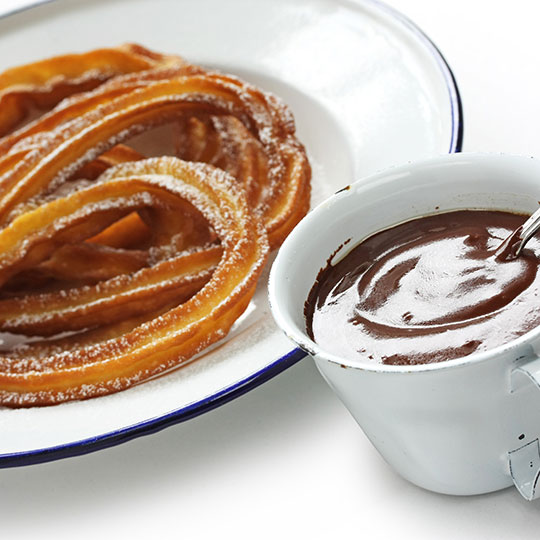 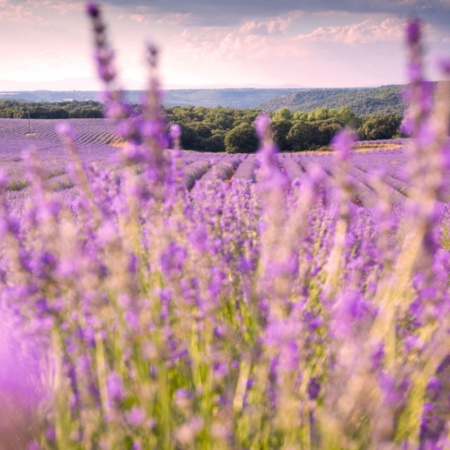 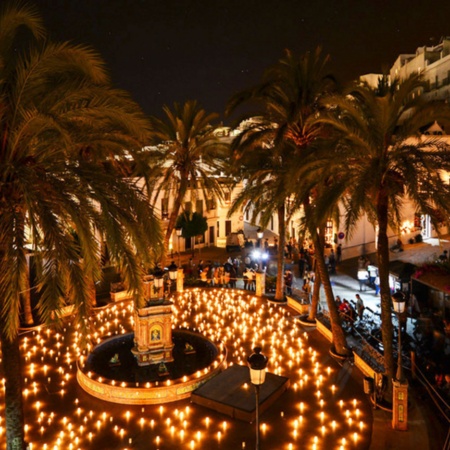