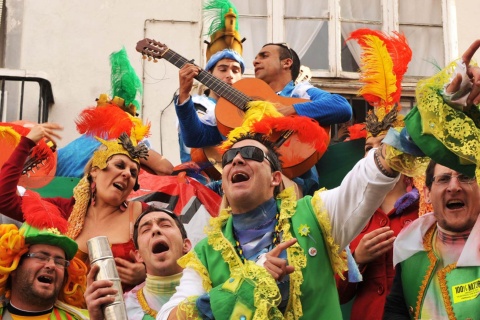 Cadiz spends the whole year preparing for its famous carnival celebrations. If you have an costume and are up for a good time then you're ready to enjoy this unique and animated celebration.

The Cadiz carnival is known throughout the world as a huge street party. Eleven days of non-stop fun, originality and, more than anything else, mass participation. The whole city is transformed, the streets are filled with people intent on having a good time and making sure everyone else has a good time, singing, and enjoying themselves. If you too would like to experience the boisterous Cadiz carnival celebrations, you should make plans well in advance. This is one of the most long-awaited events on the calendar and attracts thousands of people every year.

A month before the official start of carnival, the groups that compete in the Falla Theatre competition begin their rehearsals, and the carnival atmosphere is already underway. Various carnival groups organise open-air gastronomic events where they play their repertoire of humorous songs in public and where you can also sample typical Cadiz produce. The songs are usually humorous, providing an ingenious critique of events that have made the news over the course of the year. The Falla Theatre competition sees more than 100 groups taking part, with highlights including particularly the popular chirigotas. It is a fantastic spectacle, packed with humour, music and colour. The Grand Finale is one of the main attractions of the fiesta: it is held on the first Friday of Carnival and lasts until the following morning. That's when the great explosion of carnival high spirits overflows onto the city streets. The groups that have taken part roam the teeming streets of the old town singing their compositions and, on Sunday and Monday, take the stage to perform the Carrusel de Coros.

Fancy dress is obligatory at the Cadiz Carnival. Whether you do it alone, as a couple or in a group, it is essential to wear a costume, at least on the first Saturday and during the parades. There are two parades where the public become an active part of the multi-colour cavalcade. The Gran Cabalgata (Great Parade) is on the first Sunday. It proceeds down the avenue at the entrance to the city and attracts tens of thousands of people. The second is the Cabalgata del Humor (Comedy Parade), which goes through the old town on the last weekend. The “charangas ilegales” are another characteristic element of the Cadiz Carnival: they usually convene in the Plaza de las Flores. These are families, groups of friends or workmates whose repertoire of songs compete for humour and laughs with the “official” groups. Open-air parties, fireworks, fancy dress dances and endless additional activities all ensure that the fun doesn't stop for a moment throughout the celebrations. 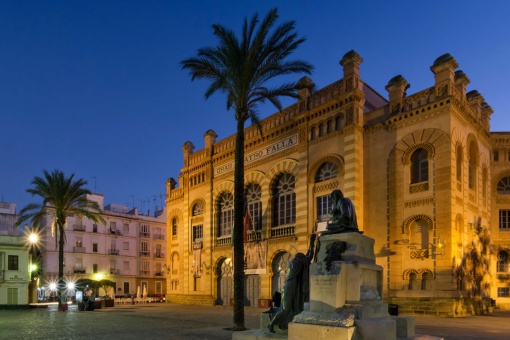 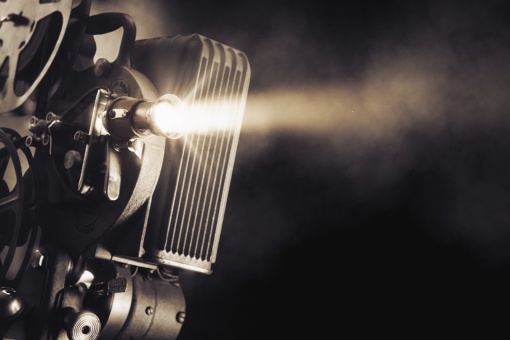 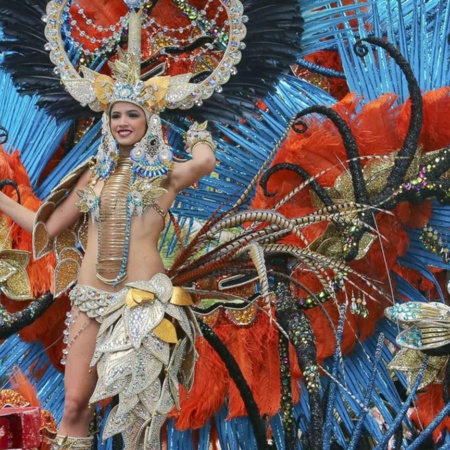