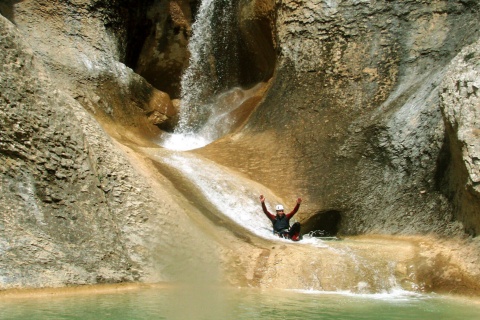 Between the Pyrenees and the Ebro valley.

The Guara Sierra and Canyons form a spot between two climates which mark different vegetation: dry to the south and luxuriant to the north.

The Reserve extends to cover part of the townships of Abiego, Adahuesca, Aínsa-Sobrarbe, Alquézar, Arguis, Bárcabo, Bierge, Boltaña, Caldearenas, Casbas de Huesca, Colungo, Huesca, Loporzano, Nueno and Sabiñánigo. Its heights go from the 430 metres of the River Alcanadre to the 2,077 of Tozal de Guara. The surrounding area is of a karstic nature, full of caves, hills, abysses and canyons. The climate is halfway between the Atlantic and the Mediterranean, due to its location in between the Pyrenees and the Ebro valley. This marks the differences between the vegetation of the south, drier and with abundant pine groves, and of the north, where there are luxuriant species such as beech trees. Four main rivers cross the Sierra, creating the characteristic canyons: el Alcanadre, el Guatizalema, el Vero and el Mascun. 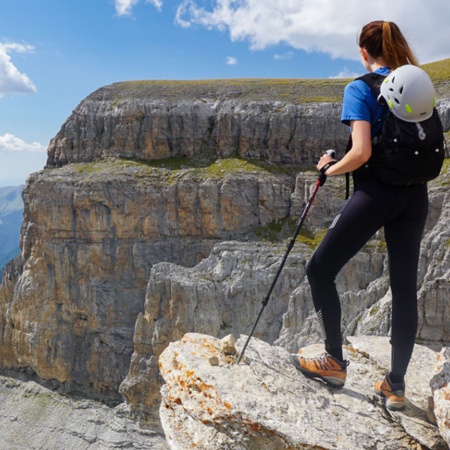 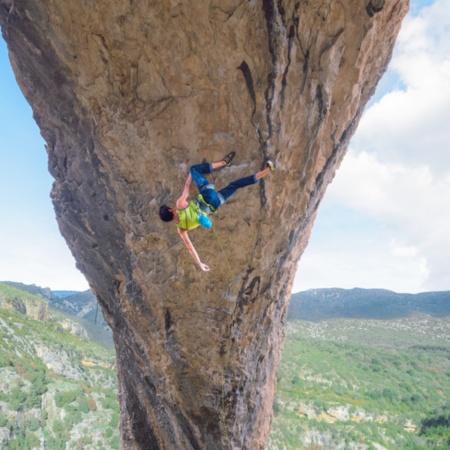 Trekking and rock climbing in the north of Spain 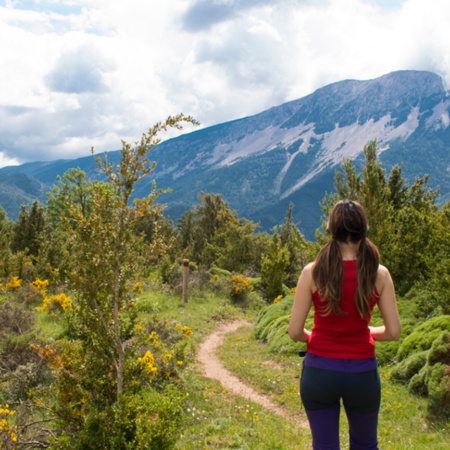