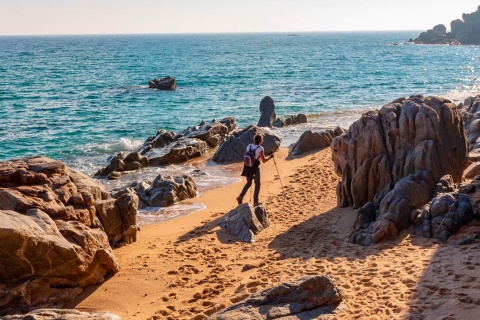 The experience of walking the Costa Brava shoreline

Leave the tarmac behind and get walking in Girona (just an hour north from Barcelona) with the intense blue of the Mediterranean Sea beside you. That’s what’s on offer with this hiking trail along the Costa Brava, which can be linear (43 kilometres) or looped (140 kilometres). Get ready to spend a few days enjoying fishing villages, cliffs, coves of sparkling blue water, and viewing points. There are options here for experienced hikers and those of us who prefer an occasional leisurely stroll. This is one of the most beautiful walks you can imagine, exploring this lovely part of Catalonia.

Once upon a time, the Carabineros, Spain’s former frontier guards, patrolled the coast along this trail in search of smugglers. A patrol in Spanish is “ronda”, hence the name of the hiking trail. Although there are completely flat stretches, most of the trail is made up of narrow paths, suitable only for walking, with continuous climbs up and down, and can sometimes be a challenge.

The linear trail runs along the shore for 43 kilometres, from Sant Feliu de Guíxols to Begur. It is intended to be walked over two days. On the first day you will pass through coves like Molí and Maset, beaches like Sant Pol and Sa Conca, and towns like Platja d’Aro. From Sant Antoni de Calonge the Camí de Ronda becomes a spectacular narrow path which snakes between the cliffs to Palamós.During the second day you’ll climb to the top of Cap Gros, with excellent views. After that you come to Fosca beach, with the ruins of Sant Esteve Castle. The wildest part of the trail starts here.You’ll see traditional architecture in the fishermen’s quarter of s’Alguer, Castell beach –one of the last unspoilt beaches on the Costa Brava– and a plethora of charming coves. Next, we recommend stopping to see the Cap Roig Botanical Gardens (with over 1000 plant species from all over the world) and then continuing on to Llanfranc and Tamariu. After that, you can go through the woods to Aiguablava beach and Fornells. A steep climb takes you to the end of the path, Begur.

The looped trail is much longer (140 kilometres), as it begins and ends inland, in the city of Girona. It is intended to be walked over eight days, and although suitable for all, ideally it is for people used to longer walks.It crosses the mountainous massif of Les Gavarres, follows the shore of the Costa Brava, and returns to Girona via the plain of l’Empordanet and the peak of Santuari dels Àngels. The chapel here is where the Surrealist painter Salvador Dalí married Gala.As well as paradise beaches, this trail takes in mountain scenery, forests, and former railway lines converted to hiking trails or Greenways. There are different points of interest you will love, such as Ermita de Sant Elm: a chapel with impressive views over the Costa Brava. Pals and Peratallada are medieval villages carved into the rock. With its narrow streets, it’s a pleasure to stroll around. And the mountain of Sant Miquel, with breathtaking views, a medieval castle, and a 19th-century optical telegraph tower.

It’s not all about walking

Especially in summer, take the opportunity for a dip on any of the splendid beaches and coves along the way.And when you stop, don’t miss the local cuisine and terrific wines. Try seaside cooking made with locally fished seafood at restaurants on the shore. You can also taste wines from the Empordà Designation of Origin, or treat yourself to one of the Michelin-starred restaurants in the area.

This trail is about 100 kilometres north of Barcelona city (access is via the AP-7 motorway to Girona or Sant Feliu). Girona is also well-served by public transport, with coaches, high-speed trains (AVE), and Girona-Costa Brava Airport.

You can walk here at any time of year. While summer is a great time to enjoy the beaches, it’s also when there are most visitors. So you can also take advantage of the mild weather and long days of spring, the ochre landscapes of autumn, or even winter, when the temperature is still pleasant enough to explore the Costa Brava. 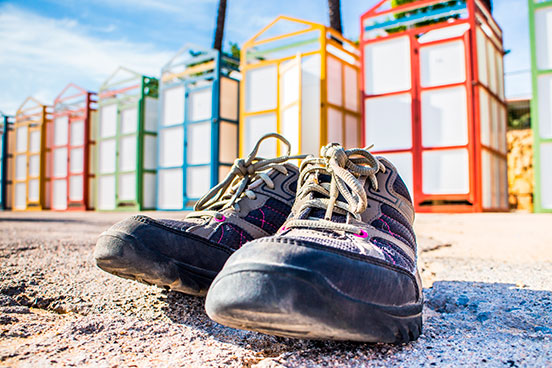 How to plan your trail

A company organises this trail and can help you pick the best options for your interests and fitness level. Both the linear trail and the looped trail can be taken with the organisation or independently, and both options include a Welcome Pack. There are also variations such as taking three days to walk the linear trail (so you walk shorter distances each day) or the “Weekend Light”, with just 18 kilometres in two days. More information

There are establishments all along the trail to suit all tastes and budgets. If you like, the Camí de Ronda organisation offers packs including accommodation in previously selected hotels, inns, hostels, or country guest-houses.

Do you need hiking insurance?

Yes. Approved insurance is available from FEEC (the Catalan Federation of Hiking Associations), FEDME (the Spanish Federation for Mountain and Climbing Sports), the Camí de Ronda organisation itself, or equivalent insurance policies recognised by the UIAA (International Mountaineering and Climbing Federation).

Is the Camí de Ronda signposted?

Most of the small trails making up the route are signposted, although there may be recently added stretches that are not. You can hire a GPS service with the official Camí de Ronda trail and the points of interest along the way. You can also hire an official guide.

Can you walk the Camí de Ronda with children?

Yes, but in this case it’s best to take the easier trails, such as the 3-day linear trail. 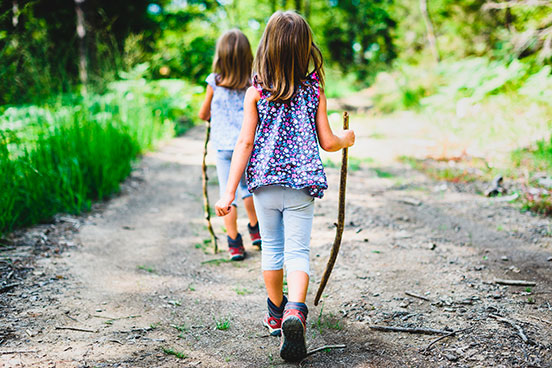 What other interesting activities are available nearby?

You can make the most of your time in Girona by visiting the “Dalí Triangle”, three unusual museums devoted to the life and work of Salvador Dalí: the Dalí Theatre-Museum in Figueres, Gala Dalí Castle in Púbol, and Salvador Dalí’s house in Portlligat.

The former Greek colony of Roses stretches between the sea and…

Situated right on the Cap de Creus peninsula, Cadaqués is one of…

Figueres, county capital of Alt Empordà, extends over a river…