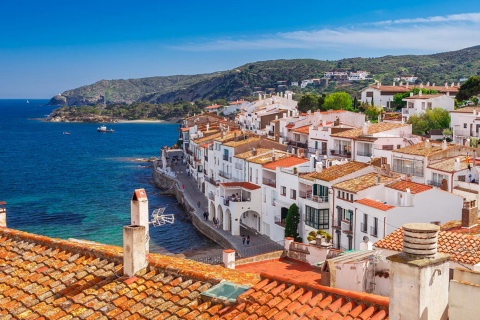 Situated right on the Cap de Creus peninsula, Cadaqués is one of the most symbolic places on the Gironese Costa Brava. Its rocky coast, fringed by beautiful beaches and quiet coves, forms one of its main attractions, together with the incredible landscape offered by the Cap de Creus Natural Park.

At the head of Cadaqués bay is its historic quarter, with a Mediterranean air and deep seaside flavour. The source of inspiration for internationally famous painters and artists for decades, today this centre enjoys an intense cultural life, as witnessed by its many museums and art galleries, among which the Salvador Dalí House-Museum is outstanding. Cadaqués is the ideal starting point for getting to know the rest of the county of Alt Empordà, full of historic places, surprising natural areas and abundant archaeological remains.

The Costa Brava forms the most northerly stretch of the coast of Catalonia and one of the most beautiful in Spain. Right in the heart of Cap de Creus is Cadaqués, an area set in the unusual natural landscape of the steep hills that cut across the county of Alt Empordà before falling into the sea in the form of cliffs. This lovely village with seagoing routes has excellent beaches and tranquil coves with clear water which, together with an unbeatable tourist infrastructure, attracts anyone looking for a place to enjoy sun and sea. Its natural harbour and the natural quality of its sea offer the best conditions for practising all kinds of sports and aquatic activities, like diving, sailing or windsurfing.

At the head of Cadaqués bay rises the network of narrow cobbled streets and white houses making up the old town. Above the outline of the town, the image of the church of Santa María, a carefully restored church with a white façade, stands out, housing a magnificent Baroque style reredos. Modernist architecture, for its part, has left its distinctive imprint on some of the most notable buildings in the town, like the Casa Serinyena. During the first decades of the 20th century, the town became an important European cultural centre. Many leading artists, like Picasso, Chagall and Klein, found their particular source of inspiration in this beautiful corner of the province of Gerona. However, it was Salvador Dalí who gave Cadaqués international fame. The artistic genius spent long periods here during his childhood as well as establishing his home there. His house-musuem, beside Port Lligat bay, to the north of the town, enables you to get to know part of the extensive work of this master of Surrealism. The wide cultural offer of Cadaqués ranges from its many museums and art galleries, like the Municipal Art Museum, which exhibits works by artists who maintained close links with Cadaqués, or the Perrot-Moore Museum, which brings together works of European graphic art, without forgetting the now traditional International Music Festival, which is held annually in the church of Santa María.

The rich culinary tradition of Empordà is well represented in Cadaquès, because in the town you can taste some of the specialities of the county. Dishes like fish "suquet" (stew), rice casserole or cuttlefish with peas show a clever combination of products from the sea and from inland. To accompany there, the Ampurdán-Costa Brava Denomination of Origin produces excellent wines, among which the “novell” (new) wine should be mentioned. Sweet wines are also made, as well as exceptional light, fruity young reds. The strategic location of Cadaqués enables you to discover other places in the county of Alt Empordà. Several kilometres to the north is Colera, a seaside village which has lovely beaches like Garvet and Els Morts. Other places of interest are Llançà, with a lively marina and Port de la Selva, where the medieval monastery of Sant Pere de Rodes stands. To the south of Cap de Creus is Roses, which preserves remains of its ancient citadel (16th C.), and Castelló d’Empuries, where the church of Santa María (10th C.) is outstanding. Nature lovers will find large protected areas in this part of the Costa Brava. In the Gulf of Roses you can visit the Aiguamolls de l'Empordà Natural Park, an important ecological reserve (especially for water birds). For its part, the Cap de Creus Natural Park is an excellent place from a natural point of view and a clear example of the look of the Costa Brava. 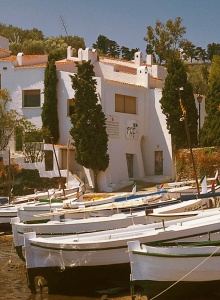 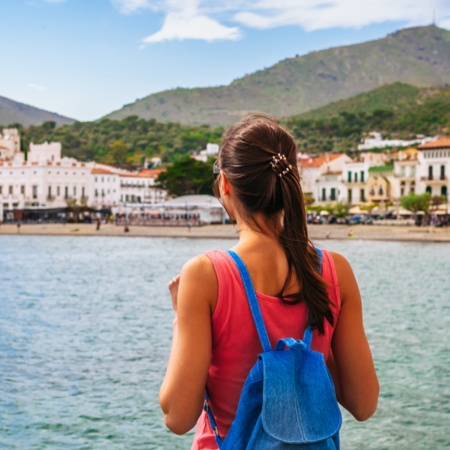