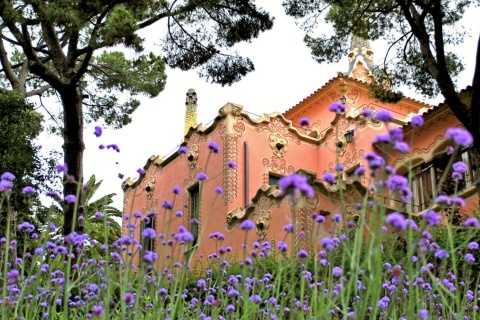 Visiting the homes of geniuses

See some of the most interesting house-museums in Spain

A different way to approach great artists and writers like Gaudí, Picasso and Cervantes is to visit their homes. It’s a cultural experience which goes beyond the typical museum where you can only see their work - here you can walk around the rooms where they lived and their studios or writing rooms, and get an idea of their everyday life with their families, for a new understanding of how their important works were created. This article suggests eight house-museums, but Spain has many more.

In 1906, at the age of 54, Gaudí moved with his father and his niece to this house in Barcelona’s beautiful Park Güell. Although both his family members would die a few years later, Gaudí continued to live there in frugal style while he concentrated on building the Sagrada Familia basilica, an essential sight in Barcelona, like Casa Milà and other works. In the House-Museum, visitors can see furniture and other items he designed.

In Malaga, Picasso’s first home, you can also visit the house where he was born. The museum includes a reconstruction of a 19th century drawing room, family mementos, and pieces by the artist, such as a folder of sketches for his famous painting “Les Demoiselles d’Avignon”, and over 50 books illustrated by Picasso and other artists such as Miró, Chagall, and Max Ernst. 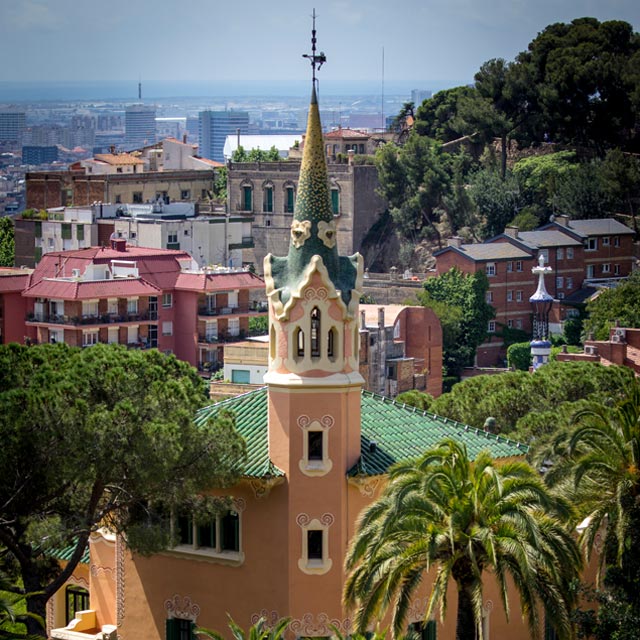 What began as a small row of fishermen’s cottages in Portlligat was transformed over 40 years into the only permanent home of Salvador Dalí, where he lived until the death of his wife and muse Gala in 1982. Today, visiting this house draws you into a labyrinth of surrealist objects on the threshold between madness and genius, surrounded by seaside landscapes with the unique light that inspired the artist. What is called the “Dalí triangle” is completed by two more houses: the Dalí Theatre-Museum in Figueres and the Gala-Dalí Castle in Púbol.

The volcanic landscapes of Lanzarote in the Canary Islands have a magic all of their own. And there is an added attraction: being able to visit the house where a Nobel Prize-winning author spent his final years. He defined it as “a house made of books”. All the clocks in the house are stopped at four pm, the time when he first met his soulmate Pilar del Río. A lovely metaphor for the literary romanticism and beauty of this house, where we find the study where Saramago began his novel “Blindness”, his amazing library, and his legendary olive tree, a symbol of peace and wisdom. 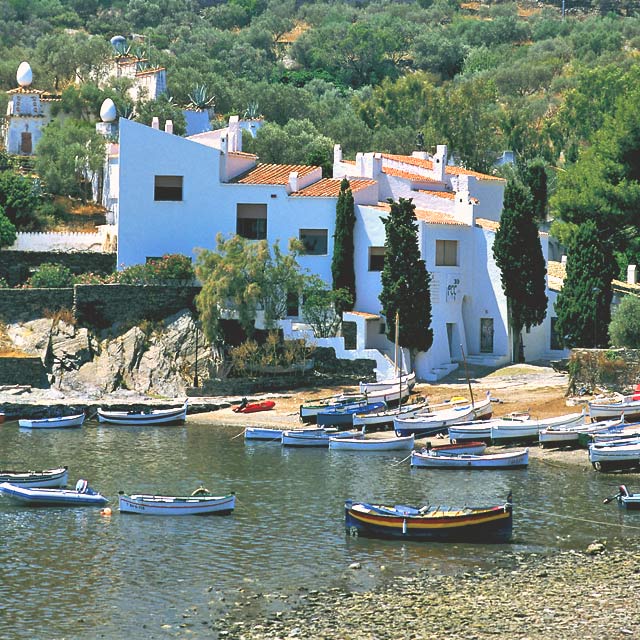 Alcalá de Henares, less than 40 kilometres from Madrid, boasts the birthplace of the most famous Spanish writer of all time: Miguel de Cervantes. The first surprise: a bench where statues of his immortal characters Don Quixote and Sancho welcome visitors. Inside, thanks to the reconstructions of a medicine store, a dressing room and several bedrooms, it’s easy to imagine yourself in the 16th and 17th centuries, with their customs and daily routines. Also, all year round there are themed tours and theatrical events.

Great works of literature, including Blood Wedding and Yerma, were partly created in this house, where the García Lorca family spent its summers from 1926 to 1936. A walk around the rooms gives the feeling that this was the refuge that Lorca needed for his writing. You can explore the piano room and Lorca’s bedroom, see the original furniture and decoration, and enjoy works by artists such as Dalí. 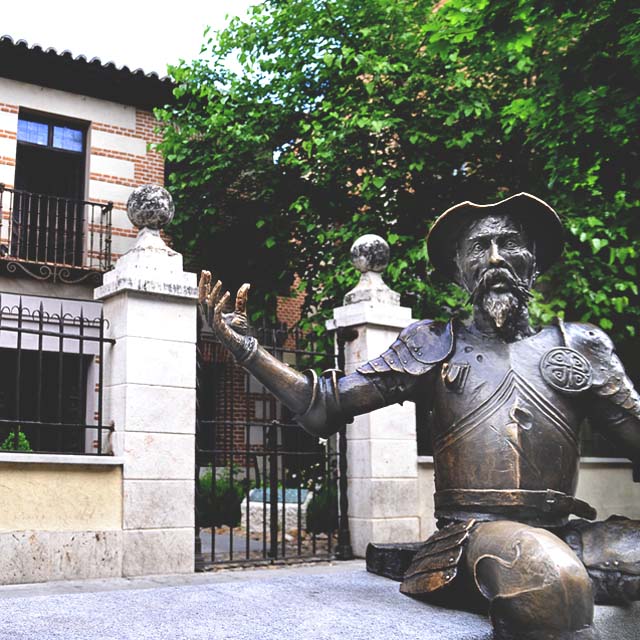 It may be in the heart of Madrid, but as you enter this museum you leave the city’s noise behind and immerse yourself in the quiet sounds of a garden. This is your first encounter with this charming small museum, where Sorolla and his family lived from 1911. It is a delight to pass through the rooms, with the original furniture, and find such iconic works by the artist as the “Walk on the Beach”.

“In this humble home was born for the honour of his country and the amazement of art, the famous painter Francisco de Goya Lucientes”, reads the inscription on the front of this house. The great painter was born here in 1746, just over 40 kilometres from the city of Zaragoza. It’s easy to feel yourself travelling through time here, and to imagine the boy who would become a genius, living with the furniture of the period, or playing in the hayloft. Nearby the Etching Museum is also highly recommended, where you can see the famous series of prints: Caprichos, Desastres, Tauromaquia and Disparates. 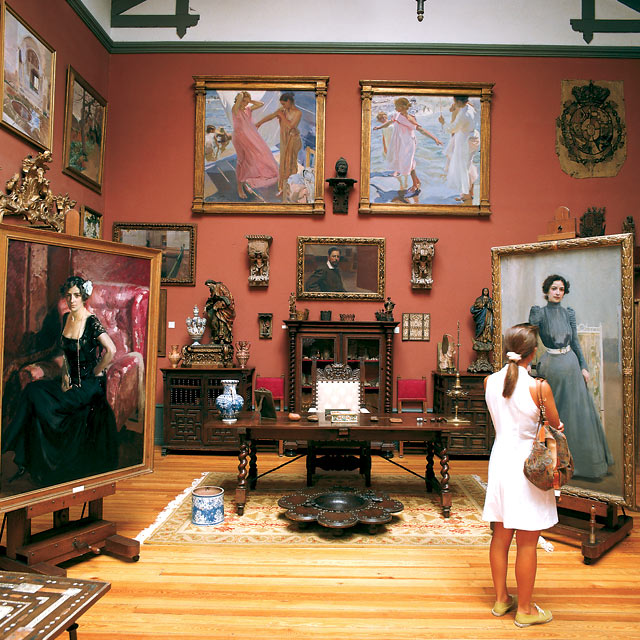 Room in the Sorolla Museum, Madrid

There are many more house-museums in Spain, such as Columbus’ House in Gran Canaria, Lope de Vega’s house in Madrid, or Antonio Machado’s home in Segovia, to name a few.