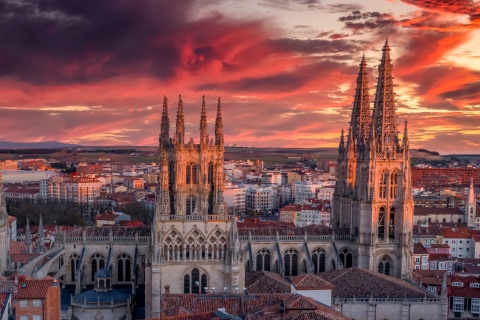 Did you know that at the end of the 11th century Burgos already had a cathedral? And that it was destroyed because it was not grand enough for the city's growing importance? In its place, Spain today treasures the iconic Santa Iglesia Catedral Basílica Metropolitana de Santa María, better known as Burgos Cathedral.

It all began in the year 1080, when Alfonso VI, who was king of the ancient kingdom of Castile, ordered the construction of a Romanesque cathedral in the city of Burgos: the Church of Santa María de Burgos. In 1219, this church hosted a ceremony of great importance for the kingdom of Castile, the wedding of the then King Ferdinand III of Castile and the Germanic princess Beatrice of Swabia (daughter of the Holy Roman Emperor Frederick II of Swabia Hohenstaufen).

In the 13th century, Burgos had already been recognised as an episcopal see and an important commercial centre, which was also beginning to gain fame beyond Spain's borders as a stopping place on St James’ Way. It was then that Bishop Don Mauricio, who officiated at the wedding ceremony of Ferdinand III and Beatrice of Swabia, proposed to the king to build a new cathedral that would imitate European stylistic trends. And so it would have a majesty to match that of its Parisian neighbour, Notre Dame Cathedral.

The bishop had studied at the University of Paris, so he was familiar with the Gothic style dominating French architecture at the time. He also had to undertake a journey across this country to reach the Holy Roman Empire, where he arranged the marriage between the King of Castile and the Germanic princess. That is why he took advantage of his friendship with the monarch to build the first Gothic cathedral in Spain.Construction of the cathedral began in 1221, and it is said that the first architect was of French origin, as the pure Gothic style was not yet well known in Spain. It was completed almost forty years later, but over the following years it was remodelled and enlarged until 1765 (without taking into account subsequent restorations). 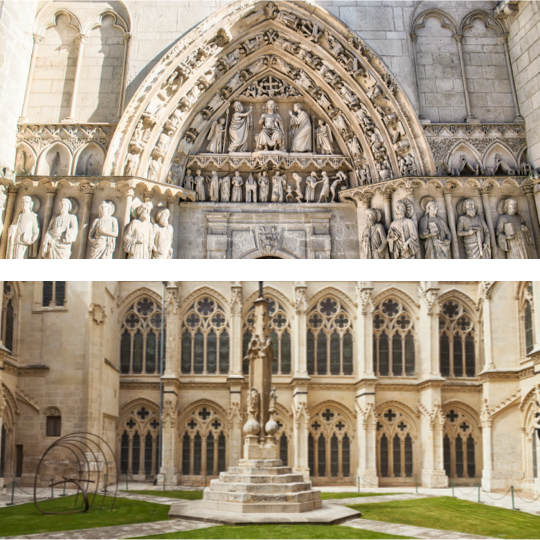 That is why it also includes artistic styles as they emerged during that period. For example, Baroque constructions such as the main Sacristy, the Chapel of Santa Tecla and the Chapel of the Relics were added to it. Earlier additions include such popular creations as the Chapel of the Constables, the spires crowning the towers and the central lantern-tower over the transept of the cathedral that was replaced in the 16th century by the present one.In 1885, the cathedral was recognised as a National Monument, which aided its restoration after it was looted by French troops during the War of Independence. In 1984, it was declared a UNESCO World Heritage Site.And now, you can say that you know the history of one of the greatest treasures of Spanish Gothic architecture. 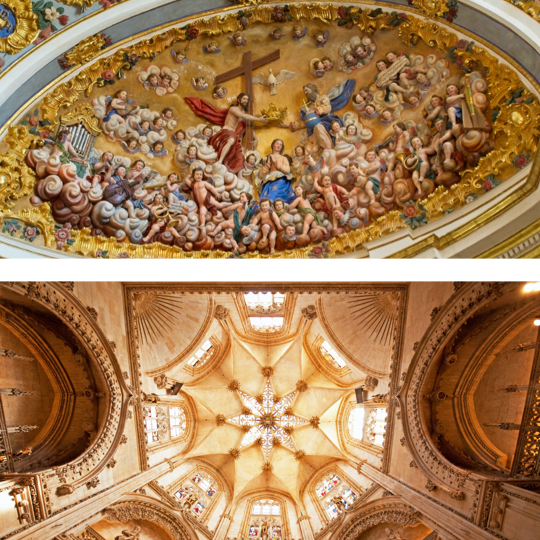