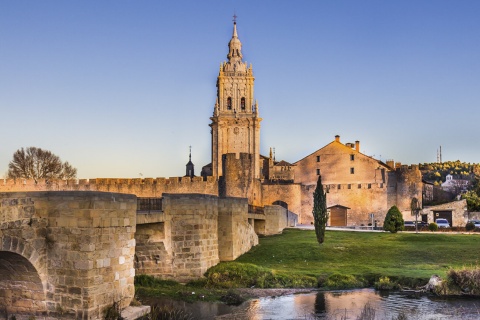 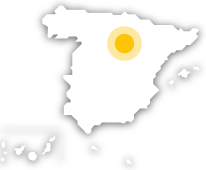 El Burgo de Osma, an ancient and monumental episcopal city, is located at the end of the river Ucero and offers one of the best preserved medieval precincts in the entire province of Soria. Not in vain has the city been declared a Historic-Artistic Site.

The origins of El Burgo de Osma can be traced back to the primitive 'arévaco' (pre-Roman civilization) settlement of Úxama, a place which centuries later would be submitted to Roman jurisdiction. However, it was in the time of the Visigoths that the town began to undergo a period of splendour, since in the VI century A. D. it became an Episcopal See until the arrival of the Arabs. After the Arab domination, the city recovered its former status as capital in the XII century. The formation of the current nucleus of El Burgo de Osma took place from the the year 1101, when bishop Pedro de Bourges (San Pedro de Osma) chose as the site of the cathedral a monastery located next to the river Ucero, a fact which favoured the flourishing of a prosperous hamlet of merchants and craftsmen. This privileged situation was to last for centuries, and in the Renaissance era the town even had a university.

The old medieval structure is centred around the Cathedral, one of the most important religious buildings in the province. The building, in the Gothic style, was built in 1232 over another Romanesque building which had begun to be built in the time of San Pedro de Osma. On the outside, several Renaissance additions to its main façade can be seen, as well as a graceful baroque tower built in 1739. Meanwhile, the interior of the building conserves abundant samples of original Romanesque art, as well as a beautiful flamboyant Gothic cloister. Among its most precious items are the high reredos, a work by Juan de Juni, as well as the tomb in polychromatic stone of the founder, San Pedro de Osma. In the sacristy you can see a large collection of codexes, among which is the Commentary on the Apocalypse by the Lay Brother of Liébana. Next to the cathedral precinct is the Episcopal Palace, a building characterised by an interesting Gothic style main front. We are in the middle of the Calle Mayor, one of the main streets in the old urban road network. In this typical street you can admire one of the most typical prints of El Burgo de Osma: that of the old houses supported by porches with stone columns. Also arcaded is the Plaza Mayor, where eighteenth century buildings such as the Town Hall and the San Agustín hospital are located, the latter having two towers with spires flanking its main facade. The historic city walls were built by bishop Pedro de Montoya in the XV century. The San Miguel gate, which is still in place is one of several which allow access to the medieval hamlet. Outside the walls, is the University of Santa Catalina, from the XVI century. The building was constructed thanks to the patronage of the Portuguese bishop Pedro Álvarez D’Acosta. Its Renaissance main front bears the image of Santa Catalina, and there is also a beautiful interior courtyard. On the river Ucero there still remains the famous Roman bridge and on a nearby hill the old Castle of Osma dominates the outskirts of El Burgo. Its external precincts and the water tower date from the second half of the XV century, although there is evidence of a previous fortress in the city in the VIII century, when this town was on the border between Arab and Christian territory. In this town you can try succulent gastronomy, which has its best allies in the typical products of the meat market. To try them the most advisable option is to visit the gastronomic exhibitions of the meat market, which are organised annually by the Hotel Virrey Palafox and which have been to declared of tourist interest. They are held at weekends in February and March, and allow you to try a wide variety of sausages and other pork products. Also typical are game based dishes (partridge, hare, quail, etc.) and fish (trout and river crabs). And not forgetting vegetables from the banks of the River Ucero, especially cardoon and El Burgo beans. Meanwhile, autumn offers Lactarius Delicious (a type of wild mushroom) and cardoon shoots. El Burgo de Osma shares with the rest of the Castile region other culinary specialities such as grilled, roast or stewed lamb, or cocido castellano (a stew made with chickpeas, pork, spicy sausage, etc.). And as the culmination, the city's excellent desserts provide cakes such as harinados or sobadillos hojaldrados.

The outskirts of El Burgo de Osma allow you to discover surroundings with a high ecological value. The Canyon of the River Lobos, declared a Natural Park, has numerous caves and rocky cliffs where eagles and crested vultures nest. In the interior of this park you can also find the Romanesque hermitage of San Bartolomé, of Templar origin. The city is located within the so called Duero Route, which crosses other Sorian towns. Almazán is distinguished for its historic quarter, where the most outstanding features are the Plaza Mayor, the three gates in the town walls and several churches. Berlanga de Duero conserves the Castle of los Tovar ( XV c.), a bastion which still retains two walls and a keep, and the collegiate church of Nuestra Señora del Mercado, in Gothic-Renaissance style. Following the flow of the Duero appears San Esteban de Gormaz, a former fortified town, and Ucero, at the top of which are the walls of its medieval castle. The route cannot end without visiting Calatañazor, where the Romanesque church of Nuestra Señora del Castillo and the walls built between the XII-XIII centuries can be seen. When it comes to finding accommodation, El Burgo de Osma has several hotels. Another option is to go to Soria capital, where the Parador is located. Situated in the Parque del Castillo, from here you can enjoy one of the best views over the capital and the River Duero. 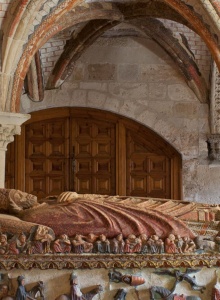