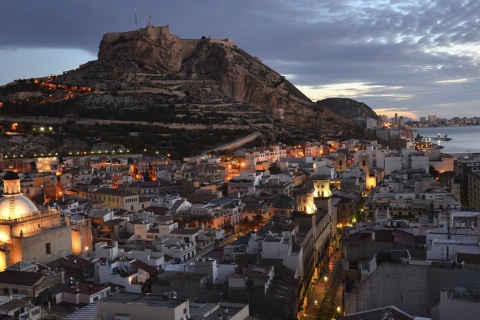 Located in the middle of the Costa Blanca, Alicante is one most important tourist destinations in the Spanish east coast. The many golf courses, along with the tranquil waters of the Mediterranean Sea, are part of the appeal of this beautiful harbour city, which sits at the foot of the Castle of Santa Barbara, a silent witness to the numerous civilisations to have settled here.

The historic quarter, at the foot of this fortress, conceals an interesting religious and civil architectural legacy, including the emblematic Explanada de España (Spain boulevard), a traditional recreational area to the local residents. Alicante is also a land of deeply-rooted traditions, such as the Moors and Christians festivities and the Night of San Juan. When it comes to Alicante's delicious cuisine, rice takes the central stage, cooked in a million different ways.

Alicante's strategic location, right on the east coast, led to the settlement of the main Mediterranean civilisations over the centuries. Phoenicians, Greeks, Romans and later Arabs reached this coast in search of new trading routes, while at the same time contributing to the city's character. The city and its harbour are flanked by the Benacantil mountain, a rocky promontory crowned by the Santa Barbara fortress. Of Arab origin, the castle bears the marks of all the different peoples that the city has sheltered, although a good part of the present building only dates back to the 16th century. From the top of the old walls you have a commanding view of the whole city, while enjoying the impressive coastline and many kilometres of the beautiful countryside. The old walled city was built at the foot of this fortress. One of the most attractive buildings in this network of narrow streets and alleyways is the Gothic church of Santa María (16th century), built on top of an old Arab mosque. Across from the church is the Casa de la Asegurada Museum (17th century), which has an important collection of contemporary art, with artists of the stature of Joan Miró, Pablo Picasso and Eduardo Chillida. Plaza del Ayuntamiento (the city-council square), dominated by the Baroque façade of the Town Hall, is another of the significant spots of the old quarter. Behind it there are two relevant buildings, the Academy of the Society of Jesus and the procathedral of Saint Nicholas, finished in 1662. Herrera and Baroque styles are mixed in this temple, the interior of which conceals a beautiful fifteenth century cloister. The coastline is, without a doubt, the favourite recreational spot for the people of Alicante. The Explanada de España promenade, located across from the port, is a lively boulevard dotted with terraces and pavement cafés. A more modern leisure area extends along the port's breakwater, where there are also many bars and restaurants. Next to both of these is the urban beach of El Postiguet, a privileged spot for enjoying the sea and the sun. It is worth a visit to the recently refurbished Provincial Archaeological Museum (MARQ). Located on the premises of the old San Juan de Dios hospital, the Museum exhibits, in an educational and engaging way, the remains of the archaeological site of Tossal de Manises, which unveils interesting facts about the ancient city during the times of the Iberians, Greeksand Romans.

Alicante is also a land of deeply-rooted traditions, such as the Moors and Christians festivities, the most popular in Levante. The other fiesta par excellence is Noche de San Juan (the Night of Saint John) on the 24th of June. The main features of this festivity are the bonfires. As a tradition, ninots (papier-mâché effigies or rag dolls), which had been exhibited on the street of the capital city during the previous days, are burned at the stake on this night. The liveliness of Alicante continues all throughout the year, this city being a great tourist centre. Part of the reason for this is certainly its proximity to the beaches of San Juan, located only a few kilometres awayand the charming towns of Santa Pola, Torrevieja, Altea, Denia, etc. It is possible to find a wide range of accommodation in any of them. Worth mentioning is the Parador de Jávea (Javea Inn), located in this gorgeous city, north of the Costa Blanca. In addition, along the coastline of Alicante are a dozen golf course with excellent views to the Mediterranean for the enjoyment of the enthusiasts of this sport. In Alicante there are numerous natural treasures that are very much worth a visit. Midway between Alcoi and Ibi, in Sierra of Menejador, is the Carrascal de la Font Roja Nature Reserve. Also of great environmental importance are the Nature Reserves of El Fondo, Mata and Torrevieja Lagoons, Montgó, Penyal d’Ifac, Santa Pola Salt Marshes and the Pego-Oliva Fen. In the interior of the province lies the city of Elche and its palm tree grove, declared World Heritage. However the visit would not be complete without trying the delicious rice dishes, cooked in many different, original ways around these parts: arroz a banda (rice with fish), arroz negro ("black rice", with cuttlefish), arroz al horno (baked rice), etc. Seafood is also incomparable. For dessert, nothing beats pan de higo (fig bread, a paste made of dried figs), turrón (a sweet similar to nougat, made of toasted almonds, honey and sugar) and Jijona ice cream. These dishes go very well with wines with Designation of Origin-Alicante, the prestigious seal of quality and origin, given in Spain to select wines and products and among which Fondillón stands out, an old fruit liqueur, excellent for dessert. 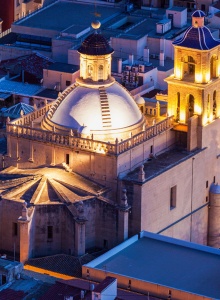 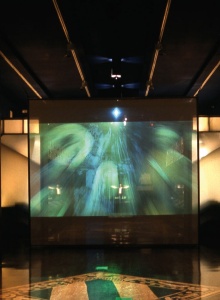 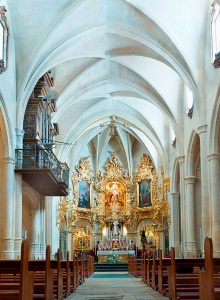 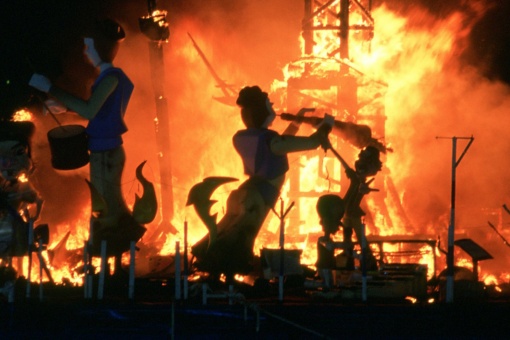