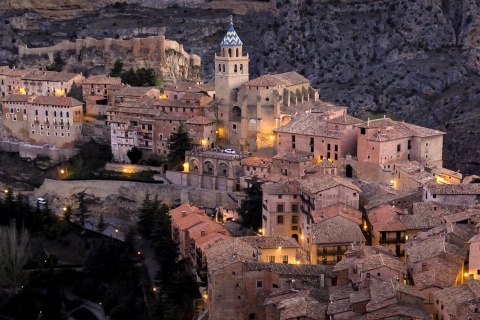 The former capital of a Moorish kingdom (Taifa), the small town of Albarracín has preserved all its Islamic and mediaeval flavour. Its old quarter has the Property of Cultural Interest designation.

The main thing that surprises visitors who arrives at the town of Albarracín is its imposing fortified enclosure, whose perimeter is far larger than the area of the urban centre. What we see today corresponds to three different periods of construction.

The Fortress and the Andador Tower are from the 10th century. In the 11th century, the kings of Albarracín constructed the walls around the poor area of Engarrada. Finally, after the Reconquest, the Christian lords and kings of Aragon erected new sections of walls and most of the forts and towers that remain. The steep streets stand out, among which the Plaza Mayor square is found. The Town Hall is located there, providing an amazing lookout point over the Guadalaviar River. The current El Salvador Cathedral, adjoined to the old Episcopal Palace, was built in the 16th century. The Diocese Museum, inside the palace, exhibits a valuable collection of flamenco tapestries. Furthermore, throughout the Albarracín Cultural Park, samples of post-Palaeolithic art from between c. 6000 and 1000 A.D. can be seen. The Roman era has the greatest quantity of remaining traces, including the 18 kilometre-long aqueduct that went from Albarracín to Cella. 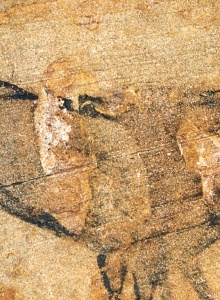 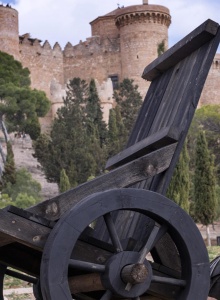