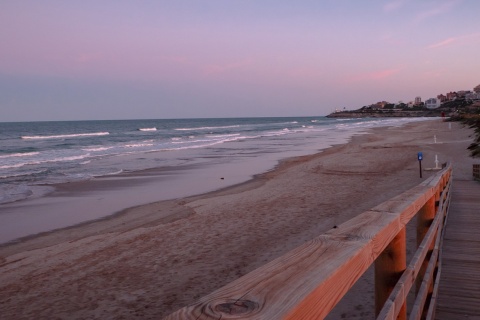 The Mediterranean town of Cullera is right in the middle of the Valencian coast, in countryside between the land and the sea.

Around the Muntanya d'Or and the mouth of the River Júcar, a summer holiday town has grown up combining a well cared for historic centre with the most modern facilities and developments devoted to enjoying the sun and the beach. Valencia, La Albufera Natural Park, historic towns and countless beaches are some of the multiple attractions offered by this coast. We should not forget the excellent Valencian cuisine, in which rice and products from the sea and the fields make up tasty dishes.

The quality of Valencian waters and the pleasant temperatures it enjoys all year make Cullera an ideal destination for those who want to enjoy their holidays on the shores of the Mediterranean. Well communicated with Madrid and Barcelona, Cullera is a very attractive destination for any kind of traveller. Here visitors can practise water sports, diving or go walking, as well as quietly walking round its historic centre or simply going for a swim in these peaceful waters and sunbathing. The marina on the river is another place that is worth a visit.

Among beaches and orange trees

Vegetable plots and fields of oranges climbing up the nearby hillsides form the boundary of a coast with shallow waters, ideal for children to go in the sea. Cullera's beaches are distinguished by the variety of their ecosystems and facilities. Faro beach is the most attractive for diving and fishing, while San Antonio is a the foot of the promenade. For its part, Marenyet beach is where nudism can be practised. In total there are more than 13 kilometres of beaches and cliffs lying in the shadow of the Monte d'Or, also called Monte de las Rabosses. This area is also surrounded by freshwater lakes, of which Estany Gran is the most outstanding. Here, lovers of recreational fishing can enjoy their favourite activity and enjoy some of the delights prepared in the nearby establishments. Paella (of meat, seafood, vegetables or mixed), arroz a banda (cooked in fish stock and served with garlic sauce) and "arroz negro" (literally, black rice - with squid ink) are some of the area's specialities. Mediterranean fish are prepared in the oven, in stews or fried, while meat from the mountains is flame-grilled. Chicken and rabbit are highly appreciated in this area and are served in very different ways. When it comes to desserts, the Valencian orange is the queen, and, to accompany this mouth-watering food, Cullera has wines from Valencia and Utiel-Requena, both with Denomination of Origin. It is also worth trying "horchata", a soft drink made with tiger nuts, which here also have their own Denomination of Origin. A visit to Cullera also offers you the chance to have a look at a rich historic and artistic heritage in which two important buildings stand out. The medieval Castle and sanctuary of La Mare de Deu del Castillo, in Neoromanesque style, stand at the highest point of the town. This strategic position allows control of the coast and surrounding county from this natural vantage point. This lovely site is completed by the Hermitage of Santa Ana and the Tower of la Reina Mora. Cullera lighthouse and Dragut cave await the traveller on the other side of the hill. In this cave museum you can admire a Gothic chapel, extended in the 17th century.

Cullera also offers you the opportunity to get to know important places on the Spanish east coast. Valencia, the capital of this autonomous community, brings together a rich artistic heritage with an urban layout full of gardens and green areas. Among the abundant range of culture on offer, the City of the Arts and Sciences, the Valencian Institute of Modern Art (IVAM) and the Silk Exchange, declared a World Heritage Site by UNESCO, are outstanding. The nearby Parador de Turismo at El Saler puts its unbeatable facilities at the disposal of travellers. To the south of Valencia, La Albufera Natural Park is one of the most important wetlands in the world and a Special Protection Zone for Birds. Its importance is vital because, owing to its special configuration, it has four different habitats: La Restinga or sand bar, formed by mobile dunes and small salt pans; El Marjal, made up of the marshy area; La Albufera, the heart of the park; and El Monte. The water contained in La Albufera flows out to sea crossing the strip of land through three "golas" (channels). Each of these areas has its characteristic vegetation. Birds, fish and molluscs are the kings of the park. Different walking and cycling routes bring you closer to the best observation points. And, to get to know the inland part of the province, there is nothing better than travelling to Játiva/Xátiva or Alzira, cities whose historic centres preserve castles and medieval palaces, Gothic churches and interesting museums where you can study their history in more depth. 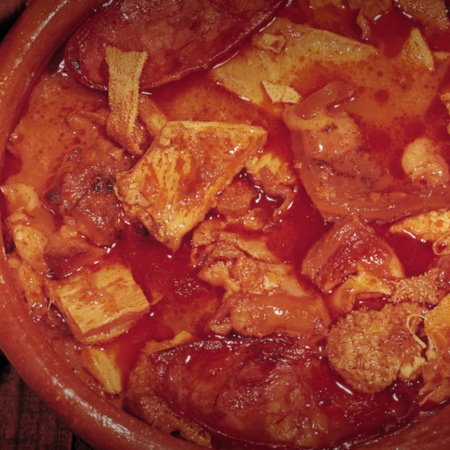