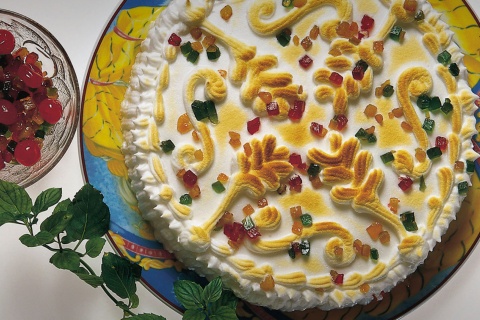 The cuisine of Murcia 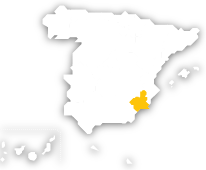 Region of Murcia, the market garden of Spain

The Region of Murcia serves authentic Mediterranean cooking: cereals, vegetables and olive oil are the base of this cuisine, which finds its source of inspiration in the market garden - natural, authentic, tasty and with a character all of its own. The roasts, salted fish, fish and shellfish from the Mar Menor are equally appreciated. However, the Region of Murcia is also well-known for its rice, sausages, preserved foods, nuts, aromatic plants, fruit and confectionery.

The most important ingredient used in Murcian cuisine is the vegetable. Vegetables are found in nearly every dish. Fresh broad beans are fried with onion; dry broad beans are cooked in the famous "michirones" (ham and chorizo stews); sweet young garlic is present in nearly every casserole or can be served with scrambled eggs, with lightly fried onion and tomato and chard or in a potato omelette; thistle in almond sauce; "zarangollo" (pumpkin, onion and tomato); sweet broad beans to accompany salted meat, fish or sausage as a starter or side dish; artichokes with pine nuts; roast pepper salad; cauliflower, green beans, artichokes and peppers... are vital ingredients to prepare the typical rice and vegetable dish, a must for all visitors to Murcia.

The rice cultivated in Murcia deserves a chapter all to itself. The Muslims grew this crop throughout the region and from henceforth it has formed a vital component of Murcian cuisine. Today, Murcian rice, with the Denomination of Origin Calasparra –for example the exquisite rice known as "bomba", is famous world-wide. This is not surprising when we take into account that by the fourteenth century the rice cultivated in the area of Calasparra was already being exported to Majorca and North Africa. The Murcians prepare their rice in many ways. Apart from the typical rice with vegetables, the traveller can also choose between rice with rabbit and snails, rice with pork or "caldero", a typical coastal dish, made by cooking rice in abundant fish stock. Other dishes shouldn't be forgotten, such as the gypsy casserole and wheat stew. Although vegetables form a great majority of Murcian dishes, as we have seen other ingredients are also used. Besides fish, meat is also a very important component of the local cooking and meat lovers who visit the region will enjoy the range of dishes on offer. These include kid and suckling lamb. The very famous and unique "chuletas de cordero al ajo cabañil" are suckling lamb chops served with a dressing comprised of chopped garlic, vinegar and a bay leaf. Worth special mention is the game, especially rabbit, hare, partridge and quail. The local meat pie and hind deer pie are very original contributions to Spanish gastronomy. Another dish which supposes a "must" as far as the visitor goes is the "caldo con pelotas" - a stew made of turkey with meatballs, traditionally served over Christmas. - It is just another example of the imaginative cooking of this region.

The treasures of Mar Menor

With the Mediterranean Sea lapping at its coastline, it is impossible for the visitor to leave Murcia without visiting one of its local restaurants and trying the shellfish and fish, which is especially tasty when cooked in a salt crust or "a la espalda" (lightly fried and baked). Seafood dishes include grey mullet, which is often baked and whose roe are considered a delicacy in the region; gilt-head sea bream and sea bass are as famous as the small prawns from Mar Menor, which have an exquisitely sweet taste. It is also compulsory to again mention the "caldero" here, as it is the most important sea dish: it is a typical fisherman's concoction made of rice, fish and the hot "ñora" pepper. Fruit can be eaten as a dessert and its availability depends on the time of the year: peaches in wine, oranges with cinnamon, strawberries from Rincón de Seca, pears, apricots and every other type of Mediterranean fruit. Murcia's confectionery is also very varied: "tocino de cielo", made with egg yolks and syrup, "yemas de Caravaca", a cake made with egg yolks, marzipan from Moratalla, "Cabello de Ángel", pumpkin strands in syrup, "bizcochos borrachos", sponge soaked in wine and syrup, "tortada murciana", made from meringue and "paparajotes", a dessert of Arab origin which is made with lime leaves wrapped in a fine sweet pastry and coated in sugar and cinnamon.

All Murcian wines are very varied although its reds have the best reputation. There are three Denominations of Origin: Jumilla, Yecla and Bullas, the latter being the most recent addition. A part from these D.O.s, there are many other local wines of excellent quality from Comarcas de Campo de Cartagena, Ricote and Abanilla.

Christmas food in the Region of Murcia

Christmas confectionery comes into its own at Christmas time in Murcia. The cordiales (almond buns filled with pumpkin preserve) are the most popular, along with almond based treats, Guirlache nougat, sugared almonds, besos de novia (fried “kiss” biscuits made with carrot or pumpkin), pestiños and many other traditional cakes and pastries. There is one in particular that we recommend trying, which is very original and made all the year round, the paparajote. It is a lemon leaf coated in an egg and flour batter, deep fried and then dusted with sugar and cinnamon.