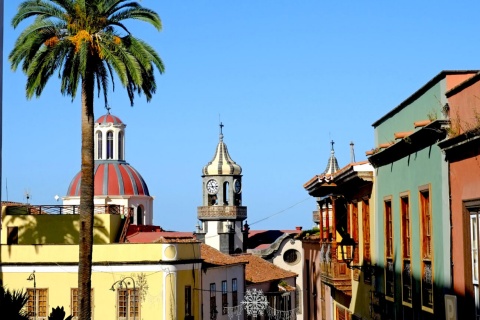 Heritage and history are among the least-known attractions of Tenerife. We all know its beaches, its climate of eternal spring, its volcanic scenery and its delicious cuisine. Now it’s time to discover its first cities, an old town centre which is also a World Heritage site, and the traditional architecture of the Canary Islands.

This was one of the first cities founded on the Canary Islands and its historic centre is a UNESCO World Heritage site. This is a place which invites visitors to stroll around its great houses and Colonial-style mansions. It has a large pedestrianised shopping area and historic buildings such as the Cathedral, the Nava and Salazar palaces, and the convents of Santa Catalina and Santa Clara.It’s a good idea to take one of the guided tours organised by the local tourist office in Casa de los Capitanes Generales. The tours are available in Spanish, German and English and must be booked ahead by email.San Cristóbal de la Laguna is very close to Tenerife Norte airport, and just over 10 kilometres from the island’s capital, Santa Cruz de Tenerife. 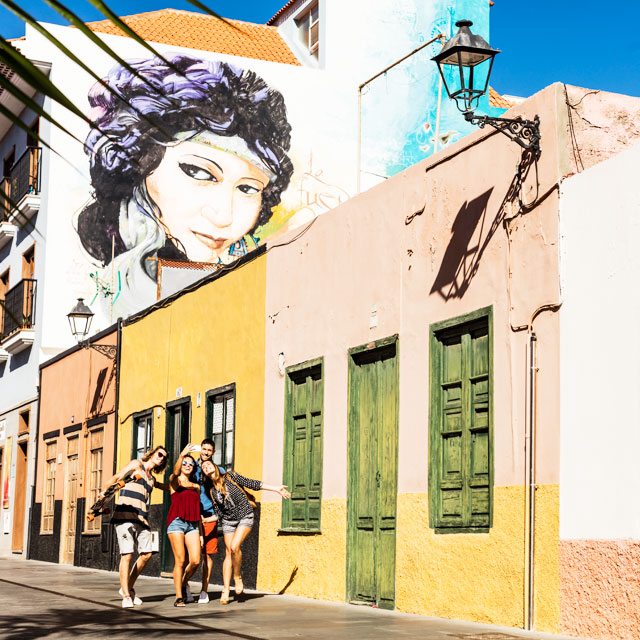 Some say this is the prettiest place on the island. Most of the Teide National Park (around 80%) belongs to the municipal area, and it’s known for its lovely gardens, stately architecture, traditional houses with picturesque balconies, the Corpus Christi fiestas (in May or June) and the spectacular scenery of the valley, with Mount Teide in the background.Interesting sights include the Casa de los Balcones, the church of La Concepción, the gardens of Hijuela del Botánico and Marquesado de la Quinta Roja, and its route of traditional gofio mills (two are still working). You can also explore its streets through a dramatised tour in Spanish, German and English. There is even a guided tour of the old town centre and three of its museums, ending with a tasting of typical local products.Near the centre of La Orotova, there are recommended attractions in Puerto de la Cruz, such as Lago Martiánez and the famous Loro Parque. 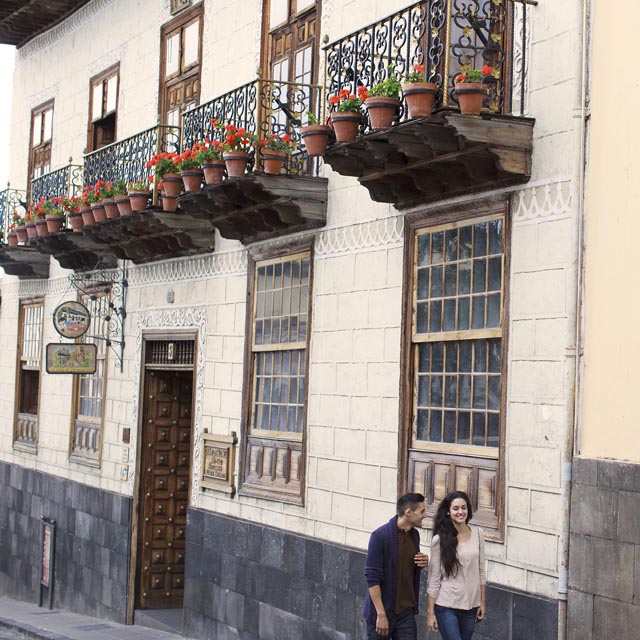 This is a town which rose from the ashes… literally. In 1706 it was almost completely destroyed by a volcanic eruption, and its reconstruction created one of the best-conserved complexes of 16th and 17th-century architecture in the Canary Islands. The town of Garachico has even won awards, such as the Gold Medal for Fine Arts, in recognition of its artistic treasures. The most notable monuments include the convent of San Francisco, the Casa de Piedra, Puerta de Tierra park, and the castle of San Miguel. Next to the castle are the natural swimming pools of El Caletón. Other nearby natural scenes worth a visit are the Chinyero volcano and the cliff of La Culata.You can conclude with a visit to the nearby Icod de los Vinos, home of Tenerife’s famous thousand-year-old dragon tree. The town is also known for its wines. 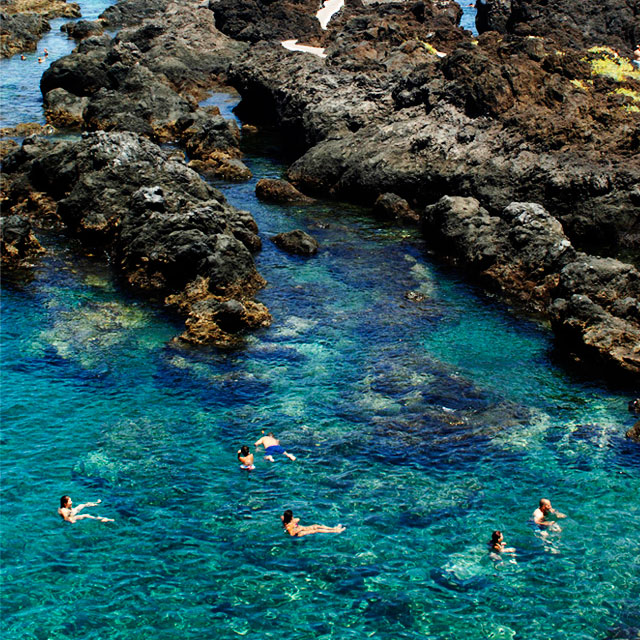 Natural swimming pools at Garachico © Turismo de Tenerife
Find out more about...
What to do