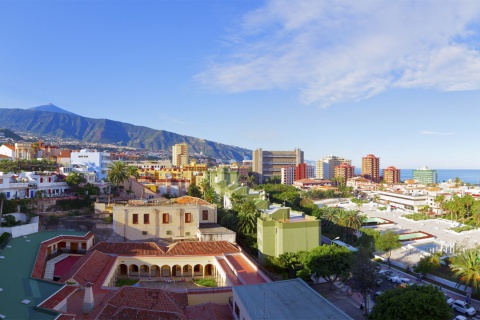 Situated to the north of Tenerife, Puerto de la Cruz is one of the island's major tourist centres. A traditional resting place, the city offers a wide range of accommodation, including numerous hotels and several residential complexes.

The coastal area contains several of the city's main attractions, such as the old harbour, the promenade and the Lago Martiánez complex of swimming pools designed by the Canary Islands architect César Manrique.

Enjoying the sunshine and beaches along the unique volcanic coastline, strolling through the exotic Botanical Gardens or spending an unforgettable day at Loro Parque are just some of the many leisure options on offer at Puerto de la Cruz. Just outside the city, nature lovers can admire the beautiful scenery of the Orotava Valley and the spectacular image of the Teide, Spain's highest peak. A pioneer of tourism development on Tenerife, Puerto de la Cruz has a long tradition in the field dating back to the late 19th century and the creation of the spa on the site of the present-day Hotel-Casino Taoro. A few decades later, the city had become a major tourist centre, thanks to the exceptional conditions it was able to offer: an excellent climate, a beautiful volcanic coastline and the unparalleled landscape of the Orotava Valley. The city extends around a small port and comprises wide avenues and lush landscaped spaces. The best way to explore it is on foot. Historical buildings to be found along the way include the castle of San Felipe, the hermitage of San Telmo and the church of Nuestra Señora de la Peña. The Port Emerging around the Plaza del Charco are streets bustling with activity at any time of the day and the beautiful promenade teeming with restaurants and pavement cafes. The port area is one the city's oldest quarters, housing the Casa de la Aduana (customs building) and the old harbour, which still has a martime air about it. However, the port also has many other attractions, such as Lago Martiánez, designed by the illustrious Lanzarote architect César Manrique. This is an original complex of salt-water swimming pools which, constructed on the volcanic coastline amidst lush vegetation, is a perfect spot for relaxing or taking a refreshing dip. The majority of the hotels in Puerto de la Cruz are situated along the coast overlooking beautiful beaches of volcanic origin, such as Playa Jardín and Playa Martiánez. These areas offer a wide range of amenities, including nightclubs, restaurants, shops, sports facilities and many other possibilities. There are,for example, the Botanical Gardens on the outskirts of the city. Founded at the end of the 18th century, these contain a rich variety of tropical plants and plant species brought from all over the world. Meanwhile, an unforgettable day can be spent at Loro Parque watching the parrot and dolphin shows. As well as admiring the beauty of the Valley of La Orotava, nature lovers can visit the Teide, which is the tallest mountain in Spain at 3718 metres. This volcanic peak lends its name to the Teide National Park, with many native plant and animal species, a UNESCO World Heritage site since 2007. You can complete this route with a visit to the Corona Forestal Natural Park, which surrounds the Teide National Park. Gastronomy and the Outskirts A very deep-rooted tradition amongst the people of Tenerife is eating out at “guachinches”, typical restaurants serving the best of traditional cuisine, including vegetable stews and fish casserole. "Vieja", an indigenous species, is one of the most highly esteemed fish types, together with others such as sardines, jewfish grouper and the local "chicharro" and "sama". The best meat dishes are marinated meat and rabbit in "salmorejo", a cold vegetable soup. Not to be missed are the famous "papas arrugadas" (potatoes boiled in salt), served with "mojos" (sauces). These dishes can be accompanied by any of the five Label Guarantee wines produced in Tenerife: Abona, Tacoronte-Acentejo, Valle de Güimar, Valle de la Orotava and Ycoden-Daute-Isora. Puerto de la Cruz may be used as a base for touring the north of Tenerife. La Orotava, situated in the valley of the same name, has abundant examples of ancestral homes designed in the Canary Islands style of architecture and has been awarded Historic-Artistic Heritage status. At Icod de los Vinos it is possible to admire a beautiful complex of traditional architecture and images as famous at that of the thousand-year-old "drago" tree, an indigenous species. Garachico was once an important port and still contains buildings of great historical merit, such as the castle of San Miguel, the church of Santa Ana and the Palace of the Counts of La Gomera. A worthwhile stop en route to Santa Cruz de Tenerife is San Cristóbal de La Laguna. The Cathedral, the church of La Concepción and the Episcopal Palace are just a few of the jewels of the historic quarter, which is a World Heritage site. The itinerary ends in Santa Cruz de Tenerife. Situated around its port are wide avenues, squares and exotic green spaces. The capital of Tenerife is famous for its Carnival, one of the brightest and most colourful in the whole of Spain. This festivity, declared to be of tourist interest, is characterised by its lavish costumes and entertainment provided by various bands of street musicians. The whole of the island boasts a wide range of hotel accommodation, although it is advisable to book in advance for visits to the carnival. 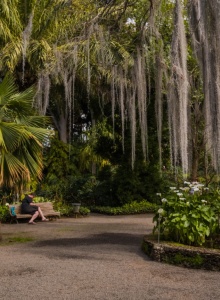 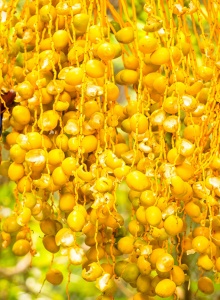