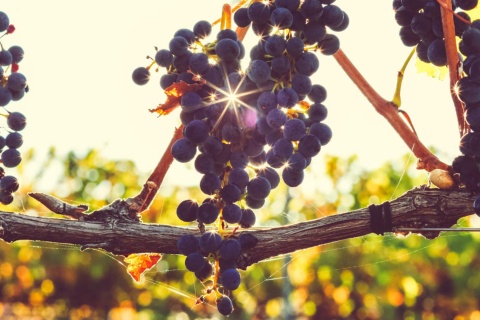 The route, in Malaga province, runs through the towns of Arriate, Cómpeta, El Borge, Manilva, Moclinejo, Mollina, Ronda and Sayalonga. It covers four wine-making areas: Axarquía, Serranía de Ronda, Manilva and Zona Norte. The wines and grapes produced here fall under three Designations of Origin: Málaga DO, Sierras de Málaga DO and Pasas de Málaga DO.The potential of the patchwork of territories making up the route is absolutely extraordinary. Wine has been made here since Phoenician and Roman times, and the local historic, cultural and natural heritage is of exceptional value.

These are 'still' wines. The white wines produced on the route are made from the varieties Chardonnay, Colombar, Sauvignon Blanc, Gewürztraminer, Riesling and Viognier, while red wines are from Romé, Cabernet, Sauvignon, Merlot, Syrah, Tempranillo, Garnacha, Cabernet Franc, Pinot Noir, Petit Verdot, Graciano, Malbec, Monastrell and Tintilla de Rota grapes. In general, these wines are fruity in the nose, with a bouquet that mellows in older wines and acquires the complexity and distinctive aromas characteristic of mature wines. On the palate these wines are rounded, long-lasting, and fuller and more concentrated in the case of aged wines. The white wines are straw coloured with greenish highlights which are enhanced with hints of gold in aged wines. The reds vary from a deep violet to crimson or brick red where they have undergone a long ageing process. Finally, the rosés have a range of pinkish to reddish tones. 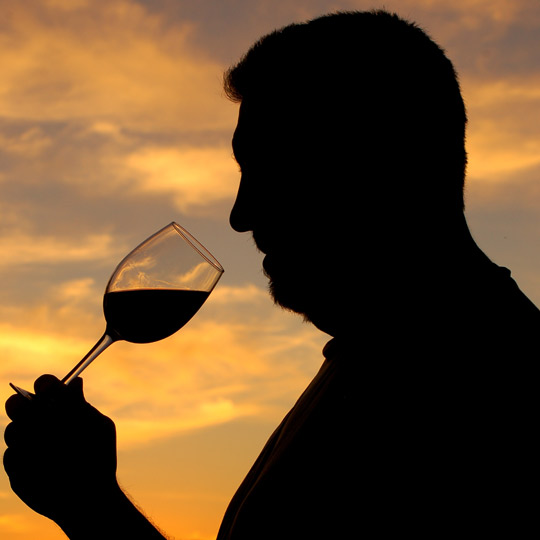 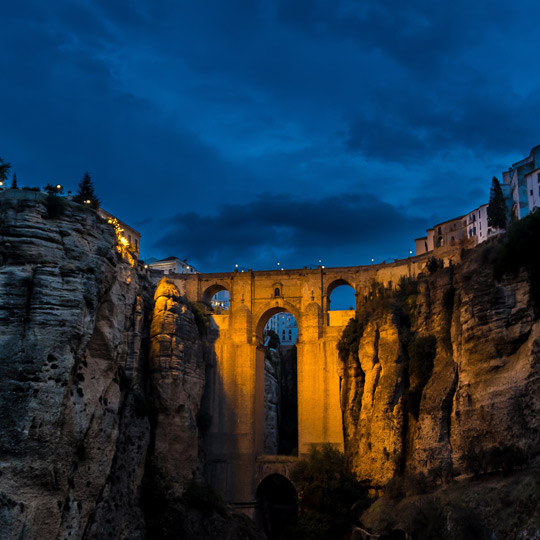 The Wine Route is served by various international airports nearby. Jerez airport (Cadiz) is a little over 100 kilometres away; and the airports of Seville and Malaga are at a distance of 125 kilometres.Major ports nearby are Algeciras (about 100 kilometres), Malaga (118 kilometres) and Cadiz (around 150 kilometres). It also has a variety of road connections from Cadiz, Cordoba, Granada, Malaga, Marbella and Seville. The Serranía de Ronda Wine and Winery Route covers the municipalities of Arriate and Ronda. The latter has been declared a Property of Cultural Interest due to its historic heritage featuring particularly the Arab baths, the Mondragón Palace, the bullring of the Real Maestranza de Caballería de Ronda and the Collegiate Church of Santa María, among other monuments. 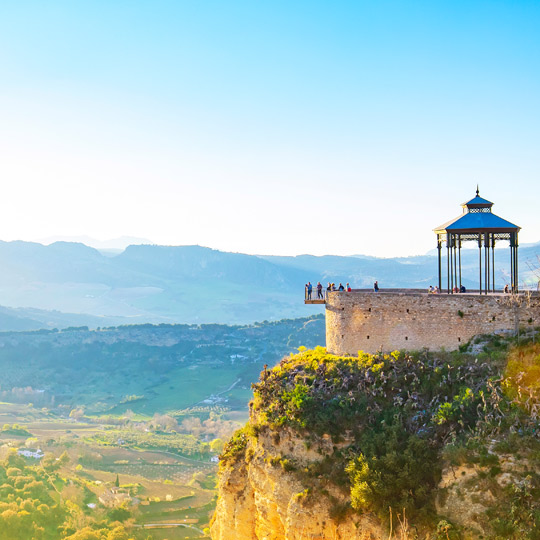