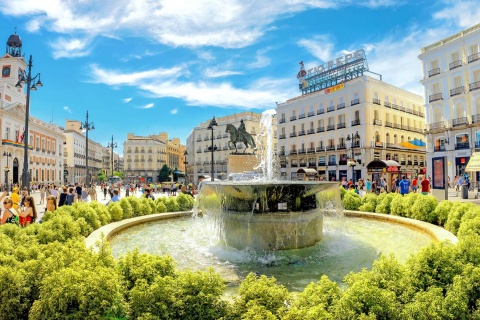 The Puerta del Sol is one of Madrid's main hubs. The first buildings surrounding this area were begun in the 16th century, although the square assumed the importance it has today with the construction of the Casa de Correos post office building in 1768.

The square was completely transformed in the 19th century, and between 1857 and 1862 it took on its current appearance following the demolition of a number of buildings. This site, known as the 'kilometre zero' from which all radial roads lead out of Madrid, has witnessed many different historical events, including the Esquilache Mutiny in 1766, the resistance against Napoleon’s troops on 2 May 1808, and the coronation of Ferdinand VII in 1812.

An absolute must, the Puerta del Sol contains several attractions such as the Bear and the Strawberry Tree statue, next to Calle Alcalá, and the 9-metre tall equestrian statue of Charles III. The square is closely linked to the New Year's Eve tradition of eating twelve grapes, one for each chime of midnight. The large clock that dominates the square sees in the New Year for many Spanish people. 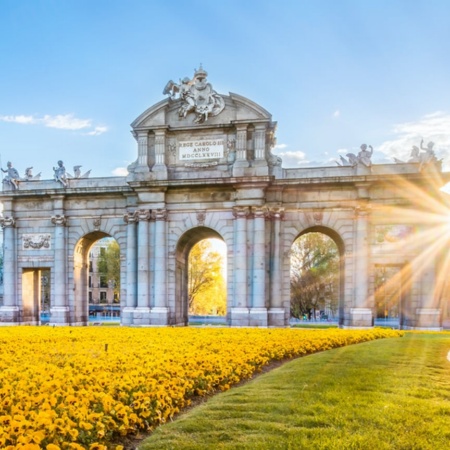 Madrid’s most famous monuments and their history 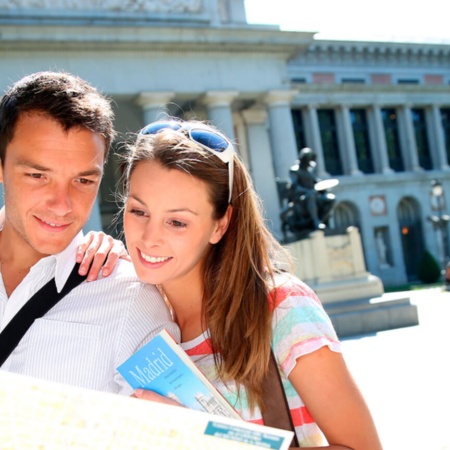 A city break in Madrid: spend a weekend getting to know Spain’s capital 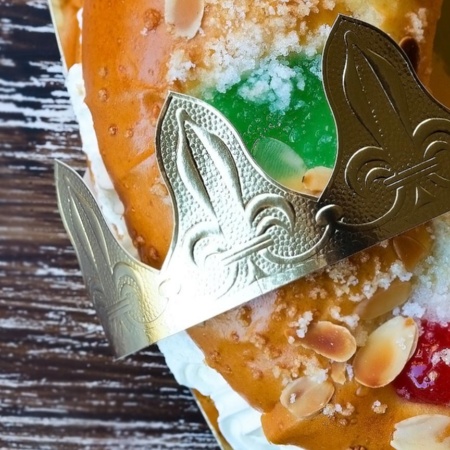