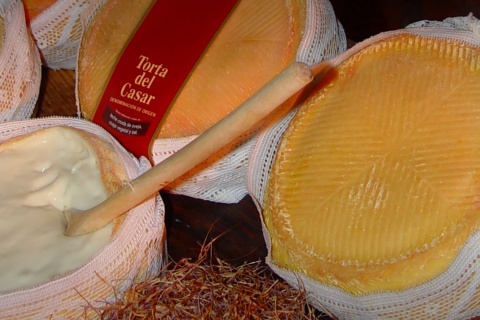 The cuisine of Extremadura 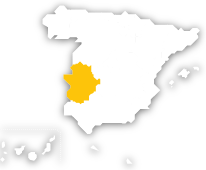 The Extremaduran countryside never ceases to amaze the visitor, with its dry plains, luxuriant pastures, mountains, marshes, meadows and fields.... In each area there are different products, the crops and livestock influencing the local dishes. However, the cooking is almost always simple. One of its main influences over the centuries has been the convents, which surprised illustrious visitors seeking rest, peace and good food in the monasteries and abbeys with many culinary delights. Yuste, Guadalupe, Alcántara and other refuges gave hospitality to high-ranking noblemen, serving them delicacies which satisfied even the very demanding taste of the emperor Carlos V.

According to Dionisio Pérez, when the convent of San Benito de Alcántara was sieged by the troops of Napoleon, the nuns used the parchment paper of books to make rifle cartridges. Somebody found out that on one of these manuscripts was written the recipes of the convent and sent it to General Junot, who later incorporated the recipes into the French cuisine. In this way, pheasant, woodcock and partridge were served "a la Alcántara" in Parisian palaces. The expert Escoffier, a staunch Gaul, said that this manuscript was "the best trophy, the only profitable thing that France got out of that war".

Extremaduran cuisine is simple, tasty and very varied, because it knows how to use the top quality resources it has at its disposal and never tries to hide anything. This has resulted in authentic, natural and uncomplicated dishes. Christians, Muslims and Jews lived together in this region and each left its mark on Extremaduran cooking. The Arab "sinabi" is the precursor of the "caldereta" (meat stew), the Jewish "adefina" is the precursor of the "olla" and "puchero" (other typical stews) and "escabeche" - a pickling brine - was used to prepare food by both cultures and was very popular throughout the region.

The most important component of Extremaduran cuisine is the Iberian pig, which produces the best cured hams in the world; its meat is covered with a type of ground pepper known as paprika, which was brought to Spain by the Extremaduran conquistadors and is used to prepare delectable cold meats. True gastronomic delights are prepared with its fresh meat - "presa" (whole fresh leg), "secreto" (from the stomach), "carrillera" (from the face), "botones" (from the stomach) etc. Oven-roasted lamb, cooked as "caldereta" or in another type of stew known as "guiso de bodas", represents Extremaduran cooking at its best. Game abounds in this region (partridge, pigeon, turtledove, rabbit, hare, wild boar, deer, etc) and is cooked and served with wild mushrooms, truffles, wild asparagus or the excellent thistle, resulting in a very creative and innovative style of cooking which satisfies modern tastes. The tench is an excellent fish which when properly prepared is sublime. The Extremadurans either marinade it in a pickling brine or pickle, or fry it. This fish is in fierce competition with the trout, another favourite.

However, if the Iberian pig is considered exceptional, the "Torta del Casar" is surely the most sought-after cheese in Spain, which together with the other cheeses found in the region - La Serena, Ibores, Gata and Cabra del Tietar, can form part of a cheese board which is difficult to beat. Extremaduran honey is very sweet and varied due to the diversity of the flora found in this area. Thyme, heather, rosemary, lavender, lime and eucalyptus are used to prepare a great variety of desserts by mixing them with almonds, walnuts, pine nuts, eggs and flour and sometimes a glass of anise or other liqueur to make "rosquillas" (ring-shaped biscuits), "alfeñiques" (caramel dessert), "perrunillas" (small round cakes), "nuégados" (egg yolk and orange), buns, "técula-mécula" (cinnamon, almond and tea), etc. These desserts are almost unknown but they pleasantly surprise the sweet-toothed traveller when he passes through one of the many beautiful towns of the region. The fruit is extremely good, some such as the Jerte cherry truly delectable. The traveller will find sweet and firm melons, delicious early apples, large and aromatic peaches and figs, which are so juicy that at times a drop of "honey" spills out from the centre.

With regards wine, there is one Denomination of Origin: Ribera del Guadiana. Extremaduran wine is still not very well known, but the advances made with regards its quality are notable and at times they are found on the most select tables.

Platters of Iberian cured ham are the star of the table, above all Dehesa Iberian ham from Extremadura. The cheeses, particularly the Torta del Casar, cheese from La Serena and Ibores, never fail to make an appearance. Soups such as garlic soup (containing the famous Extremaduran Vera paprika) or fish broths are the most popular prelude to the main course. Which are the most popular? Apart from those that are customary throughout the country, the most popular are the recipes based on cod and prepared with typical local mushrooms, known as criadillas. To finish, why not try one of the tasty desserts made from Valle del Jerte cherries 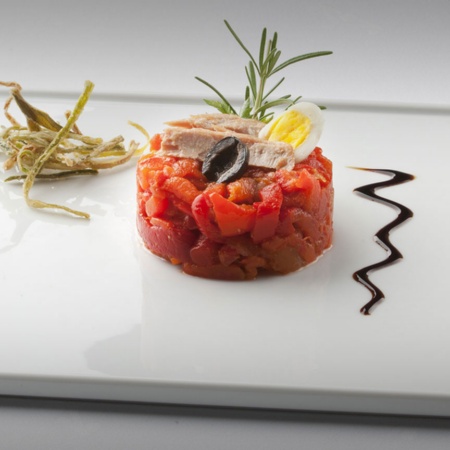 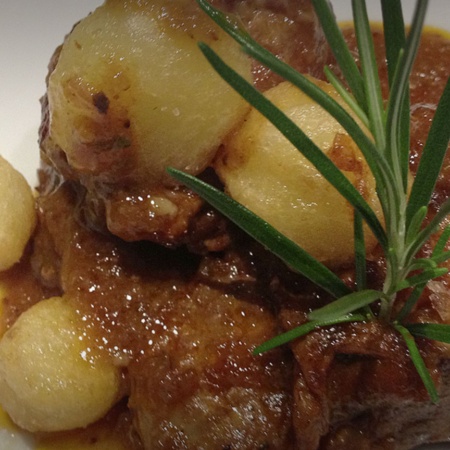