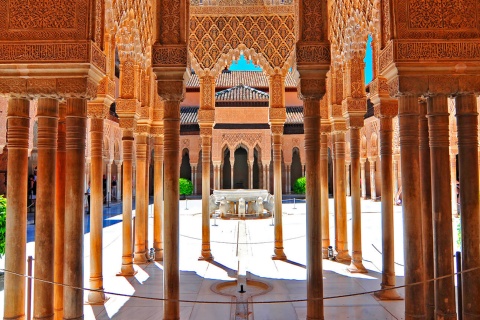 The Alhambra, one of the 10 World Heritage Sites in Andalusia

Courtyard of the Lions, Alhambra, Granada

It’s true that Andalusia has many World Heritage sites, but by far the most visited and most spectacular is the Alhambra, a monumental historic site. Its success can be understood if you see it from the San Nicolás viewpoint, on the other side of the river Darro. Even better if you do so at sunset, accompanied by the guitars and songs of local buskers. Former US president Bill Clinton only needed a few hours there to declare it “the most beautiful sunset in the world”.

View of the Alhambra in Granada by night

If you’re wondering about the origins of the monument visited by almost three million people every year, you need to know that its name comes from the Arabic: al-Hambra (‘the red one’). It was designed between the 9th and 12th centuries as a military area (Qal’at al-hamra, ‘Red Fortress’), but not only for that: the Alhambra was a stronghold, a Nasrid palace and a medina (small city) all at the same time. That was until 1492, when it became a Christian court after the reconquest of Granada by the Catholic Monarchs.As the heritage site is enormous and full of details, a visit to the Alhambra is never short. Some people do it in one or two hours, but history lovers can take more than five hours. From the Alcazaba to the Royal Palaces, the charming Gilded Room, the majestic Comares Hall, the Renaissance palace of Charles V (now the Museum of Fine Arts) or the famous Courtyard of the Lions... Where to start?

We recommend beginning the tour with the splendid gardens of the Generalife, the summer residence of the sultans. Then walk through the majestic Nasrid palaces to the picturesque Lions Courtyard and its sonorous fountain, one of the most famous in the world. And if you’d like to walk some more, go towards the Alcazaba, the oldest part of the site.Given that this is the sight nobody wants to miss on a visit to Granada, the best option is to book a ticket (maximum of 3 months in advance and up to 2 hours before the visit) on the official website. 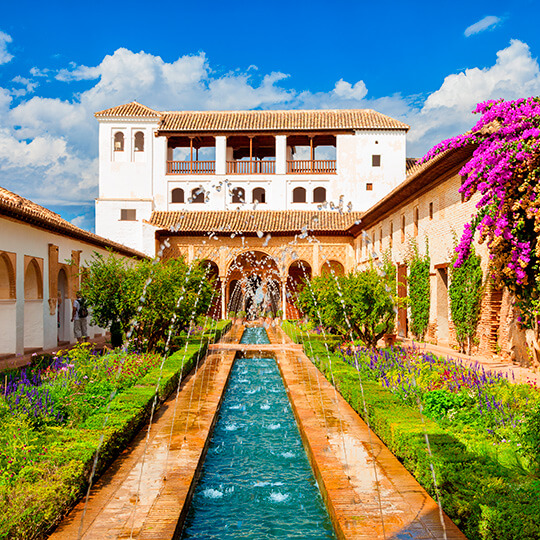 Generalife gardens, Alhambra, Granada
Find out more about...
What to do 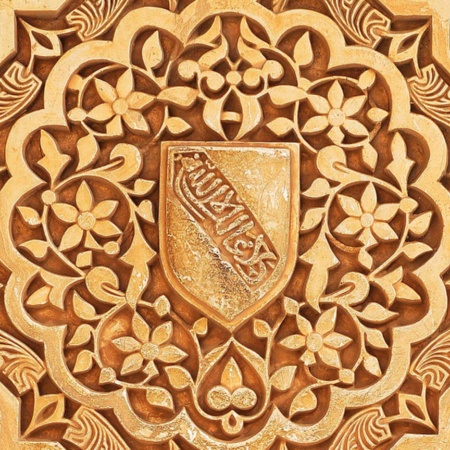