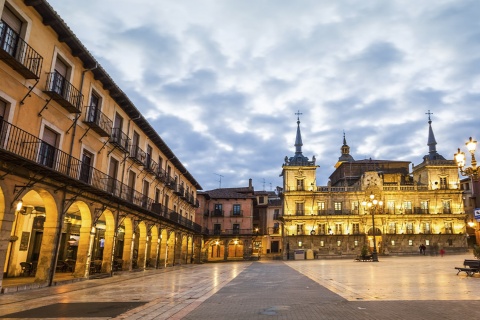 The Pulchra Leonina, the Sistine Chapel; of Spanish Romanesque architecture and the old Hospital de San Marcos are the key points of this former Roman encampment.

Over the course of time, León became the capital of the kingdom in the Middle Ages, a historic enclave on the Pilgrim's Road to Santiago de Compostela and a city perfectly suited to its inhabitants. The incredible natural landscape of this province will take take us to the Picos de Europa National Park, the area of Las Médulas (a World Heritage Site) and the winter resort of San Isidro. A cultural and leisure offer which is only surpassed by the quality and variety of León's gastronomy.

What was the Roman Legio VII Gemina Pia Felix preserves an interesting Romanesque, Gothic and Renaissance legacy, the result of its splendour during the Middle Ages. The Plaza Mayor forms the centre of this city, crossed by the river Bernesga. Among this baroque collection of buildings stands the City Hall, popularly known as the "Balcony of the City", since from its galleries the nobles observed the town's activities taking place.

Next to the City Hall is the neighbourhood of San Martín, built around the square and the church of the same name. In this area, there are small palaces and large houses such as the Casa de las Carnicerías and the Palace of Count Luna. The institution which once supplied meat to the city is a 17th-century building which today houses an exhibition hall. The palace has a 14th-century Gothic façade with Arab influences and a large dressed tower. Also worth a visit is the church of San Salvador de Palat del Rey, dating from the 10th century and the oldest in the city. Dotted around these streets are bars and restaurants where we can sample the best of the region's gastronomy and which have made it worthy of the nickname El Húmedo. We can continue our route on to the Palace of los Guzmanes and the Casa de los Botines. The main façade of the palace, site of the County Council, dates back to the 16th century and featuring prominently on the building are the lattice balconies and the lateral façade. The Casa de los Botines, meanwhile, is the work of the architect Antonio Gaudí, who launched the modernist style in the city. León has more examples of this artistic trend in the square of Santo Domingo. From here, we can enter the area surrounded by the Roman walls, with the city's two jewels located at either end: the Cathedral and Basilica of San Isidro. The “Pulcra Leonina”, one of the most striking Gothic temples in Spain, stands on the site of an old Roman baths and a Romanesque church. Approaching it face on offers us, on its main front, a view of one of the most significant series of Gothic sculptures, a richly-coloured rose window and two towers, curiously free-standing from the main façade. But perhaps what most captures the visitor's attention are the 1,800 square metres of stained-glass windows. Once inside, stopping by at the choir, the Romanesque tombs in the transept and the chapels of the ambulatory is a must. A visit to the Cathedral Museum, one of the most complete of its kind, takes us to see the cloister and a plateresque stairway, as well as major paintings and sculptures. One of the most significant sites in the whole of Europe is the Basilica de San Isidoro. Its thick walls jealously guard what is known as the "Sistine Chapel" of the Spanish Romenesque style. It is a series of frescoes from the 12th century which decorate the underground crypt of the Royal Pantheon and which still preserve their original colour. We can find scenes from the Old and New Testament, floral motifs and a calendar of agricultural tasks. But the exceptional condition and quality of the paintings mustn't distract us from viewing the architectural features. The sculptures on the main fronts are a true Bible in images. The museum is housed in its cloisters and conserves an archive of codices, incunabula and a Visigothic Bible, among other works. Its prestigious collection of medieval art is enriched by the San Isidro Chest, the Ivory Chest or the Chalice of Doña Urruca. Walking around the city, you can discover churches of all ages and styles. In San Marcelo there is a reredos created in part by Gregorio Fernández, one of the most significant sculptors of the Spanish baroque style. Meanwhile, a church which recalls the splendour of the Pilgrim's Route to Santiago de Compostela as it passed through Léon is the Virgen del Camino, a highly venerated figure in the city.

And also linked to the Pilgrim's Route to Santiago de Compostela, which has World Heritage status, is the Hostal de San Marcos. One of the earliest expressions of the Spanish plateresque style was a pilgrims' hospital and shelter and the seat of the Order of Santiago. It currently houses the city's Parador, on the banks of the river Bernesga. An exceptional place to stay during your time in the city and to sit at a table well-stocked with the region's delicacies. Maragato stew, frog's legs, beef sweetbreads and mountain meats are just some of the suggestions. The vegetables, meat products and fish can be washed down with Designation of Origin wines from El Bierzo. Rice pudding or Astorga mantecadas (made with sugar, flour and egg) round off any gastronomic occasion. The province of León offers us significant slices of the history, art and nature of the region. The river Esla will act as our guide to the villages and historical sites which stand on its banks, such as San Miguel de Escalada, a monastery in the Mozarab style from the 10th century. The northwestern end of León is dominated by the Picos de Europa National Park. Mountain villages such as Caín or Posada de Valdeón appear between the valleys, mountains and forests of beech trees. The Cares gorge and the narrow mountain pass of Los Beyos are some of the most stunning landscapes to be found deep in the Cantabrian mountain range. In the central mountains of León, meanwhile, is the winter resort of San Isidro, a spot perforated by hundreds of caves, among which Valporquero stands out. Stalagmites, stalactites, lakes and waterfalls have formed in its galleries. Astorga, a city of Roman origin, is the gateway to the region of Maragatería. Among its villages, we will find one, Castrillo de los Polvazares, which is a National Monument. The Pilgrim's Route to Santiago de Compostela crosses León through the region of El Bierzo, to be precise, through Villafranca del Bierzo, Cacabelos or Carracedo, whose monastery of Santa María is also a National Monument. Near here stand the clayey mountains which form Las Medulas, former Roman gold mines which have been declared a World Heritage Site. It only remains for us to travel to Ponferrada and the Valle del Silencio. One of the villages in the valley, Peñalba de Santiago, is a National Historic-Artistic Site. Among its slate and quartzite houses stands the church of Santiago, a Mozarab temple from the 10th century. 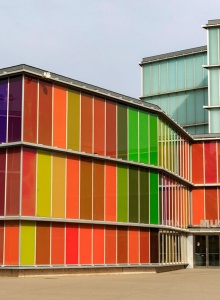 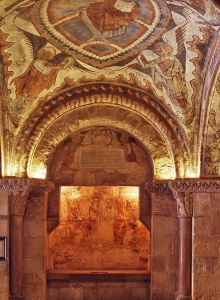 Museum of the Collegiate Church of San Isidoro 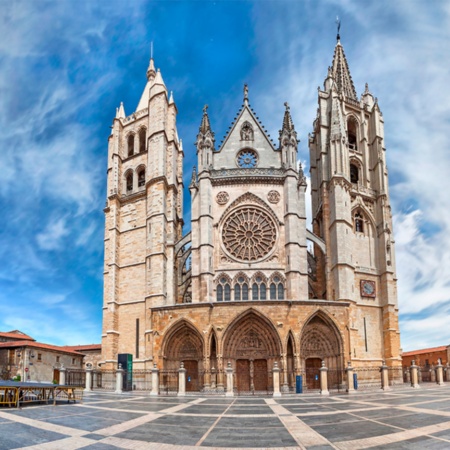 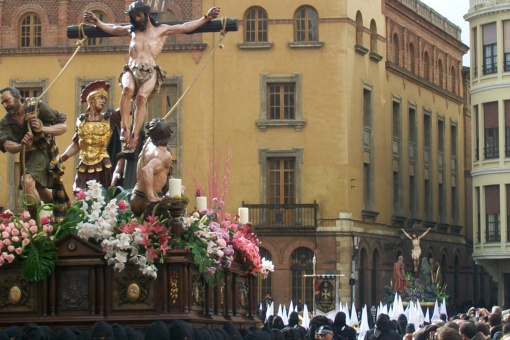 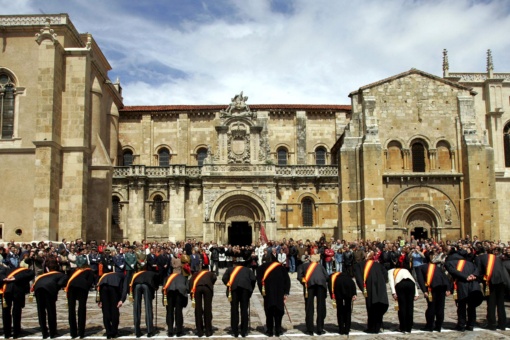