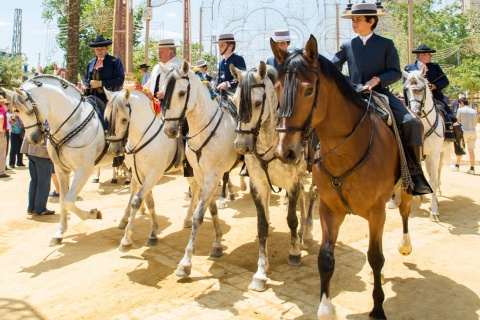 Jerez de la Frontera, well known for its wines, its horses and its flamenco, preserves a historic centre that has been declared a historic artistic site.

One of the noblest towns in Cádiz brings together the splendour of aristocratic palaces with the popular flavour of typically Andalusian houses. Features that are shown off every year at the celebration of the Horse Fair, declared of International Tourist Interest. This enormous offer of culture is enriched with the aromas of a regional cuisine in which the Denomination of Origin of Jerez-Xérès-Sherry Manzanilla-Sanlúcar de Barrameda is outstanding. A visit to one of the city's wine cellars will help travellers to get a deeper understanding of its winemaking tradition.

Founded by the Phoenicians with the name of Xera, during the Middle Ages it was a site of border incursions as it was at the limit of the Kingdom of Granada, which was under Muslim control. When the Catholic Monarchs conquered it, it was already known for the excellence of its wines. The creation of its own breed of horse, the Cartujana, also belongs to the Middle Ages. It is named in honour of the Carthusian monastery of Santa María de la Defensión in Jerez. Its monks were the ones who created and bred this variety for centuries until, after Mendizábal's church land sales, the breeding of horses passed to the region's livestock farmers.

Jerez de la Frontera's Arab past is clear in its walls, the Fortress and the Mosque. The latter is today the chapel of Santa María la Real. The Almohad origin (12th C.) of the building can be seen in the octagonal towers. Among other rooms, the Fortress has bathrooms, covered with vaults in which skylights were opened. The tower of Villavicencio palace, a Baroque building forming part of the monumental site, has a camera obscura from which you can make out the whole city. The city's main Christian symbol, the Cathedral, is very close by. Standing on the site of a mosque, the former collegiate church of San Salvador combines Baroque and Neoclassical elements in its structure. The tower maintains Mudejar influences. Inside, we can admire works by Zurbarán. On the other side of the Fortress is the square and church of San Miguel, a beautiful open space surrounded by orange trees. Gothic, Renaissance and Baroque styles have created a special composition, finished off by a notable main reredos. Once you have passed the Plaza del Arenal, the next landmarks are the Municipal Meeting Rooms and City Hall, the Mudejar looking church of San Dionisio (patron saint of the city), and the Convent of San Francisco, which has a 13th century cloister. The oldest part of this area, surrounded by the old walls, has valuable examples of religious and civil architecture, like the churches of San Mateo and San Lucas and the Riquelme and Permantín palaces This former residence of the local aristocracy is nowadays the Andalusian Flamenco Centre. This is a good place for getting to know more about this art, of which Jerez is a master, through its audiovisual facilities, specialised library, and recording library. Not far away lies the district of Jerez with the greatest flamenco tradition, Santiago. Among the whitewashed houses there are many flamenco clubs and brotherhoods, whose members venerate the images preserved in the Basilica of Nuestra Señora de la Merced (patron saint of the city) and in the church of Santiago. Its Gothic layout with Renaissance and Baroque elements houses the Cristo del Prendimiento (Arrested Christ), the popular “Prendi”, whose procession on Wednesday of Easter week is accompanied by deeply felt "saetas" (flamenco songs). On the way to Jerez' most important shopping streets stands the Convent of Santo Domingo (with Mudejar décor and nerve vaults in its cloister, which is used as an exhibition hall), and the Baroque style Domecq Palace.

Another way of getting to know the culture of Jerez is visiting its numerous wine cellars, where the wines of the Jerez-Xérès-Sherry y Manzanilla-Sanlúcar de Barrameda Denomination of Origin are made. Here we can get to know both the traditional and modern winemaking methods and taste the different types of Jerez wine. The unusual architecture of this temples to wine is also outstanding. You can enjoy cellars designed by Gustav Eiffel (González Byass' “La Concha”), structures with more than 4,000 iron arches (Domecq's Gran Bodega), or the “Bodega del Tío Pepe”, Andalusian Historic Heritage for being representative of the “Docomomo” Modern Movement. It is also interesting to visit the Museum of 19th Century Labels. The breeding of Cartujana horses is also intimately linked with the development of this Andalusian city. Here the Horse Fair takes place, a festival declared of International Tourist Interest where horses and riders have a clear leading role. During these days horse-riding and competitions are accompanied by singing, dancing and food, always present on the fair's stands. This equestrian tradition is clear in institutions like the Cartuja Stud, the Military Stud and the Centre for Equine Reproduction. In the Recreo de las Cadenas, work of the French architect Garnier and headquarters of the Royal Andalusian School of the Equestrian Art, we can attend a demonstration of "How the Andalusian Horses Dance”. On the outskirts of the city, the range of culture and leisure on offer is completed by the Carthusian Monastery of Santa María de la Defensión, a National Monument, and various golf courses, one of them a few kilometres from Jerez de la Frontera airport. The cuisine of Jerez adds its wide range of wines to the preparation of its most typical recipes, so, meat, shellfish and fish are cooked in sherry or Jerez-style, which indicates the inclusion of fino, amontillado, oloroso or Pedro Ximénez. Soup with tomato, gazpacho, and stew with chickpeas are followed by "torrijas" (bread with wine and fried food) and "tocinos de cielo" (egg yolk cakes). The vinegar, wines and brandy must be from the Jerez denomination of origin. Jerez de la Frontera is also a good starting point for going to the extensive beaches of the Costa de la Luz, where places like Sanlúcar de Barrameda, Cádiz or Chiclana de la Frontera are the highlights. The mountain villages making up the White Village Route are a good example of urban development integrated into broken terrain. You can tour through beautiful landscape, among which we might mention the natural parks of Bahía de Cádiz, Entorno de Doñana, and La Breña y Marismas de Barbate. As well as the range of accommodation in Jerez de la Frontera, two good options for staying in the region are the Cádiz and Arcos de la Frontera paradors de turismo. 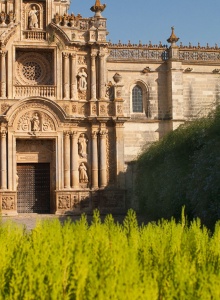 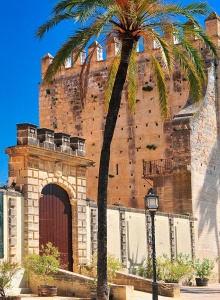 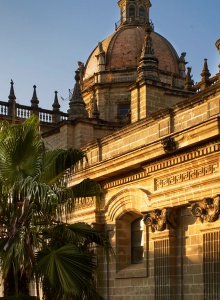 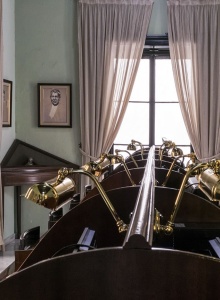 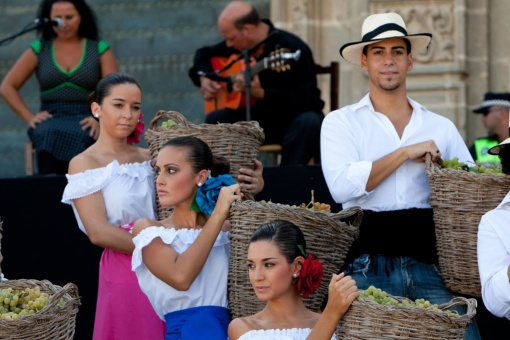 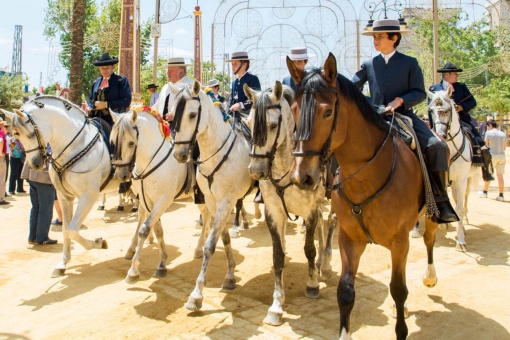