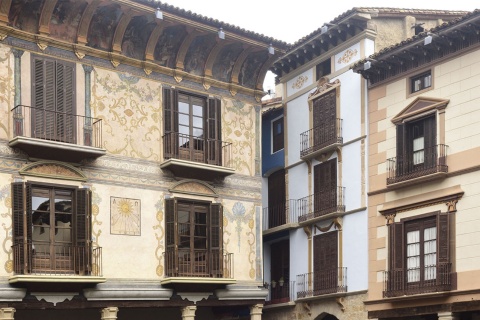 Graus offers the traveller a city centre filled with historic vestiges. This was the town where Joaquin Costa, a distinguished intellectual, was born and died.

The most important festivities in Graus, declared of national tourist interest, are held from the 12th to the 15th of September, honouring Santo Cristo and San Vicente Ferrer. The village is internationally renowned because of its truffle industry. In addition, several fairs and trade shows take place throughout the year, as they have for centuries.

To speak of the local architecture, we must begin by mentioning the basilica of Virgen de la Peña, which is sheltered by the Morral crag, and dominates the whole town. Construction work for this building began in 1538, its most remarkable features being its beautiful Renaissance main front, and a graceful gallery that offers a great view of the city centre. The latter has several interesting sites, such as the main square, or Plaza Mayor, where the town hall is located, as well as other buildings with lively, Neoclassical-style mural paintings. At the popular district of Barrichós, the oldest quarter in town, on Coreche square, we find ancestral homes such as the houses of Mur and Solana, both from the 16th century. Towards the end of this quarter we find the gates to the ancient walled enclosure, built in 1589. We must also point out the parish church of San Miguel, originally a Romanesque building, although numerous, successive remodelling work considerably altered its appearance. Inside we can find interesting Gothic panels from the second half of the 15th century. 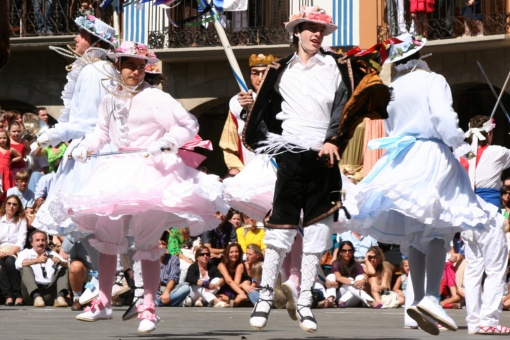