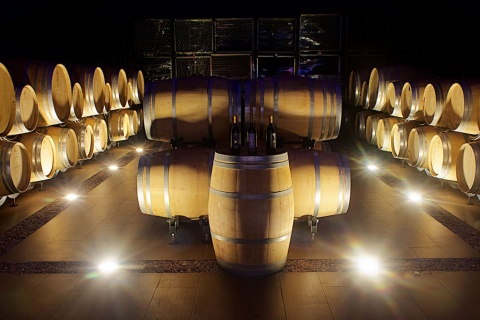 Barrels inside a winery on Madrid's Wine Route

The Region of Madrid has four wine subzones perfect for wine tourism: Navalcarnero, Arganda, San Martín and El Molar. In fact, you can enjoy many activities related to wine in the charming towns that make up this route: visits to wineries, themed tours, tastings, workshops, picnics in the vineyards, etc.You should also take advantage of the visit to learn about the interesting history of these towns –so closely linked to wine–, as well as their heritage, traditions and gastronomy (with star dishes such as cocido madrileño).

Vine growing and winemaking has been a tradition since the 13th century throughout the Region of Madrid, and the Vinos de Madrid Designation of Origin was created in 1990.Specifically, this route has 12,000 hectares dedicated to the cultivation of wine grapes. Thanks to research and the implementation of advanced techniques in all the growing and winemaking processes, the wines produced are increasingly adapted to current taste and demand. In addition, the constant growth in quantity, variety and exports justifies the recognition of these wines, which receive awards and commendations in the world's leading wine fairs.Visitors on this route can taste mature and well-blended red wines, smooth, fragrant rosés, and young, pleasant whites. 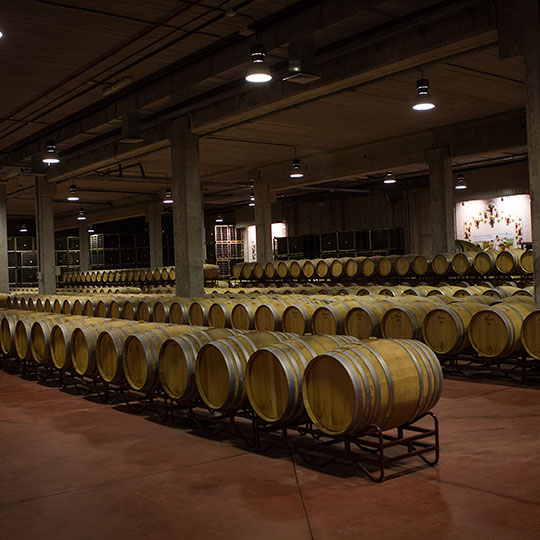 This route has about a hundred partners spread throughout the different subzones and the city of Madrid, between wineries, restaurants, municipalities, shops selling traditional local produce, country guest houses, hotels, travel agencies, museums, and tourist offices. Each offers an alternative and complementary tourism product. This makes the route very varied, as it includes experiences such as:-Cultural visits to heritage towns and villages such as Nuevo Baztán, one of the "Most beautiful villages in Spain"; Colmenar de Oreja with its Ulpiano Checa Museum; Villarejo de Salvanés with its Torre del Homenaje and its Casa de la Tercia; and San Martín de Valdeiglesias with its Castillo de la Coracera and the reservoirs of San Juan and Picadas.-Visits to the different wineries with their hundred-year-old cellars in towns like Navalcarnero and Colmenar de Oreja, or more modern facilities such as in Morata de Tajuña or Villaconejos. -Nature activities including horseback riding in the vineyards, rides on flat-bed trucks, bird-watching in the vineyards, wine tasting under the stars, etc.-Wine festivals and fairs such as the Colmenar de Oreja Wine Fair, Entre vinos wine day in Navalcarnero, the Villa del Prado Orchard and Wine Fair or the Boadilla del Monte Wine Fair. 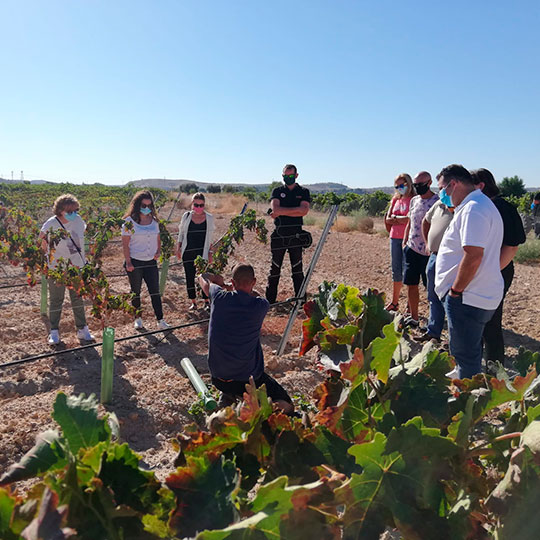 The Wine Route of the Region of Madrid is made up of four distinct subzones that practically surround the city of Madrid: Navalcarnero, Arganda, San Martín and El Molar.All of them are only a few miles from the city of Madrid, meaning that they can be easily reached by car in less than an hour and also by public transportation (bus, train, etc.). Arganda can even be reached via the metro network. Consult the transport network of the Community of Madrid with its wide offer at:  https://www.crtm.es/ 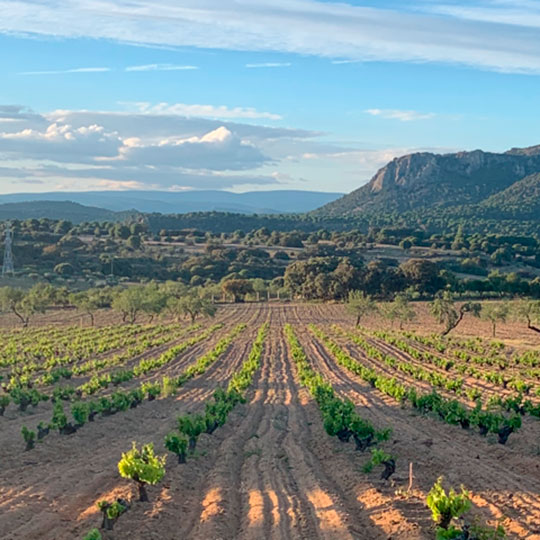