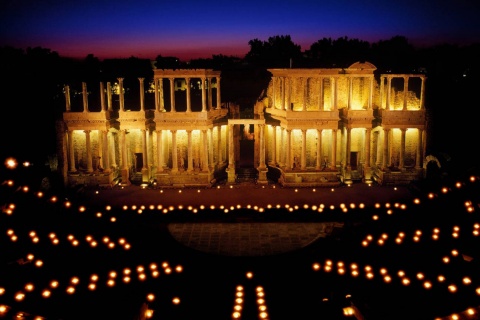 Window-shopping in boutiques and finding a Roman temple around the corner. Enjoying an open-air theatre performance in a monumental theatre, with a history stretching back over 2000 years. Crossing a Roman bridge and coming face-to-face with an Arab fortress. This is Mérida, the World Heritage City in Extremadura (Weastern Spain) that we want to help you discover.

Where the Roman Empire still lives

This is one of the best preserved Roman sites in the world. It has a spectacular theatre with many of its original elements, an amphitheatre, a Roman circus, two aqueducts, several temples, a number of Roman mansions… A single ticket gives you access to all the monuments, and guided tours and night tours are also available.Mérida is also home to the National Museum of Roman Art. Its collection includes large mosaics, part of an ancient Roman road, and the decorated portico of the forum.

And contrasts with the modern city

The heritage sites are embedded into the modern city of Mérida, and this is one of its main attractions. For example, next to the main shopping street (Santa Eulalia) there is the Temple of Diana, one of the oldest buildings in the Roman colony; or, walking along Calle Trajano, you will pass under the Arch of Trajan, which once gave access to the sacred space surrounding a gigantic temple. 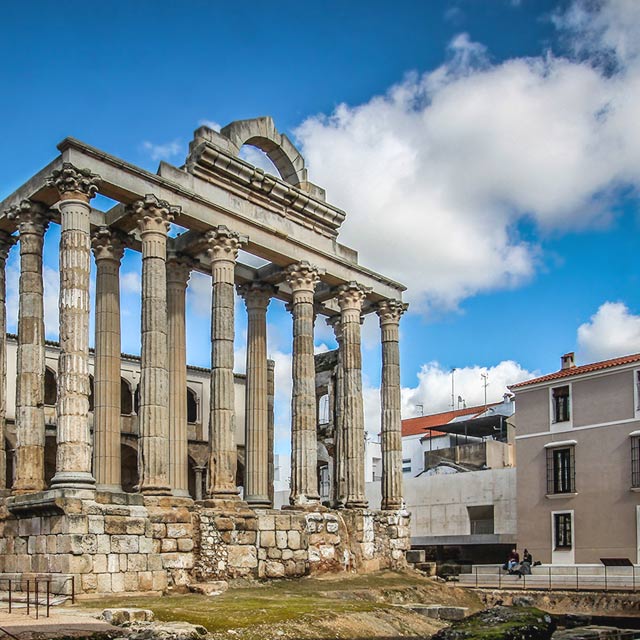 Where to enjoy special moments

There are three times a year when the monuments of Mérida become even more spectacular.- In July and August, the Roman theatre hosts the International Classical Theatre Festival.- June brings Emerita Lvdica, a festival that recreates the city’s past with Romans and gladiators parading in the streets, a market, shows, and the Roman White Night, when you can visit the main sites until the small hours.- In the early morning between Holy Wednesday and Holy Thursday (in March or April), the amphitheatre is home to a moving Via Crucis (Stations of the Cross). 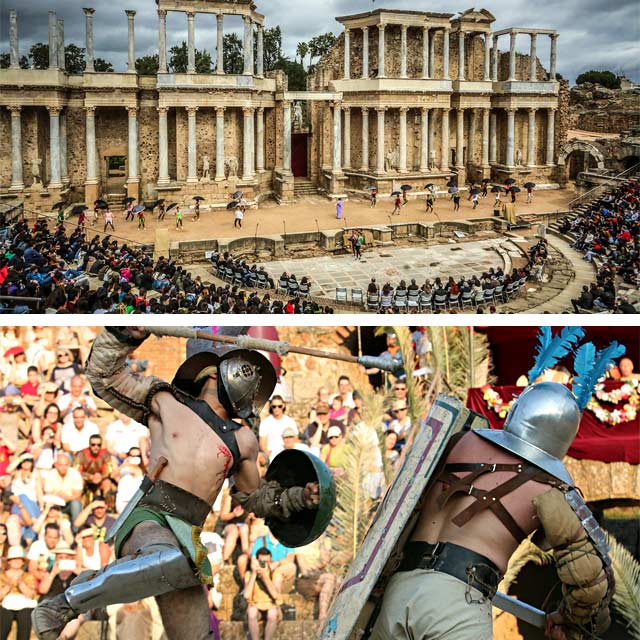 And sample lots of tapas

The old town centre is full of restaurants where you can try the most popular local recipes. Typical dishes include the fried breadcrumbs known as "migas extremeñas", and all the products derived from Iberian pork such as Iberian ham, pork blade or loin, black pudding and chorizo. The ideal accompaniment is a traditional local salad, such as zorongollos or cojondongos. 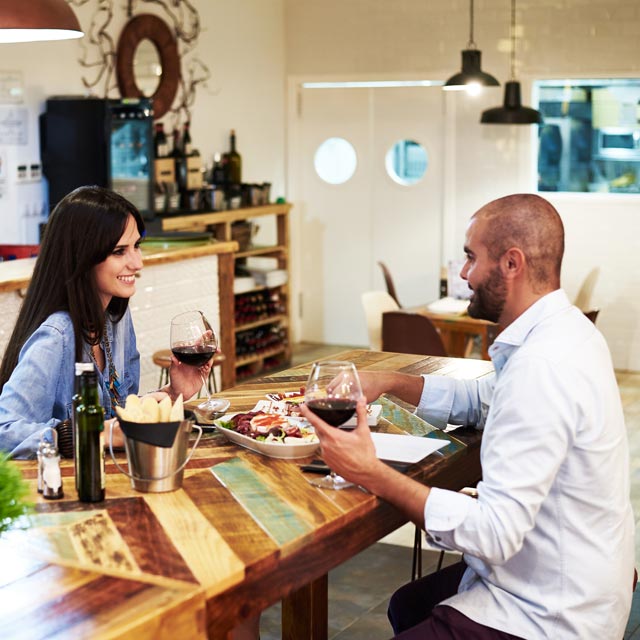 Couple in a restaurant in Mérida © Turismo de Extremadura
Find out more about...
What to do