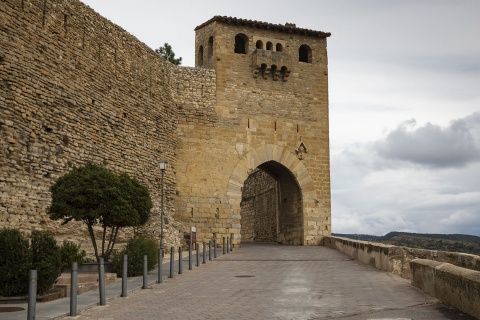 Morella is an extraordinary example of a Gothic city and has the designation of Property of Cultural Interest.

The highlights are, first of all, the castle and medieval walls, erected in the 14th century. Within the old enclosure, there are notable churches, like the Santa María la Mayor Archpriest (1263-1330), Gothic with Baroque details; the old San Francisco Convent (13th century); the San Juan Churches (15th century), Gothic with Neoclassical decorations, and the San Nicolás Church, Gothic; and the San Marcos and San Pedro Mártir Chapels.

In civil architecture, the Casa de la Villa (14th and 17th century), and the Ciruana, Piquer, Rovira and Cardinal Ram Houses are all worth mention, as well as the hospital (15th century). Likewise, walking through the group of streets full of staircases and by the porticos of Blasco de Alagón, completing a loop around the mountain on Alameda and contemplating the outside of the medieval Santa Llúcia aqueduct are essential for getting to know this city. Two points of interest stand out in the municipality of Morella: the cave paintings of Morella La Vella, and the Sanctuary of the Virgen of Vallivana. Every six years since 1673, a procession climbs to the virgin of the city. On the edges of the highway there are many chapels where pilgrims perform prayers and supplications on their 22 kilometre march. 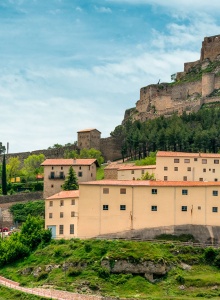