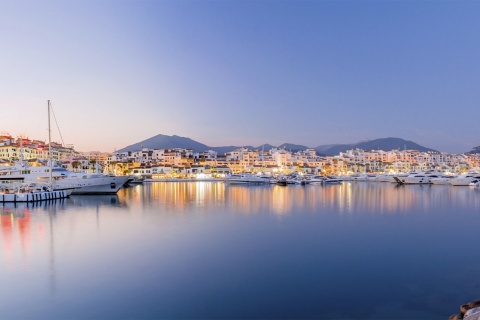 Marbella is, without a doubt, one of the Costa del Sol's major tourist centres, thanks to the high quality of the facilities and services it provides. Puerto Banús, one of the main focal points for tourists in the town, houses an exclusive leisure area inside the excellent facilities of its marina.

But Marbella is also a paradise for golf lovers. A dozen magnificent courses allow the golfer to play the sport before the unusual backdrop provided by the sea and the mountains. The historic part of town, sitting on a beautiful bay, shelters lovely corners of a typically Andalusian flavour, with whitewashed houses and orange trees adorning the streets and squares. An ideal setting for sampling any one of the tasty recipes of the local cuisine.

Marbella is deservedly one of the Costa del Sol's prime destinations. Its excellent climate, beaches, natural surroundings and its major sports complexes are just some of the countless attractions which this town on the Málaga coast offers. Clear proof of the high quality of its infrastructure is Puerto Banús, one of the most emblematic spots in Marbella. Surrounded by exclusive housing developments, this famous marina each year welcomes some of the biggest and most luxurious yachts in the world. Its facilities also offer a select leisure area made up of restaurants, business premises and shops selling the big international designer labels and luxury items.From Cabopino to Guadalmina, Marbella offers the visitor 26 kilometres of beautiful coastline with a succession of sun-drenched beaches equipped with all kinds of services, which include modern hotels, residential complexes, shops and restaurants. The beaches of San Pedro de Alcántara, a major population centre less than ten kilometres from Marbella, are a fine example of the balance struck between nature and tourist development. Sports lovers will be in paradise in Marbella. A dozen magnificent golf courses allow the sport to be played at the highest level year-round, in surroundings of striking natural beauty.Those who prefer water sports will find the town has three marinas where they can take up the activity they prefer.In addition, Marbella has several riding schools, tennis clubs and other facilities to suit the most varied tastes. All this, and not forgetting the enormous possibilities the Sierra Blanca hills offer for all kinds of outdoor pursuits.The historic quarter of MarbellaAt the foot of the Sierra Blanca hills, on a beautiful bay, is Marbella's historic quarter. A delightful layout which displays its typically Andalusian charm through neat whitewashed façades decorated with grilles and geraniums or the orange trees which spring up on every corner.The heart of the town is plaza de Los Naranjos, from the Renaissance period, flanked by noble buildings such as the City Hall (16thcentury) and the old Chief Magistrate's Office (17th century).In the small church square you will find the Greater Church of la Encarnación, built in the 16th century. In this same setting stands one of the two towers which formed part of the city's old Arab fortress, from the 9th century.Testimony to the city's Roman origins are the many archaeological sites to be found in the area, outstanding among which are the Paleochristian basilica of Vega del Mar, the Roman baths of Guadalmina or the Roman villa of Río Verde.The considerable cultural offer of Marbella is completed by the Spanish Contemporary Engraving Museum, considered to be the most important of its kind in Spain. Situated in the Hospital Bazán (16th century), it houses an interesting collection of engravings from the 19th and 20th centuries, with works by grand masters of the stature of Picasso, Miró or Dalí. Gastronomy, festivals and surrounding area Fried fish, "ajoblanco" (cold soup with almonds, oil and garlic) or "gazpacho" are some of the tasty suggestions from Marbella's cuisine. Under the Designation of Origin Málaga standard, excellent sweet dessert wines are produced. From Marbella's calendar of festivals, it is worth highlighting the Fair and Festivals of San Bernabé, which are held during the first half of June. The programme includes concerts, bullfighting festivals and other activities. Holy Week and the festivals in honour of Marbella's patron saint, San Pedro de Alcántara, which take place in October, are other red letter days. Countless excursions can be made from Marbella all along the Costa del Sol. A few kilometres from town is Mijas, a traditional mountain village whose coastline has much to offer the tourist. Torremolinos, Estepona, Benalmádena and Fuengirola are other locations with a deep-rooted tourist tradition. The natural surroundings provide incredible landscapes in the Sierra de las Nieves Nature Reserve, in the heart of the hills of Ronda. Deep in the Sierra Blanca hills, very near Marbella, are Istán, a town famous for its springs, and Ojén, of great ecological wealth. 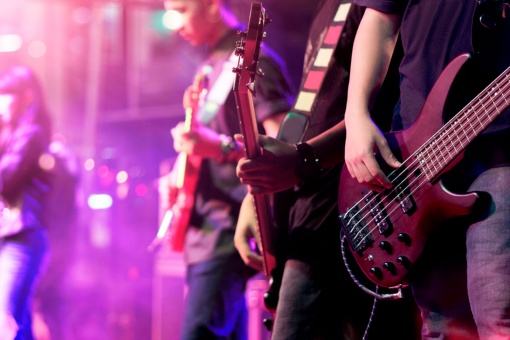