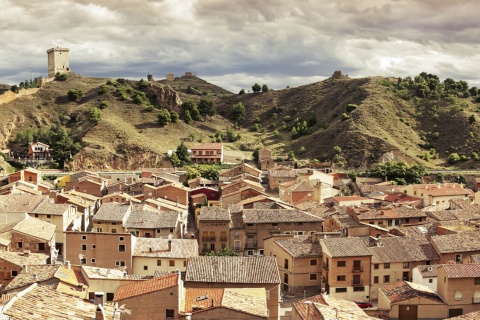 This is the capital of the Jiloca valley and a former frontier town. Daroca offers a varied artistic and architectural heritage of undoubted interest; it is a mixture of Muslim and Christian styles. Its historic quarter has the Property of Cultural Interest designation.

Daroca is located 83 kilometres from Zaragoza and is known as “the city of the seven sevens” for its amazing heritage buildings. Its medieval town centre is enclosed by three and a half kilometres of city walls dating back to the 13th and 14th centuries. The ruins of the mediaeval castle rise up in one corner of the town.

It has two churches which were begun in the Romanesque period and finished in the Mudéjar style: Santo Domingo de Silos and San Juan de la Cuesta (12th-13th centuries). The 16th-century collegiate church of Santa María houses the Chapel of Los Corporales, with an extraordinary metalwork reliquary. Other points of interest include the Romanesque-Baroque church of San Miguel and the convents of Los Escolapios (mid-18th century), of Santa Ana and of El Rosario (15th century).Outstanding secular buildings include the Casa de los Luna, some grand mansions, and the Barrio de la Morería, the former Muslim neighbourhood of 16th and 17th-century Renaissance and Baroque buildings. In addition to its monuments and traditional Aragonese cuisine, the celebration of Corpus Christi and the International Antique Music Festival are other good reasons to visit the town.

Walled enclosure and castle in Daroca 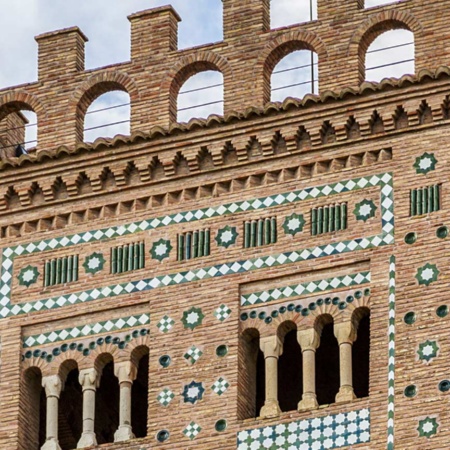 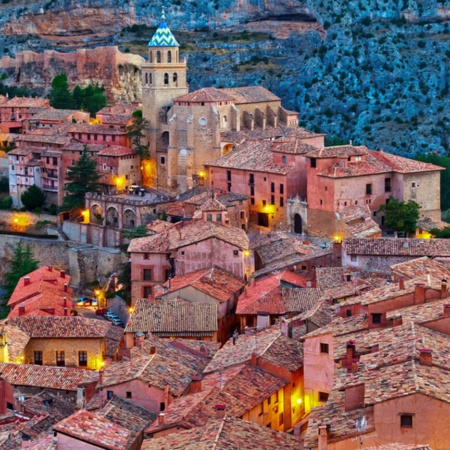