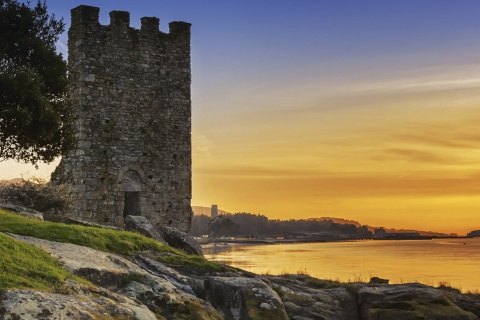 The Western Towers of Catoira in Pontevedra (Galicia)

For centuries this village was one of Galicia’s most impregnable defensive fortresses.

Catoira is 37 kilometres from Santiago de Compostela, where the mouth of the Ulla River meets the Arousa Estuary. Its privileged location means the area enjoys mild temperatures almost all year round. Its natural surroundings are one of its main attractions. The local landscape is made up of thick forest, marshland and river beaches, where windmills can often be seen – Catoira is the only municipality in Galicia with all three traditional types of windmills.

Nevertheless, the village’s most emblematic symbol has always been the Torres del Oeste Towers: work on this fortified structure began in the 9th century. It was part of Santiago de Compostela’s defensive system, resisting attacks by Norman armies and Saracen pirates for centuries. This part of Catoira’s history is commemorated on the first Sunday of August with a “Viking Pilgrimage”. This unique fiesta has the International Tourist Interest designation and features reconstructions of Viking attacks. The fortress originally comprised seven towers, although only the remains of two can be seen today. Between them there is a shrine dedicated to the apostle Santiago. Legend has it that his body came through here on its way to Santiago de Compostela. 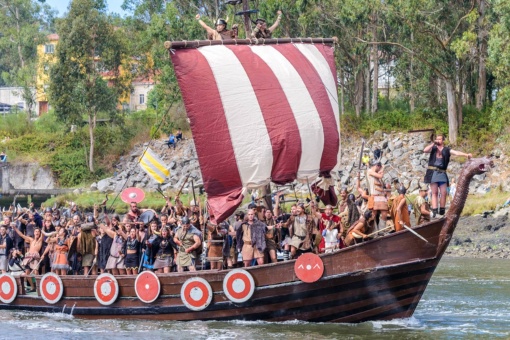