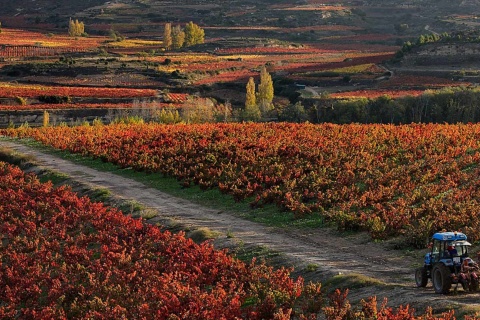 The Rioja Alta Wine Route runs through a winegrowing area par excellence, the source of some of the most prestigious wines from La Rioja. The main feature of the region's landscape is its vineyards, but it also has spectacular views of the mountains of Toloño, Cantabria and La Demanda, and the route of the Ebro river. What's more, the area is home to a very diverse historic and artistic heritage.

The villages and towns along the route offer every possible variety of wine, from both major wineries –some of them over 100 years old– and small producers. Some areas specialise in particular types of wine. For example, San Asensio is the cradle of claret. But in all these places you'll find prestigious young, 'crianza' and 'reserva' wines, in addition to exquisite whites, some aged in the barrel. 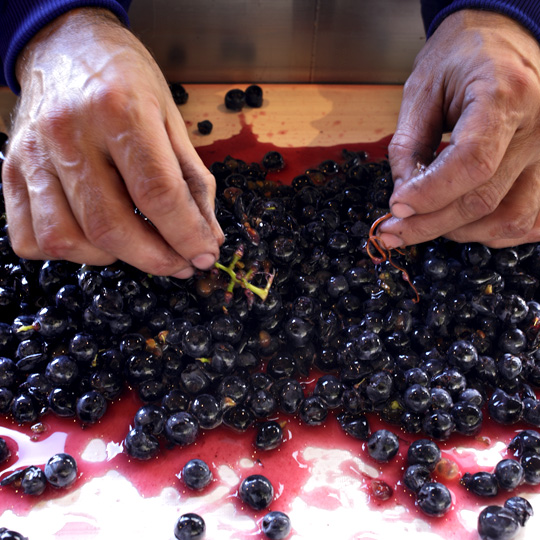 A total of 15 hiking routes distributed around the territory. They offer spectacular views, for example, over the vineyards in the mountains of Toloño.Activities based on the world of wine, such as walks in vineyards, thickets and poplar groves along the riverbank; trips to a variety of museums and visitor centres and the chance to take part in wine tastings and culinary events featuring traditional local products.Historic and artistic heritage that has everything from dolmens to Romanesque shrines, imposing Baroque churches, castles, fortresses, monasteries and churches. 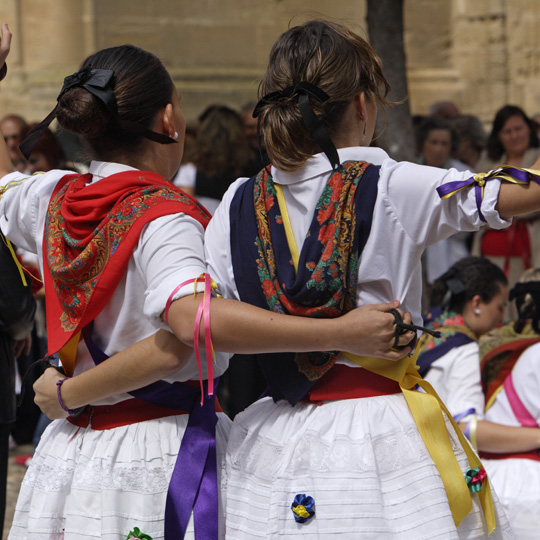 Located to the northwest of La Rioja and just a few dozen kilometres from Logroño, it is easy to reach on the N-232 and the A-68 roads, with exits in Cenicero and Haro. Most of the places on this route are in this area, parallel to the Ebro river. If you prefer to use the train, there is a station in the town of Haro. What's more, the city of Logroño, the capital of La Rioja, has an airport only 15 km away.   The following towns are on this route: Ábalos, Briñas, Briones, Casalarreina, Cenicero, Cuzcurrita de Rio Tirón, Fuentemayor, Haro, Sajazarra, San Asensio, San Vicente de la Sonsierra, Tirgo and Torremontalbo. Many of them organise festivals and events such as the pilgrimage to the shrine of Davalillo and the Claret Battle (in San Asensio), the Medieval Fair in Briones, the Old Music Festival in Sajazarra and the popular Nights of San Lorenzo. 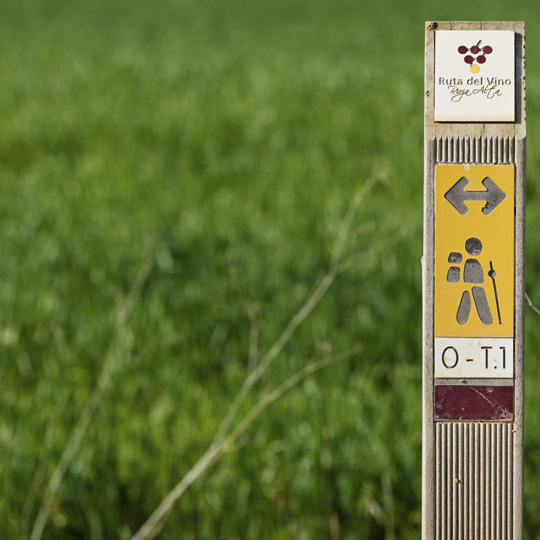