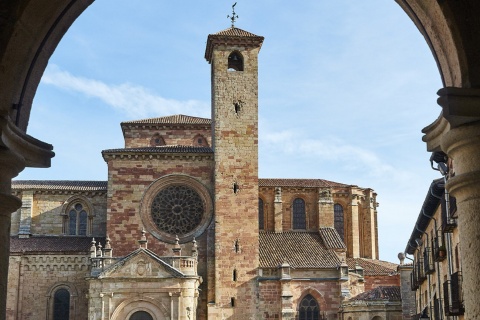 This lovely city in the north of the province of Guadalajara is home to an outstanding architectural heritage, and in 1965 was declared a Historic-Artistic site.

The castle, the cathedral and the Plaza Mayor square are the three sights you can't afford to miss, although the streets of Sigüenza are full of numerous exceptionally beautiful civil and religious buildings. The castle is today a Parador hotel. It was built after the Arab invasion in the 8th century when the fortress was built. It still conserves important remnants of its defensive walls, and the gateways and towers that start at the castle. The cathedral was originally built in 1130 in the Romanesque style, although it was later developed according to the Gothic canon. Its exterior resembles a mediaeval fortress, with Romanesque towers and portico and a magnificent rose window. The interior is the site of the tomb of Martín Vázquez de Arce, known as 'El Doncel' (young knight) of Sigüenza. Other highlights include the sacristy of Las Cabezas by Covarrubias, the cloister, the choir with Gothic choir stalls, and an important collection of art, including an Annunciation by El Greco. The Renaissance-style Plaza Mayor or market square was urbanised in 1484-1494, and is the site of the Casas de los Canónigos houses with their balconies and galleries, the Town Hall and the Puerta del Toril gate. Other points of interest are the Romanesque church of San Vicente, the parish church of Santiago, the seminary, the Casa del Doncel and Posada del Sol buildings, the church of Las Ursulinas, the college of La Sagrada Familia, the Casa del Arcediano house, the shrine of Humilladero de la Vera Cruz and the Infantes college.

Medieval train Troubadours, stilt-walkers and jugglers all climb on board this train that plies the route between Madrid (Chamartín station) and Sigüenza. Throughout the trip, passengers can enjoy the mediaeval entertainment, sample sweets and pastries and –on arrival in Sigüenza– visit the monuments. This train usually runs on several Saturdays in spring (from April to June) and autumn (September, October and November). 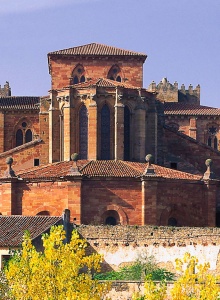 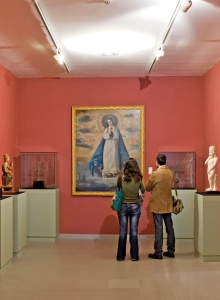