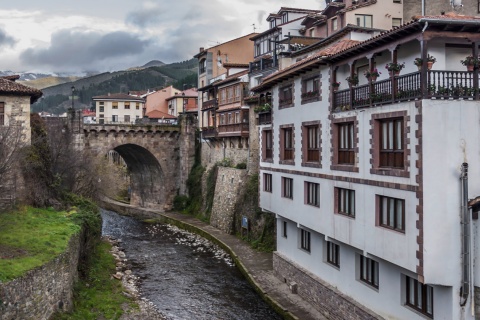 View of Potes in Cantabria

Potes is one of the most attractive towns in Cantabria, in the north of Spain. The town is located in the centre of the historic region of Liébana, an area surrounded by spectacular mountains and where rivers and streams converge. Its historic quarter has been declared a Property of Cultural Interest.

Its streets, crossed by numerous bridges, feature centuries-old buildings and monuments. Potes was the domain of the Infante Tello (14th century), son of King Alfonso XI of Castile, and from 1445 belonged to the Marquis of Santillana, and his descendants, the Dukes of the Infantado. In fact, the Torre del Infantado, a robust construction from the 15th century (until recently the seat of the Town Hall), is one of the town's top monuments.Other buildings and corners of interest in the capital of the historic region of Liébana are the mansions and ancestral palaces, such as the Orejón de la Lama tower-house (baroque); the parish church of San Vicente, with building elements ranging from the 14th to the 18th century; and the old bridges of San Cayetano and La Cárcel, over the Quiviesa river.

Thanks to its impressive natural surroundings, Potes is also an ideal destination to do sport at any time of the year. The list is long: hiking, mountain biking, rock climbing, mountain skiing, paragliding, hunting, fishing... Don't leave the town without tasting its gastronomy with dishes like Liébana stew and game meat stews. Particular note should be made of "orujo", its famous artisanal liquor. You can buy this product and others every Monday in a traditional market with deep roots in the region. Potes celebrates its most popular festivity, celebrating the "orujo", in November; and "La Santuca" in May. Also in November, it hosts one of the most important and crowded livestock fairs in all of Cantabria. 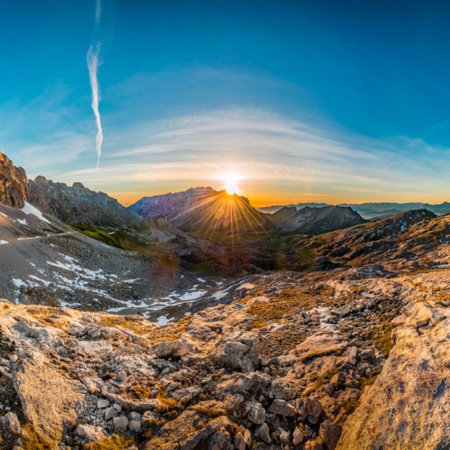