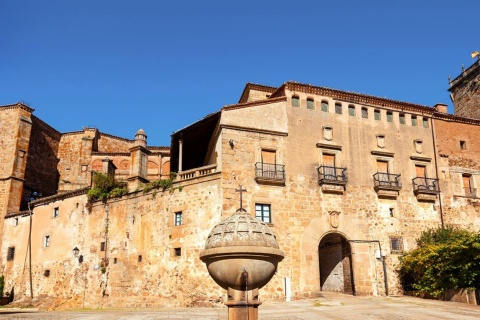 On the bank of the Jerte River, in the Extremaduran province of Caceres, Plasencia has a historic quarter that is a consequence of the city's strategic location along the Silver Route, or Ruta de la Plata. This town was inhabited by Romans and Arabs until the 12th century, when King Alfonso VIII reconquered it.

Since the 15th century, the noblemen of the region began to move to Plasencia, defining its current appearance. Palaces, ancestral homes and significant religious buildings make up a unique old quarter. Plasencia's Parador de Turismo (Inn) is located in an old convent, where visitors can enjoy the best food in Caceres in the most spectacular surroundings.

The medieval layout of the city can be seen in the remains of the walls, with some great towers and gates, such as the Sol gate and the Santa Maria postern. In Plasencia's city centre is the main square, Plaza Mayor, a meeting point that comes alive during the celebration of "Martes Mayor", (Shrove Tuesday), Holiday of Tourist Interest. The City Hall is also located in this square.One of the most representative collection of monuments in the city is the one that includes the Old and New Cathedrals. The Old Cathedral follows a Romanesque floor-plan, in spite of being built in the 13th century. Almost all of the European artistic styles arrived to Extremadura after a considerable delay, since it was the border between the Christian and Muslim kingdoms. Thus, while the Romanesque style reached the north of the Peninsula in the 10th-11th centuries, it would not be implemented in this area until the 13th century. The main front of the Old Cathedral, the Chapel of San Pablo and the Virgin of Forgiveness all show the transition between Romanesque and Gothic styles. The New Cathedral has many Gothic and Renaissance elements, like the choir, the vaults and the plateresque fronts. The Cathedral Museum exhibits the sixteenth-century Gothic panel of "Bodas de Caná" (Caná Wedding). Spanish Baroque masters such as Gregorio Fernández and the Brothers Churriguera also left the important mark of their art in the reredos of the cathedral.The Military Orders of Saint James and Alcántara, of great political significance in these lands, had a great influence on the number of churches found in the city. The churches of San Nicolás, San Martín, San Salvador and San Pedro are the most remarkable. They are Romanesque and Gothic temples built after the 13th century, on top of Muslim constructions.Palatine architecture is also present in Plasencia. The Palace of Monroy, also known as the Palace of the Two Towers, is a beautiful example of this Romanesque style. Many emblematic figures stayed at this palace, like Fernando the Catholic and Pedro de Alcántara. The Episcopal Palace, located across from the Romanesque gate of the cathedral, exhibits the most typical elements of Spanish Renaissance architecture. The Palace of Carvajal-Girón and the Palace of the Marquis of Mirabel are great examples of Extremaduran plateresque style.Besides taking a walk through the medieval streets of Plasencia, visit the Ethnographic-Textile Museum "Pérez Enciso", the Hunting Collection at Palace of Mirabel and the Sanctuary of the Virgin del Puerto.The old convent of Santo Domingo (15th-17th centuries), at the heart of the medieval historic quarter, is the site of the city's Inn, or Parador de Turismo. Located within the confines of Plasencia's ancient walls, this Inn is the perfect place to rest during this journey and to enjoy the magnificent Extremaduran food. Among the chef's suggestions are: potato soup, partridge casserole, lamb loins with honey from the meadows, fig compote from La Vera and Extremaduran "migas" (breadcrumbs with Spanish sausage and bacon). visitors also needs to try some of the excellent products of this land of Plasencia, like mushrooms, pickled vegetables, trout and suckling lamb, either roasted or stewed. Iberian ham from the Extremaduran pasturelands is never missing from the dinner table, nor are the fabulous cheeses from La Serena and the cherries that grow in the Jerte valley, all these products are protected with the label Designation of Origin.Plasencia, to the north of Caceres, in an excellent starting point for further travelling around Sierra de Gata, Las Hurdes, the valleys of Ambroz and Jerte and the regions of La Vera, Las Villuercas, Los Ibores and Siberia Mountains. This way you can admire the popular mountain-architecture, the slate farmsteads that sit among waterfalls and meanders, gorgeous Jewish quarters such as the one at Hervás, cherry orchards, monumental villas and health resorts like Valdefernando, in Valdecaballeros.Other places that visitors cannot miss are the city of Caceres, a World Heritage Site, Trujillo, Sierra de San Pedro, Sierra de Guadaloupe, with its monastery, also World Heritage and Monfragüe National Park. 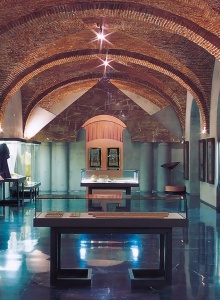 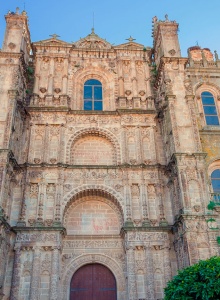