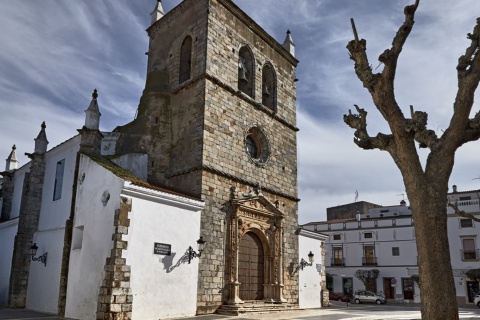 By rule of the 1297 Alcañices Treaty, Olivenza belonged to Portugal until 1801. Both Spanish and Portuguese monuments were restored thanks to a municipal initiative.

Olivenza was founded by the Order of the Templar Knights in the 13th century. Nowadays, the town still follows its Portuguese tradition. In general, its architecture combines styles from both countries, and its monumental heritage is quite rich.

The historic quarter, surrounded by a wall, had a total of fourteen towers. In 1334, construction work began for the fortress inside the walls. But it was in 1488 when the tallest tower in the border was built, thirty-seven metres high. Within the fortress, in the King's Bakery, which dates from the 18th century, we find the Ethnographic Museum. The church of La Magdalena, from the 16th century, is a genuine masterpiece of the Manuelline style. The church of the Hermandad de la Misericordia (Brotherhood of Mercy) reached its present appearance in 1732, although its hospital has gone through countless remodellings. The construction of the convent of Clarisas (Nuns of the Order of St. Clare), also known as the convent of San Juan de Dios, took almost a century (1556-1631). Nowadays, this building houses an Arts Centre, and a Theatre and Dance School. In the chapel of Evangelio, in Santa María del Castillo, we can admire the most stunning reredos in Olivenza, one of the few of its kind that still remains. It represents a fifteen-metre-high tree. Being on the border with Portugal, Olivenza built many fortresses lined with bastions, as well as many other fortified structures such as the Arsenal of Santa Bárbara, the watchtowers found by the gates, and the barracks. 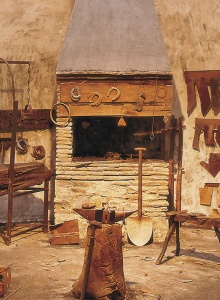