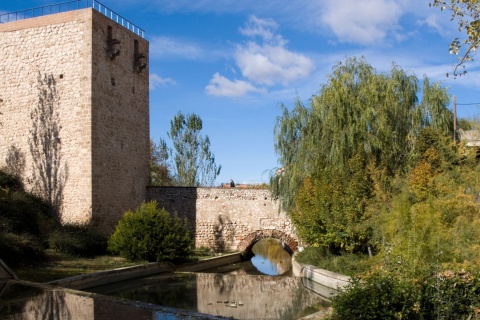 Watered by the River Henares, Guadalajara has a long history linked to the career of the Dukes of Infantado in the capital of La Alcarria.

From its interesting legacy of monuments, the superb Infantado Palace - a real symbol of the city - is outstanding.

The origins of Guadalajara go back to the Roman period, with the foundation of the early centre of Arriaca. It was under Arab domination when this settlement came to be called Wad-al-Hayara (“Stony River”), a placename that developed into its modern name. Its importance as an urban centre increased in the 12th century, when Alfonso VII granted a charter to the city, which was later extended by the kings Fernando III and Alfonso X. Undoubtedly, however, the greatest historical mark was left by the Mendoza , who, in the middle of the 15th C. received the lordship of Guadalajara and made the city splendid for centuries. The rich history of the capital of La Alcarria has left an important architectural legacy in its old town. The pedestrianised Calle Mayor is the spine of the historic part of the provincial capital, with buildings of great historic value like the City Hall, the great houses of the Plaza de los Dávalos or the old palace of the Mendozas, whose internal courtyard is an excellent example of Platersque art. But the most important civil building in the capital of La Alcarria is the Infantado Palace, considered a real symbol of the city. The construction of the building, which nowadays houses the Museum, the Provincial Archive and the Municipal Library, was begun by Juan Guas en 1480, commissioned by the second duke, Íñigo de Mendoza. It is a magnificent work in Isabelline style presided over by a superb Renaissance façade. Inside, it is structured around the Patio de los Leones (Courtyard of the Lions) which is made up of two galleries. Guadalajara preserves plenty of examples of religious architecture, like the Baroque Jesuit church of San Nicolás el Real, in which its reredos and a 15th. C. alabaster tomb are outstanding; the church of Santiago (14th C.), a Gothic-Mudejar church with lovely chapels and a Baroque façade; and the procathedral of Santa María la Mayor, built and remodelled in the 17th century from an old Mudejar-style mosque. Other churches worth mentioning are the Chapel of la Piedad and the churches of Nuestra Señora la Antigua, San Ginés and Los Remedios.

In one of the many inns in Guadalajara you can try roast lamb or kid, two of the culinary specialities that best represent the province. Also typical are trout, crayfish from the river and pork products, without forgetting "morteruelo serrano" (a paste for spreading on bread). La Alcarria honey has its own denomination of origin. Guadalajara is the capital of La Alcarria, a county immortalised in various literary works and where you can find places with interesting artistic legacies. Torija has a castle that houses an ethnographic museum dedicated to La Alcarria; Hita, which its beautiful porticoed main square, is also famous as the home town of Juan Ruiz el Arcipreste, one of the most important Castilian authors of the Middle Ages. Near this place, you will find Jadraque, whose town centre streets lie at the foot of an imposing castle, and Cogolludo, with its Ducal Palace. In the north-east of the province, Sigüenza, a town declared a Historic-Artistic Site, is outstanding. A traditional episcopal seat, the town is presided over by its 12th century medieval castle, now turned into a Parador de Turismo. Another monument worth pointing out is the Gothic Cathedral (12th C.), with Romanesque elements, which houses the famous carving of the Doncel de Sigüenza in one of its chapels. Atienza, sanctuary of La Serranía, played an important role during the Middle Ages. Its town centre is presided over by the church of Santa María del Rey and by the castle. Also outstanding is the Plaza del Trigo, one of the most beautiful squares in the whole province. One of the most important protected areas in Castilla-La Mancha is the Hayedo de Tejera Negra Natural Park, in the northwestern corner of the province. At the gateway to the park is Majaelrayo, a small place forming part if the Black Architecture Route, known for its typical villages with stone houses and slate roofs. 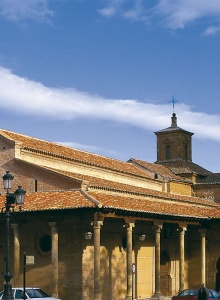 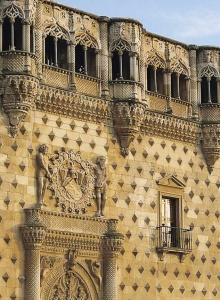 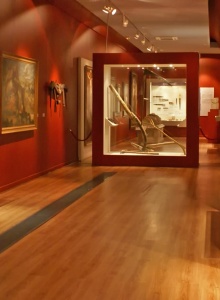