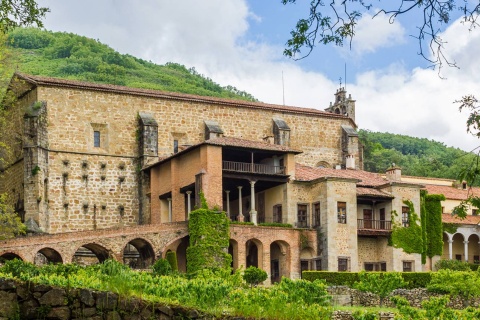 The monumental site of Cuacos was declared a Historic-Artistic Site in 1959.

There are three squares that we must visit in Caucos de Yuste: the Plaza de Don Juan de Austria, shaped like an oval and lined with houses that have wooden balconies and porches; Plaza de España; and Plaza de los Chorros, with a harmonious popular atmosphere. The parish church of Nuestra Señora de Asunción, from the 15th century, is one of the most elaborate and interesting temples in the region.

However, a considerable part of Cuacos de Yuste's patrimony is located in its municipality. There we find the hermitages of El Salvador, La Soledad, and Santa Ana. Also, the Gorge of Cuacos, located on the foothills of Sierra Gredos, on a smooth hollow terrain sheltered by Sierra Tormantos, Sierra del Salvador, and Mount San Simón, by which we find beautiful gorges such as "Las Ollas". The monastery of Yuste deserves special attention. During the 15th century, the church and its first Gothic cloister were built. In the 16th century, a Renaissance cloister was erected east of the other one. Its international fame, however, is due to the fact that this was the dwelling place of emperor Charles I, when he left the crown to his son, Phillip II. A small and austere palace was erected for him, in the southern flank of the convent. The order of Hieronymite inhabits the monastery. 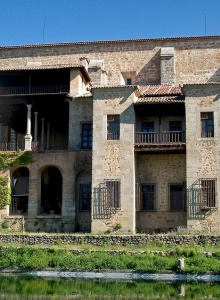 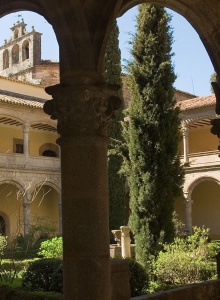 Monastery of San Jerónimo in Yuste