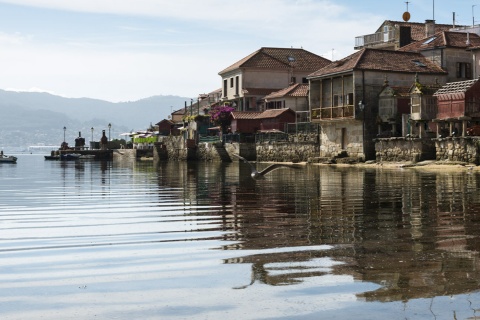 The village of Combarro is located in the Rías Baixas estuaries, six kilometres from the city of Pontevedra.

The old quarter in Combarro, which has been declared Property of Cultural Interest, is a representative example of three traditional architectural elements in Galicia: "hórreos" (raised granaries), "casas marineras" (sea houses) and crosses.

In Plaza de San Roque you will find the library building, built in the 18th century, and two of the crosses in town. The crosses in Combarro, usually situated in squares or crossroads, have a peculiar feature: the figure of the Virgin is usually facing the sea, and Christ is facing the ground. Along Calle San Roque you can get to A Rúa, where there are the traditional "casas marineras", with narrow arcades and balconies made of stone or wood, depending on how wealthy the owner was. If you want to see the emblematic "hórreos", you can go to the coast: there you will find about thirty, out of about sixty that are preserved in Combarro. They were used to store food and most of them were built in the 18th and 19th centuries. The old fishing port of Peirao can be reached on foot, either by passing through the town’s streets, or by crossing Padrón Beach when the tide is out. As is typical in seafaring villages, on 16 July Combarro celebrates the Virgin of El Carmen festivity. Tradition demands boats to be decorated with flowers and flags in order to take part in an emotive maritime procession, the best-decorated boat being allowed to carry the image of the Virgin. The Mussel Festival, on 15 August, is another important event in the town. 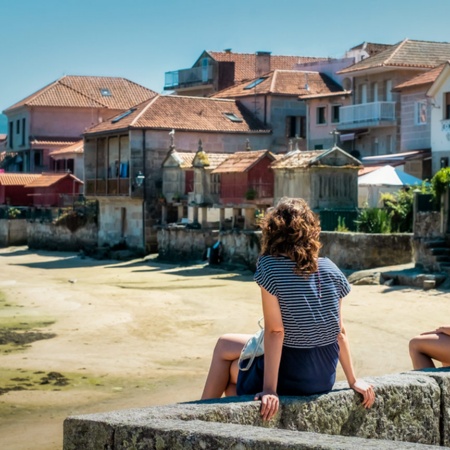 Holidays with the salt tang of the sea: a few of Spain’s fishing villages where you can unwind