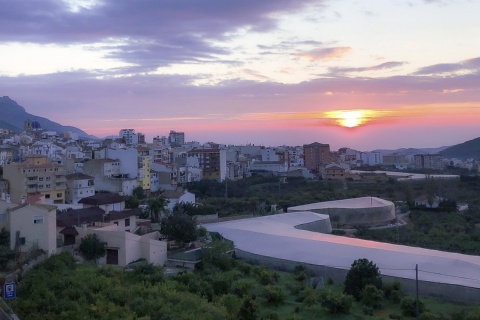 Its origins can be traced to an Arab farmstead. From the start, this was always a coveted region, due to the rich, abundant and pure waters of the Algar river, also known as the "river of health".

The relief of Callosa d’En Sarrià is marked by the course of two rivers: the Algar, which forms the waterfalls popularly known as "Fountains of Algar", and the Guadalest river. In addition, the region is surrounded by breathtaking sierras. The town is also known for its delicious loquats, with their own Designation of Origin.

On the highest point of the historic quarter of Callosa d’en Sarrià we find the archpriestal church of San Juan Bautista, rebuilt in the middle of the 18th century. Remains of the original wall of an ancient castle are preserved nowadays in Plaza de Castell. This fortress was home to all the lords of Callosa, until it disappeared in the 18th century. Houses were then built, using the remains of its walls and outbuildings. In the historic quarter, typical Mediterranean houses line the streets, and we can visit the "poador", where women used to go wash their clothes and fill their pitchers to carry home some water. Since 1860, this town celebrates the festivities of "Moors and Christians", declared to be of National Tourist Interest, on the second weekend of October. 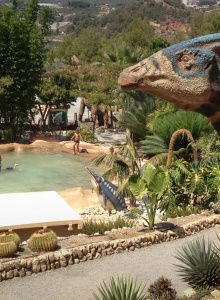