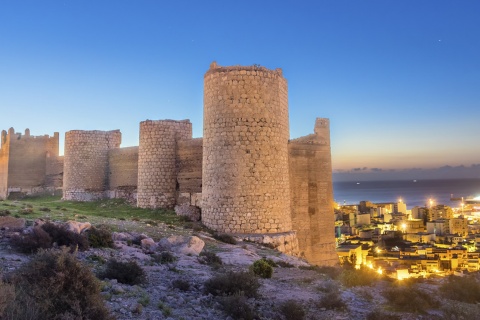 The Citadel dominates the vista of Almería (Andalusia) 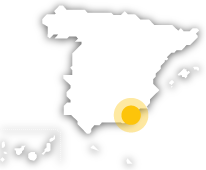 The easternmost Andalusian capital dominates a coastline dotted with almost virgin beaches and an interior marked by peculiar semideserted ecosystems.

Formerly one of the most important ports in the Caliphate of Cordoba, Almería reveals its Alcazaba (citadel) and its cathedral, on the shores of the Mediterranean. Narrow streets with whitewashed façades are elements of its picturesque historic quarter. In addition to history and culture, Almería offers beaches, mountain and coastal nature reserves and a gastronomy that will make this journey unforgettable.

Almería originated with the need for a better defence system that the Arab towns in the area had. It was Abd-al-Rahman III who founded the Alcazaba (the Citadel), which gave this city its name: Al-Mariy-yat (the Watchtower). It is the biggest fortress ever built by the Arabs in Spain and it housed —within its triple wall— palaces and mosques. During this time (10th century), Almeria was the main commercial port in the Caliphate of Cordoba, with more than 10,000 textile mills in its medina. Also on top of the San Cristobal Hill are the Walls of Hayrán, which provide excellent views over the historic quarter and the port. It was built back in the days of the Taifa Kingdoms. Next to them is the Saharan Fauna Shelter. Furthermore, as in most towns of defensive origin, the rest of the village stretches along the Alcazaba - in this case, all the way to the Mediterranean. One of the troglodyte dwellings that make up the La Chanca district was dug on the side of the San Cristóbal Hill.

The Almeria cathedral is another spot that visitors must not miss. Its powerful structure rises in the heart of the ancient city. The cathedral, with its towers, crenellationsand thick walls, resembles a fortress rather than a temple. This peculiar layout responds to the continuous Berber pirate attacks that this coastal town had to endure. Located nearby are the convent of Purasand the Episcopal Palace. Spread throughout the main streets you can also see the most important churches in Almeria. The church of Santiago the Elder is located in the busy "calle de las Tiendas" (the shopping street). Its main characteristics are a plateresque main front and a slender tower that rises next to it, more than 50 metres high. The Neoclassical church of San Pedro, built on top of an ancient Arab mosque, was finished in the 19th century. Another important temple is devoted to San Juan, where it is possible to see remains of the old mosque, on top of which the present construction was erected. In this historic quarter –delimited by the Alcazaba, the Purchena Gate, Rambla de Belenand the Port— are the principal institutions of the capital of Almeria, namely the Military Government, the Provincial Hospital, the City Hall, the Cervantes Theatre, the Civil Governmentand the Courthouse.

You must not leave Almeria without first taking a stroll under the shade of the Palm trees at Nicolás Salmerón Park, which runs along the seashore. From here you will have some of the best panoramic views of the marina and the port. You can also sit outside in one of the terraces to watch people stroll by along the streets of Tenor Iribarne and Concepción Arenal, enjoying the incredible climate that this city has all year round. Another choice is to take a walk by Paseo de Almería and Real street and gaze at the colourful façades and the "terraos" (uninhabited top storeys), to feel the pulse of one of the most charismatic cities in Andalusia. Not far from Almeria, you can enjoy excellent beaches and nature trails at the Cabo de Gata-Níjar Nature Reserve, the first marine-land reserve in Andalusia. Sierra Nevada Nature Reserve is not much further away. And finally, you must try the heavenly delicacies of the cuisine of Almeria. The city's major crop is grapes, although you will also be able to try "ajo colorao" (a stew with potatoes, red bell peppers, egg, sausages, cod, garlic and olive oil), breca a la uva (Pandora fish with grapes), rape a la barraca (monkfish with leek and mushrooms), etc. Worthy of special mention is the seafood from Garucha and the sponge cake with dates. 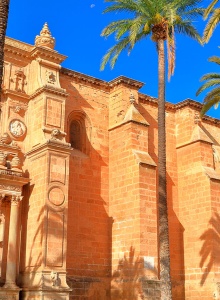 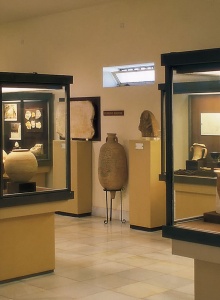 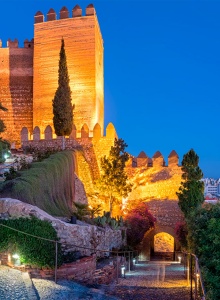 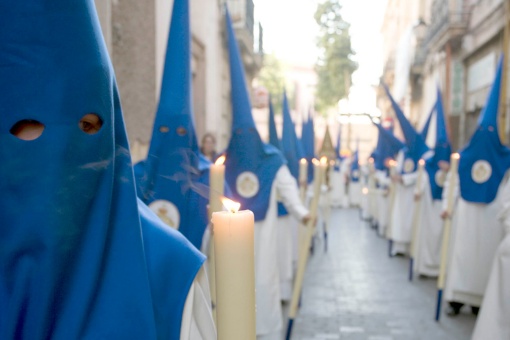 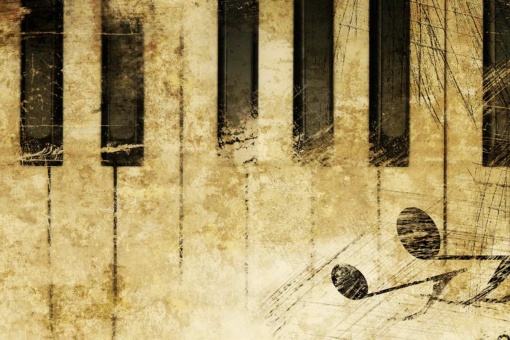 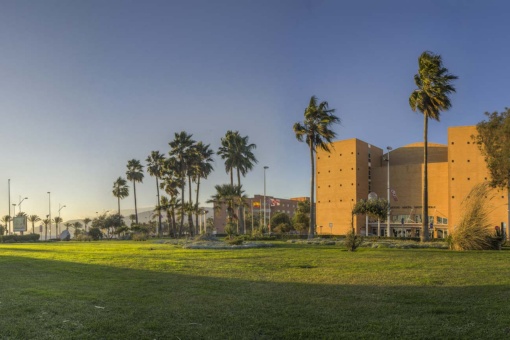