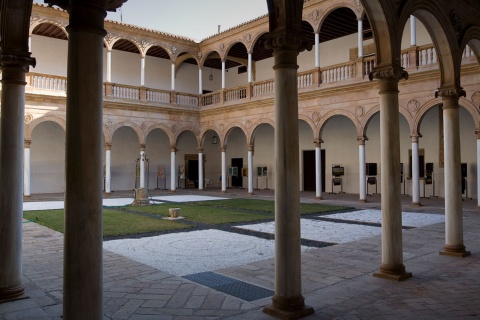 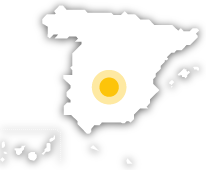 Almagro, declared a Historic-Artistic Site, lies in the county of Campo de Calatrava near Ciudad Real. The history of this town in La Mancha is closely linked to the history of the theatre, as you can appreciate in the Open Air Theatre, the National Theatre Museum and the International Festival held every year.

Almagro, capital of Campo de Calatrava, was closely linked to the Calatrava religious order which enjoyed great political importance during the Low Middle Ages. Fernando the Catholic incorporated the goods of this Military Order into the Crown of Castile, beginning the decline of the Calatrava knights, but not of the city. Bankers to the Emperor Carlos V, like the Fuggers and the Welser, settled in this land, which contributed to the development of Almagro.

As in almost all Castilian towns, its centre is the Plaza Mayor. This is a rectangular building, with stone porches and wooden balconies running round it. Here are the most symbolic buildings in Almagro, like the Open Air Theatre, the National Theatre Museum and the Town Hall. The Open Air Theatre, declared a National Monument, dates from the 16th century and is a classical site where theatrical works were performed during the Spanish Golden Age. Its galleries, stage and dressing rooms can be visited and, in addition, every year they house the International Classical Theatre Festival. The Hospital of San Juan, the Municipal Theatre, Los Fúcares courtyard and the Dominican Cloister are added to the street stages which, for about a month, transport Almagro back to the time of Lope de Vega, Tirso de Molina or Calderón de la Barca. A typical large La Mancha house houses the National Theatre Museum, which has interesting collections dedicated to scenery, 18th century theatrical costume and model theatres and stages, as well as a complete pictorial and musical archive. For its part, the Town Hall has a Roman memorial tablet from Granátula de Calatrava. A tour round the Aristocratic District takes us back the town's most splendid centuries. Here we can admire the emblazoned houses El Mayorazgo de los Molina, Los Rosalie's, La Casa del Prior or that of El Caplet de las Bernard's. As examples of La Mancha palatial architecture there are the palaces of Maestri, the Marquises of Torremejía or the Palace of the Counts of Valparaíso. The grain and mercury store of Los Fúcares is also called a palace because of the quality of its construction. Almagro also offers us the chance to look at important religious buildings like the churches of San Bartolomé (Jesuit), San Austin (declared of Cultural Interest), or Madder de Dios. The convents of La Encarnación and La Asunción de Calatrava (Historic-Artistic Monument) tell us of the importance of the ecclesiastical class in this town. The former Convent of San Francisco is nowadays Allegro's Parador de Turismo.Stone, brick, wood and lattices are the main elements for courtyards and rooms where the history of La Mancha comes alive. The cuisine of Ciudad Real offers us the chance to taste "migas" (made with breadcrumbs), "tisane" (cod stew), and "piste" (vegetable stew). And to accompany La Mancha lamb, aubergines from Almagro and wines from La Mancha or Valdepeñas, all of them with a Denomination of Origin.

Campo de Calatrava also offers us castles, palaces and places of great historical-artistic importance, like El VSO del Marqués, Almuradiel or Classed de Calatrava. For its part, in the county of Campo de Montiel, you will discover the medieval remains of Motile and places like Villanueva de los Infants and Villamanrique. From Almagro you can go to the countryside of lakes and islands of the National Park of Las Tablas de Daimiel or the Nature Reserve of Lagunas de Ruidera, an important wetland in Castilla-La Mancha. The spas at Fuencaliente and Santa Cruz de Muddle make their excellent facilities available for the enjoyment of travellers. 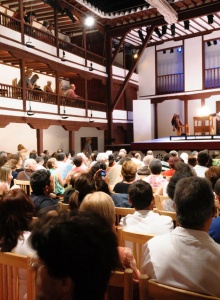 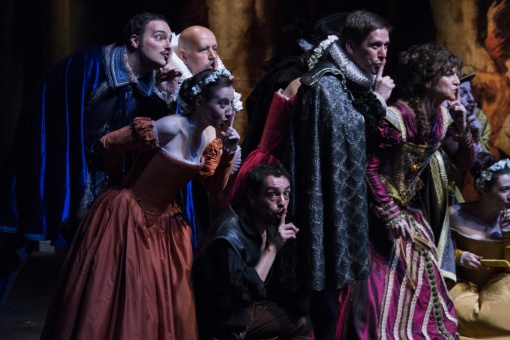