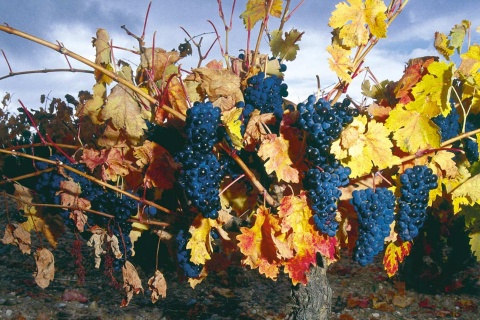 The Ribera del Duero wine route runs through inland Spain, and more particularly, through four provinces in Castile and León: Burgos, Segovia, Soria and Valladolid. It covers a length of 115 kilometres, throughout which the Duero River is a constant travelling companion along the whole way. Underground wine cellars to take visitors back in time to the origins of wine, the tradition of wine-producing families, the combination of avant-garde architecture, the typical gastronomy of Castile, cultural heritage and natural landscapes... all these elements make this journey an unforgettable experience.

The Ribera del Duero Wine Route offers rosé wines, young reds and young oak-aged wines as well as crianza, reserva and gran reserva categories... Different presentations in the bottle, but with one common denominator: the Tempranillo grape. This local variety is typical of the Ribera del Duero area and endows these wines with the colour, aroma and body that make them so special. Together with Tempranillo, the Regulatory Board allows other varieties: red grapes such as Cabernet-Sauvignon, Merlot, Malbec and Garnacha Tinta, and the only authorised white grape, Albillo. These six varieties of grape give these wines a unique and unmistakable flavour and strength, and guarantee quality in every bottle.The wine route covers a total of 23,000 hectares of vineyards, in an area that produces almost 50 million litres of wine each year. 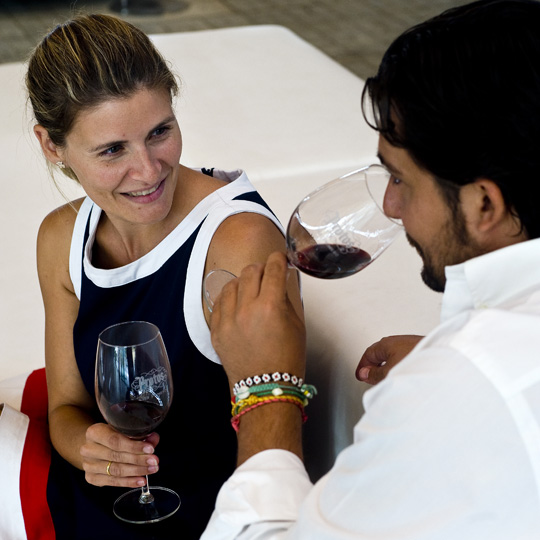 A rich historic and artistic heritage thanks to such important monuments as the church of Santa María La Real, monasteries like Nuestra Señora de la Vid or Valbuena, collegiate churches, castles, towers and Arab watchtowers, Romanesque art and architecture in the area around Soria, and Celtic-Iberian and Roman archaeological sites. You can also visit a multitude of museums and information centres.A cultural calendar featuring an array of events, including the patron festivals of Nuestra Señora de las Viñas, San Roque and La Asunción, the Wine Harvest Festival, medieval street markets, the Sonorama-Ribera rock festival, La Francesada, and the famous ceremony known as the Descent of the Angel at Easter.It is also a land of excellent cuisine, with milk-fed baby lamb roasted at 180 ºC in clay ovens in traditional restaurants or 'asadores', sausages such as black pudding and chorizo, cheese, mushrooms, traditional Castilian soup, baby lamb chops, partridge and other meats, and sweets based on pine nuts, puff pastry or egg yolks.The route features traditional wine presses and age-old wine cellars that in many places are in the form of underground tunnels, and grand wineries in spectacular avant-garde buildings.There are also a number of activities associated to the world of wine, including wine tasting in wineries, the chance to sample a range of gastronomic delicacies, walking amid vineyards, and wine therapy treatments available in spa resorts. 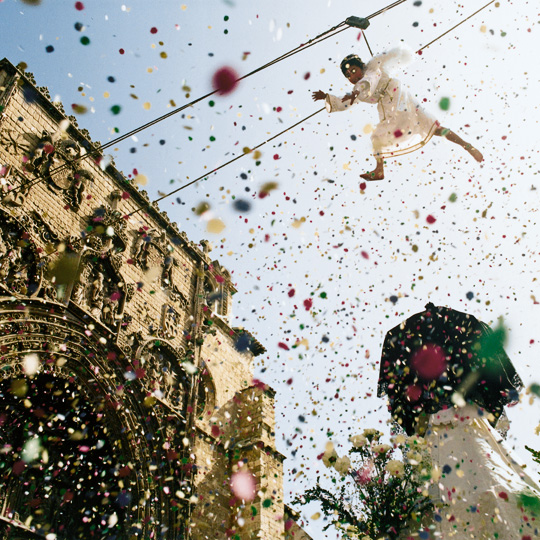 The Ribera del Duero region is in the heart of the plateau of Castile and León in inland Spain, and the Duero river acts as a natural companion along the route. If you are travelling by car, you can reach it on the A-1 dual carriageway which runs through the centre of the area covered by the Designation of Origin (places like Aranda de Duero are located about 160 kilometres from Madrid), or on the N-122 main road that connects Aragon with Castile and León and Portugal through the Duero valley. If you're travelling by public transport there are various stations and bus stops located in all the main towns along the route. The nearest airports are Valladolid (100 kilometres) and Burgos (90 kilometres).There are 82 municipalities in the Ribera del Duero region. You'll find tourist offices for the Ribera del Duero Designation of Origen in the towns of Aranda de Duero, Fuentelcésped, La Horra, Peñafiel, Peñaranda de Duero, Roa de Duero, San Esteban de Gormaz and Valbuena de Duero. Use the map on this page to see all these destinations. 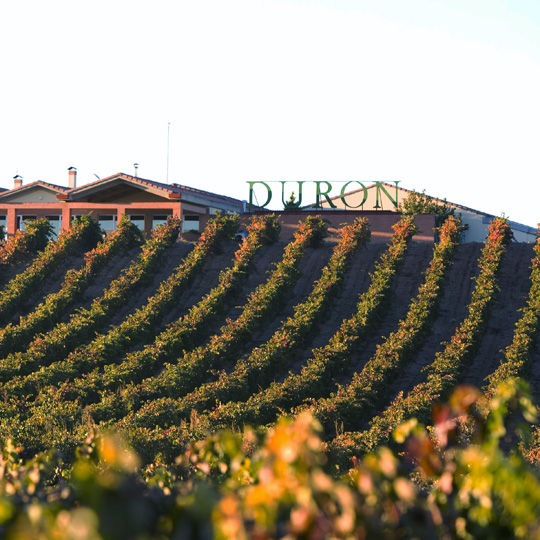