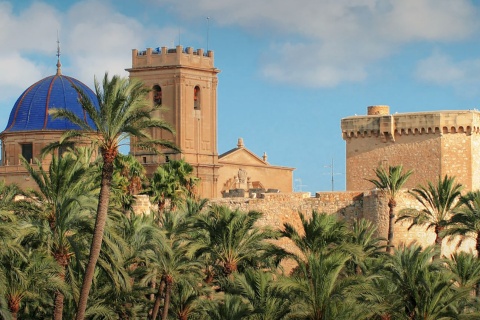 The historic quarter of Elche, capital of the region of Bajo Vinalopó (El Baix Vinalopò) in Alicante, preserves part of its Muslim past and Baroque splendour.

Its palm tree grove, a World Heritage Site, adds to the appeal of the region, along with two holiday celebrations that have been declared of International Tourist Interest: "Domingo de Ramos" (Palm Sunday) and the Mystery of Elche. The Festa d’Elx (Festival of Elche) has been declared Masterpiece of the Oral and Intangible Heritage of Humanity by UNESCO. Elche is a must for many reasons, such as its many nature reserves, its coastal towns and its prestigious gastronomy, to name a few.

To learn of the origins of this city in the province of Alicante, you should head to the Monographic Museum and Archaeological Site at Alcúdia. Although the region has been inhabited since the Neolithic period, Iberian and Roman artefacts are most common. This was the site where the Lady of Elche was found, which is presently kept at the National Archaeological Museum in Madrid. It was the Arabs who brought the city to its present location and surrounded it with palm tree groves in the 10th century. When Jaime I reconquered the city, the Christians occupied Vila Murada (inside the city) and the Jews and Moors took over Raval (outside the city).

On the banks of the Vinalopó River, Vila Murada is the area of Elche with most history. With its Arab urban layout of narrow streets and alleys, it was declared a Historic-Artistic Site. Calahorra stands here, the Moorish tower that formed part of the walled precinct. The Palace of Altamira, attached to the old walls, houses the Local Archaeological Museum. Other sites of interest include the Casa de la Vila (the City Hall), the tower of Consell and the numerous ancestral homes. In this area lies the Basilica Santa María, built on top of the old mosqueand several Christian temples. The present layout dates back to the 17th century, but because of the time it took to complete, it combines Baroque and Neoclassical elements. The Mystery of Elche, a sacred musical drama of the death, assumption and crowning of the Virgin, which was declared a Masterpiece of the Oral and Intangible Heritage of Humanity, as well as a holiday celebration of International Tourist Interest, takes place on August 14 and 15. La Casa de la Festa ("the House of the Mystery of Elche", located in the old fifteenth-century Charity Hospital) and the Local Museum of the Mystery of Elche exhibit different elements from the staging of the drama and have a virtual performance of the most impressive moments of the play. The convent of La Mercé is located in the Medieval outskirts, the part of the city beyond the old walls. The old Arab public baths, located in the subsoil, date back to the 12th century. The district of Raval (formerly the Moorish and Jewish quarters) is located further away from Vila Murada. The old City Hall of Raval presently houses the Museum of Contemporary Art. Its collection includes mainly Catalan and Valencian artists, from 1939 to the present day.

The urban area of the palm tree grove of Elche, declared a World Heritage Site, surrounds the city. On one end is the Town Park, the largest gardened area of the palm tree forest, which has a total of 200,000 specimens. The Royal Mill, the Park Museum and the Rotonda (an open-air theatre) are found here. The old mill and granary, of Arab origin, house the local Palm Plaiting workshop. In it, the palms to be carried in the Palm Sunday processions—a festivity that has been declared of International Tourist Interest—are crafted in a traditional manner. Huerto del Cura (the Priest's Orchard), declared a National Historic Garden, has palm trees from all over the world, arranged in a peculiar manner, following Arab, Mediterranean and local influences. In this area, where it is also possible to admire great examples of traditional architecture, the Imperial Palm Tree stands out. This is an impressive 150-year-old specimen with eight branches. The traditional palm tree grove, divided into numerous orchards, can be visited on foot or by bicycle. From Elche, visitors can travel to the rest of the province: the numerous nature reserves, the monumental cities inland and the one-hundred-and-sixty-kilometre-long coastline (Costa Blanca), filled with beaches and historic towns. Alicante, Villajoyosa, Benidorm, Altea Javea and Denia are located in the northern half, on the shores of the Mediterranean. Villena, Alcoy/Alcoi, Elda and Cocentaina are inland to the north of the province. The nature reserves of Pego-Oliva Fen, Montgó, Penyal d’Ifac and Font Roja Kermes Oak Grove are among the most beautiful open spaces. Torrevieja and Santa Pola are on the southern coast, while Crevillente and Orihuela are inland to the south. The nature reserves of Santa Pola Salt Marshes and El Fondó and the La Mata and Torrevieja Lagoons. In any of these places, the wonderful rice dishes, prepared in the most creative ways, must be tasted: "a banda" (cooked with fish stock), with rabbit and snails, "con costra"(with sausages and egg), as a stew or dry. The fish and seafood from the Levante coast will not let you forget that you are on the shores of the Mediterranean. And for dessert, the ice cream and turrón from this region are something visitors cannot miss. In addition, wine with Denominación de Origen Alicante will pay tribute to such delicacies. 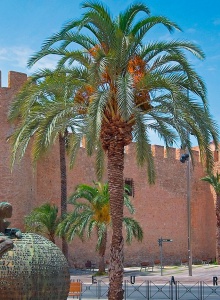 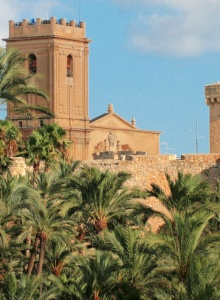 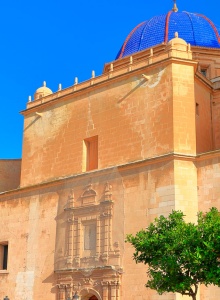 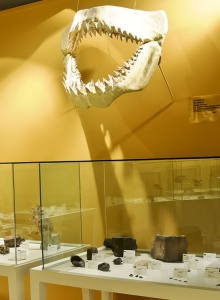 Archaeology and History Museum of Elche 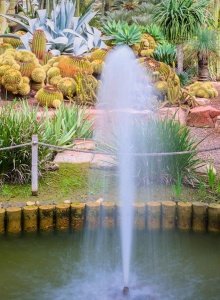 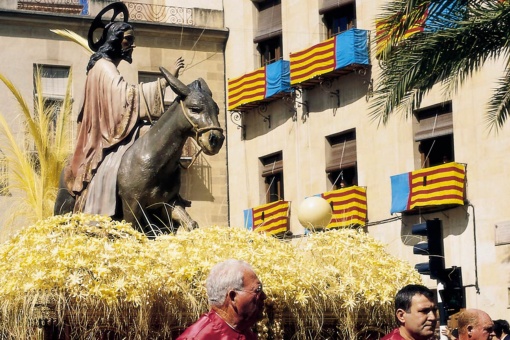 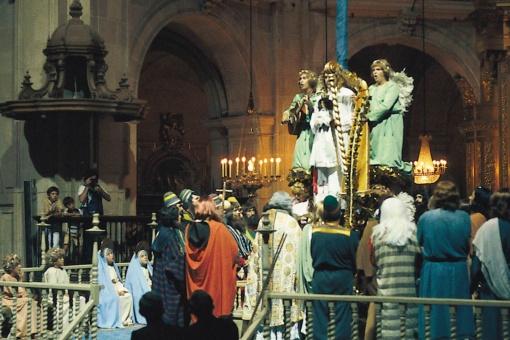 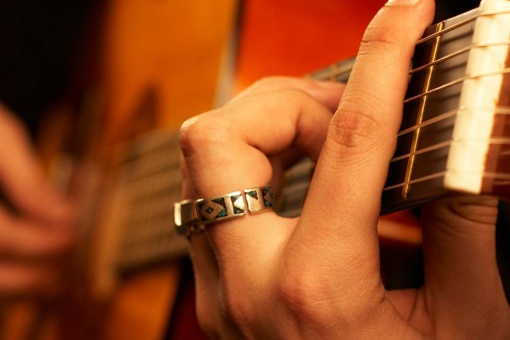