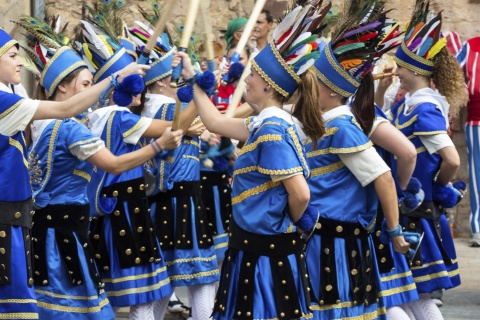 The main local festival in Algemesí, which goes back to the Middle Ages, is held in honour of La Mare de Déu de la Salut and has been awarded the UNESCO Intangible Cultural Heritage designation.

The fiesta of La Mare de Déu de la Salut in Algemesí dates back to the 13th century and is one of the most unique celebrations in the province of Valencia. The theatre, dance and music of these fiestas are part of a tradition handed down from generation to generation. The townspeople also participate - more than 1,400 people take part in the parade. One of its curious features is that the costumes and accessories are all handmade.

The three parades on 7 and 8 September are especially important. They start when the bells ring and the route includes the Basilica of San Jaime, Plaza Mayor and the Capella de la Troballa. The parades are accompanied by music and traditional dances (the dances of the “bastonets”, “pastoretes”, “carxofa”, “arquets", “llauradores” and “tornejants”) and spectacular “Muixeranga” human towers. On 7 September the Procession of Promises takes place, in which children act out short religious dramas (“Els Misteris”). The following day, in the Parade of the Morning, the giants representing King James I of Aragon and his wife come out; and in the afternoon, in the "Volta General", the parade is filled with characters from the Bible. 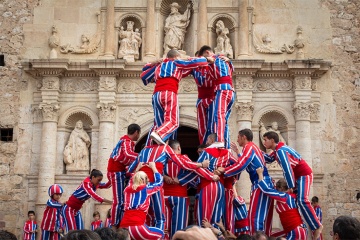 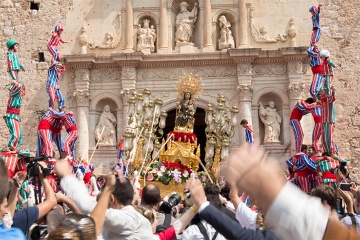 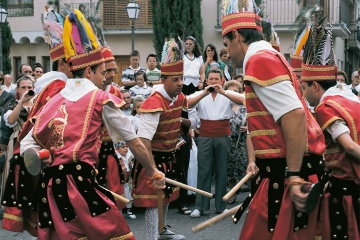 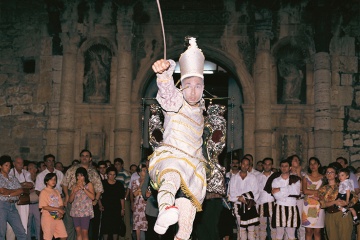 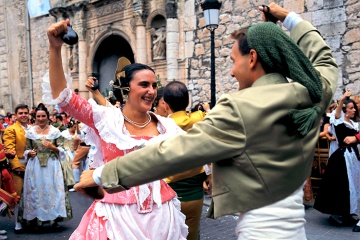