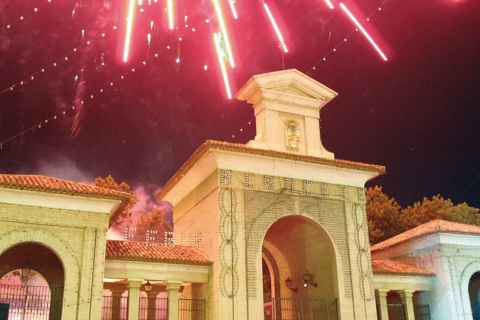 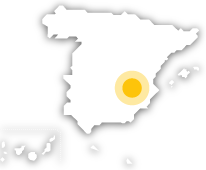 The event started life as a cattle fair, but evolved over time to become a festivity with immense popular participation. It is performed in honour of the Virgen de los Llanos and has a varied programme: concerts, theatre, popular dancing, activities for children, parades, bullfights, sporting competitions... The celebrations start off with two events: the proclamation of the queen of the festivities (known as the “Manchega of honour”) and the Inaugural Parade, a colourful procession of floats featuring numerous clubs and associations, accompanied by typical brass bands and groups of musicians, and people attired in the traditional folk costume of La Mancha. This great parade may last several hours. Another emblematic act is the floral offering to the patron saint.

The festive atmosphere is centred around the fairground and the nearby area. Because of its peculiar shape, this area is known as the redondeles (the circles) or the frying pan. It was laid out in the 18th century, and consists of three concentric circles and a lengthwise walkway which provides access. In the centre of the frying pan is a charming Modernist pavilion, and in the various rings there are all kinds of stands selling food and drink, traditional handcrafts from Albacete, toys, clothes, costume jewellery… The stands remain open all day through to the small hours of the morning, and many of them serve cider with “miguelitos”, a typical local sweet which is absolutely delicious. During the day you can also see processions of carriages and horses. All along the walkway there are attractions for children, and the popular tombola in aid of charity. There are more stands and stalls in the area outside the fairground, as well as the music tents where the concerts are held. However, the most exceptional feature of the Albacete Fair is the crowds: at all hours of the day and night, the fairground is full of people intent on having fun and enjoying themselves. 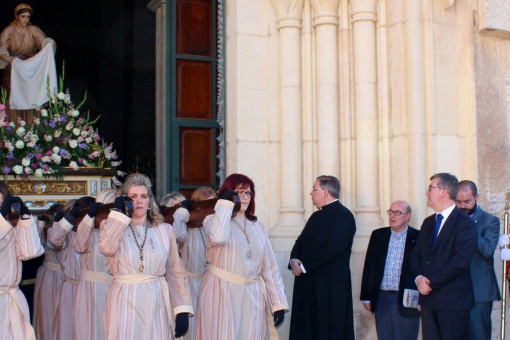