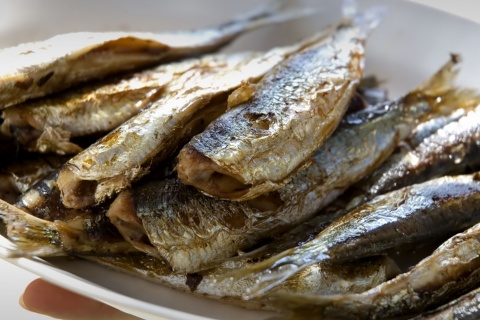 The cuisine of Cantabria

The Region of Cantabria is very rich in history, art and natural areas: the sea, valleys with mild and warm micro-climates, fertile pastures... the varied cuisine cleverly combines the products from the sea with those from the pastures and market gardens.

The high quality of Cantabrian milk goes without saying and therefore it is not surprising that milk derivatives are plentiful throughout the region. It is known that the inhabitants of this Autonomous Region were eating butter 2,000 years ago, when the Romans, the civilised people of those times, only used it as protection from the sun. For the Cantabrians, cheese is almost a religion. Strong-tasting cheeses which are cured with great care. Queso de nata (cream cheese) which can be found throughout the region, picón from Treviso Bejes, smoked cheeses, such as those from Áliva or Pido, and the small quesucos, which are made from a mixture of cow's and sheep's milk.

The Cantabrian Sea or Bay of Biscay supplies Cantabria with another important part of its traditional diet: fish and seafood of excellent quality. The cold waters of the Cantabrian offer goose barnacles, spider crab, velvet crab, clams, meaty lobsters, delicate langoustines and king prawns, and squid, which reach the pinnacle of flavour along the Cantabrian coast. Bass, hake, rascasse, fresh anchovy, and albacore tuna, used in one of the region’s most traditional dishes: sorropotún or marmita, a tuna casserole closely related to the Basque marmitako with its own identity. Sardines are a typical speciality in the fishing villages, where they are baked and served on a simple wooden table. Fish and seafood are also the base of some of the most famous local dishes: hake in green sauce, squid in their ink with onions, and clam casserole.

Beef and veal are the star products of Cantabrian farms. The Tudanca breed of cattle produces lean and tasty meat, and Spain’s largest cattle market is held in this region: the Torrelavega National Livestock Fair. Other meats are also important. Game is well represented, with red deer, roe deer, and wild boar. Pork is found practically everywhere in Spain, and is a key ingredient in another of the region’s most traditional dishes, cocido montañés, a hearty stew with beans, greens, and black pudding.No meal in Cantabria would be complete without a dessert course. The locals are fond of sweets, and any restaurant where you choose to eat is likely to offer its own quesadas pasiegas, a traditional cheesecake. Another local speciality is puff pastry, found in different forms and with different names, depending on the area: Corbatas in San Vicente de la Barquera, Polkas in Torrelavega, and Sacristanes in Liérganes. And although they did not originate here, milk-based desserts such as natillas (custard), rice pudding, and leche frita (milk fritters) are popular, reflecting the high quality of local dairies.These days, not much wine is produced in the Cantabrian region. The only area to still have vineyards is Liébana, but these too are gradually being abandoned. The region’s most characteristic drink is Orujo, a pomace brandy distilled traditionally and in small quantities. Its aficionados say it is an excellent digestif after a heavy meal.

A dish of mountain escargot (cooked with tomato, ham and walnuts) is a fixture at a traditional Cantabrian Christmas Eve dinner table. The rest of the meal tends to consist of fish and seafood. From Cantabrian anchovies or an anchovy casserole to the area’s famous seafood. Among the many desserts, we recommend the Torrelavega pastries and the torrijas prepared with sobaos pasiegos. 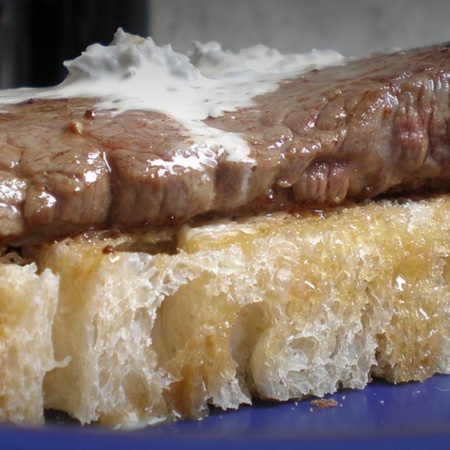