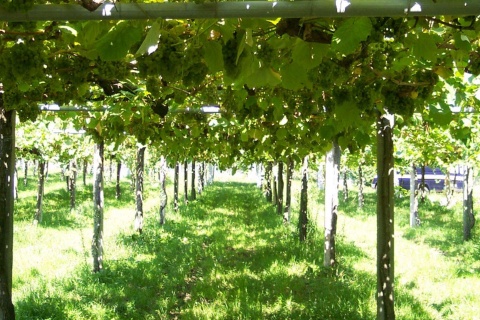 When you visit Galicia in northern Spain and head for the Rías Baixas estuary region, you'll make the acquaintance of the wine known as Albariño. The extraordinary qualities of this wine and its crisp, young character make it well worthy of the international prestige it has acquired. The Rías Baixas Wine Route is an invitation to explore everything that Albariño embodies; the wineries and vineyards where it is produced, the people who make this possible and the way of life surrounding it. Not forgetting of course the unique experience of enjoying it paired with the cuisine of Galicia.

Albariño wine stands out for its fresh, smooth taste, which pairs perfectly with fish and shellfish dishes and with seafood in general. It has a brilliant straw yellow colour with green and golden iridescence; its bouquet is floral and fruity, making it refined and tasteful, with a very pleasant effect on your sense of smell. Within the Rías Baixas Designation of Origin, the Albariña grape is the one that occupies most of the cultivation areas; however, there are also other varieties that stand out, such as Loureira Blanca, Treixadura, Caiño Blanco, Torrontés and Godello. 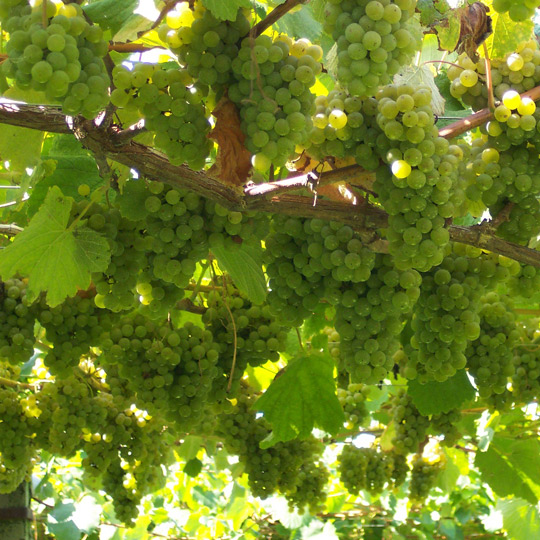 There are popular culinary festivals, such as the Albariño Festival in Cambados and the Seafood Festival in O Grove. Nature and birds at the Islas Atlánticas National Park. Beauty treatments in the spas and hot springs of La Toja. You can also travel down the estuary in a catamaran or practice water sports off the beaches in Sanxenxo. There are golf courses in Meis and O Grove, which are surrounded by magnificent landscapes. The interesting built heritage of the region’s towns and cities ranges from Romanesque churches to pazos (traditional Galician country houses), such as the Pazos de Cambados. For more information enquire at any of the tourist offices. 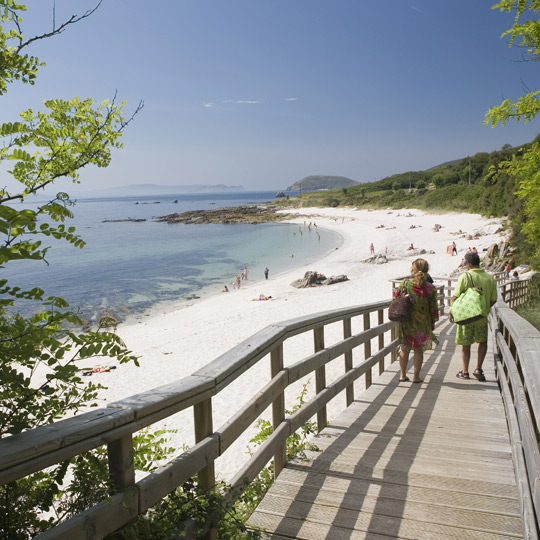 The Rías Baixas Route is located in southwestern Galicia in the province of Pontevedra. Vigo and Santiago de Compostela International Airports are both a little over an hour away by car, offering access by air. If you prefer to travel by train, trains run every day from the Spanish capital, Madrid. The road connections are also excellent: departing from Madrid, you can get to Vigo (592 kilometres) and to Pontevedra (614 kilometres) on the A-6 motorway (north-western motorway), linking with the A-52 motorway (Rías Baixas Motorway) in the province of Zamora; while the road from Portugal entering into Galicia is the AP-9 motorway. Sanxenxo, Cambados, O Grove and Vilagarcía de Arousa are just a few of the towns that appear on this route. You'll find these places also offer a number of other attractions: a rich cultural heritage, exceptional beaches, nature reserves, spa resorts… Don't miss the chance to come and enjoy them. Use the map on this page to see all the destinations on the Rías Baixas Wine Route. 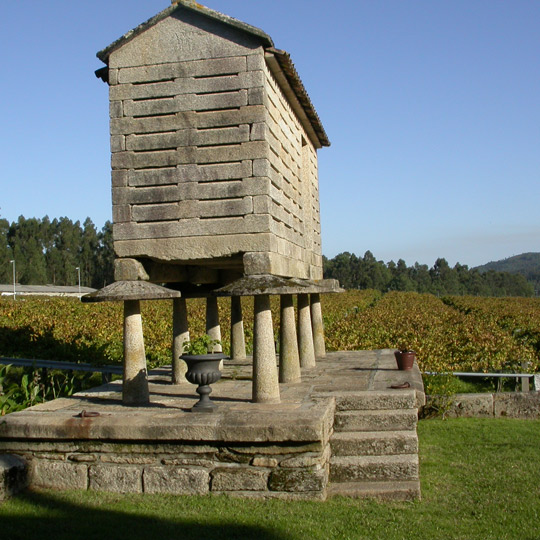